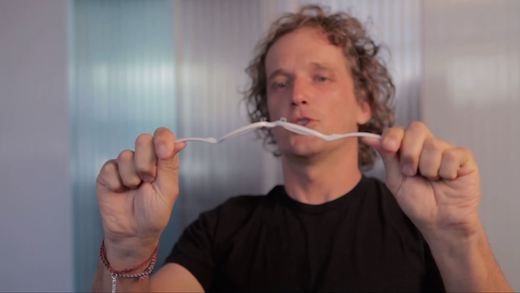 Yves Béhar displays the durability of his See Better to Learn Better glasses in the new AllSpark video.

In the video, Béhar speaks about See Better to Learn Better, a program his company fuseproject created in partnership with the Mexican government and Augen Optics. The program distributes hundreds of thousands of eyeglasses every year to schoolchildren in Mexico. Children have the opportunity to choose their glasses’ frame, size and color, giving them a chance to be involved in the design process.

Franz von Holzhausen, chief designer at Tesla Motors, says his award-winning Model X addresses both environmental and design problems in the marketplace. An electric vehicle that answers a need for both function and style, the Model X features Falcon wing doors that make it stand out and which provide easy access to a third row.

And Sujin Hwang explains that with Blooming—an adjustable prosthetic leg for above-knee child amputees—her goal was to design a prosthetic that could grow with kids. Seven movable, mass-produced parts help reduce costs, while the leg “grows” by rotating the knee joint to adjust the height. She says she was inspired to create the product after learning how many children each year lose limbs due to land mine explosions in Africa. “I want to let people know that there are people who need these kinds of products,” says Hwang.

The Spark Awards promote better living through better design. Winning designs are chosen based on whether or not their design “sparks” by changing humanity or helping the environment in some way. To learn more, visit the Spark Awards’ website.