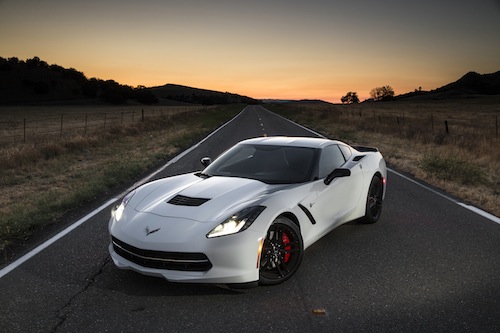 Ranked #1 on Automobile Magazine’s “100 Coolest Cars” list, the 1963-1967 Sting Ray designed by Art Center alumnus Peter Brock set the standard for all sports and muscle cars to follow. That achievement in design, performance and pure chrome and steel sex appeal has been near impossible to meet, which Chevrolet all but conceded to when they retired the Sting Ray name in 1976.

Now, 50 years after the original Sting Ray first hit the road, Chevrolet’s parent company, General Motors, is reviving the brand and launching a car worthy of the (now slightly altered) name. Meet the 2014 Chevrolet Corvette Stingray. You might say it takes a certain sensibility to capture the visceral appeal of that first Sting Ray and reinvent it for the 21st century. So it seems only natural that—just like the original—the 2014 Stingray would be designed by an Art Center alum.

Art Center will celebrate this transportation design legacy at its annual Car Classic on Sunday, October 27, where the College will present alumnus Tom Peters (TRANS ’80) with the Lifetime Achievement Award for his many design accomplishments with General Motors, including his work for Chevrolet and Corvette, and his leadership role in breathing new life into the legendary Stingray.

A Legacy of Achievement

Celebrating Tom’s well-deserved recognition, former Lifetime Achievement Award recipient Peter Brock will be on hand to recall his own success with the original Sting Ray and join Tom in a conversation about brand lifecycle, high performance vehicles and the future of transportation design. 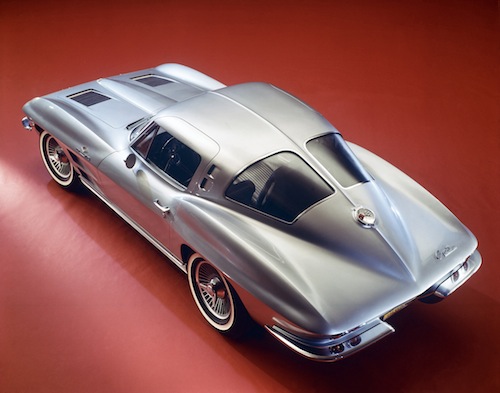 The 1963 Sting Ray sprung from the mind of Peter Brock.

“Bringing the Stingray back has been a personal goal for well over a decade. [Our team] knew the Stingray name would have to be earned and deliver an incredible, purposeful visual impact—just as the original did in 1963,” Tom said in a recent article. “That visual impact is evident in fighter jets and the stingray animal itself. As with air craft and living forms, every transition on the Corvette Stingray surface serves a purpose executed with beauty and proportion.”

Tom’s distinct point of view on re-imagining the Stingray and the inspiration he’s found in nature speaks to the theme of this year’s Car Classic.  In addition to the once-in-a-lifetime conversation between Tom and Peter, we’re assembling a panel of top designers to discuss the influence of the natural world on automobiles, marine design, art and architecture.

Car Classic provides transportation designers, car collectors and auto enthusiasts from across the Greater L.A. region with an intimate venue to experience some of the most exciting and influential vehicles of all time.  It also enables Art Center to present a holistic picture of transportation design, which encompasses the beloved cars of old as well as newer models and innovative concept cars.  As always, Art Center does so within an educational framework that reminds visitors that behind every beautifully designed car is an innovative, thoughtful and talented designer—one most likely educated at Art Center College of Design and, more often than not, inspired by nature in some form.

Tickets to Car Classic are available here for anyone interested in experiencing this Stingray dynasty of muscle cars (and its Art Center-trained designers) in person. Be forewarned: It’s almost inevitable that those who do attend will encounter several high-ranking entries on their own coolest cars lists. In fact, why not let loose with your auto envy now by listing your top five rides in the comments section below.