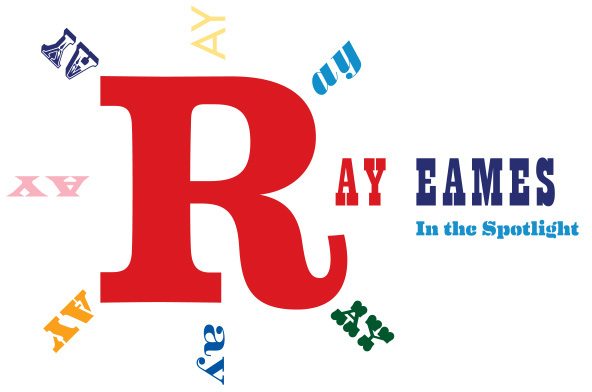 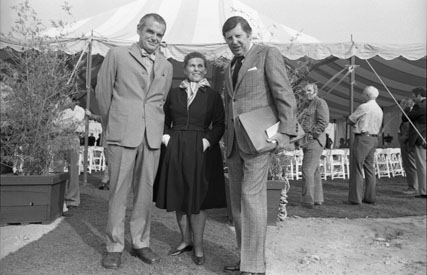 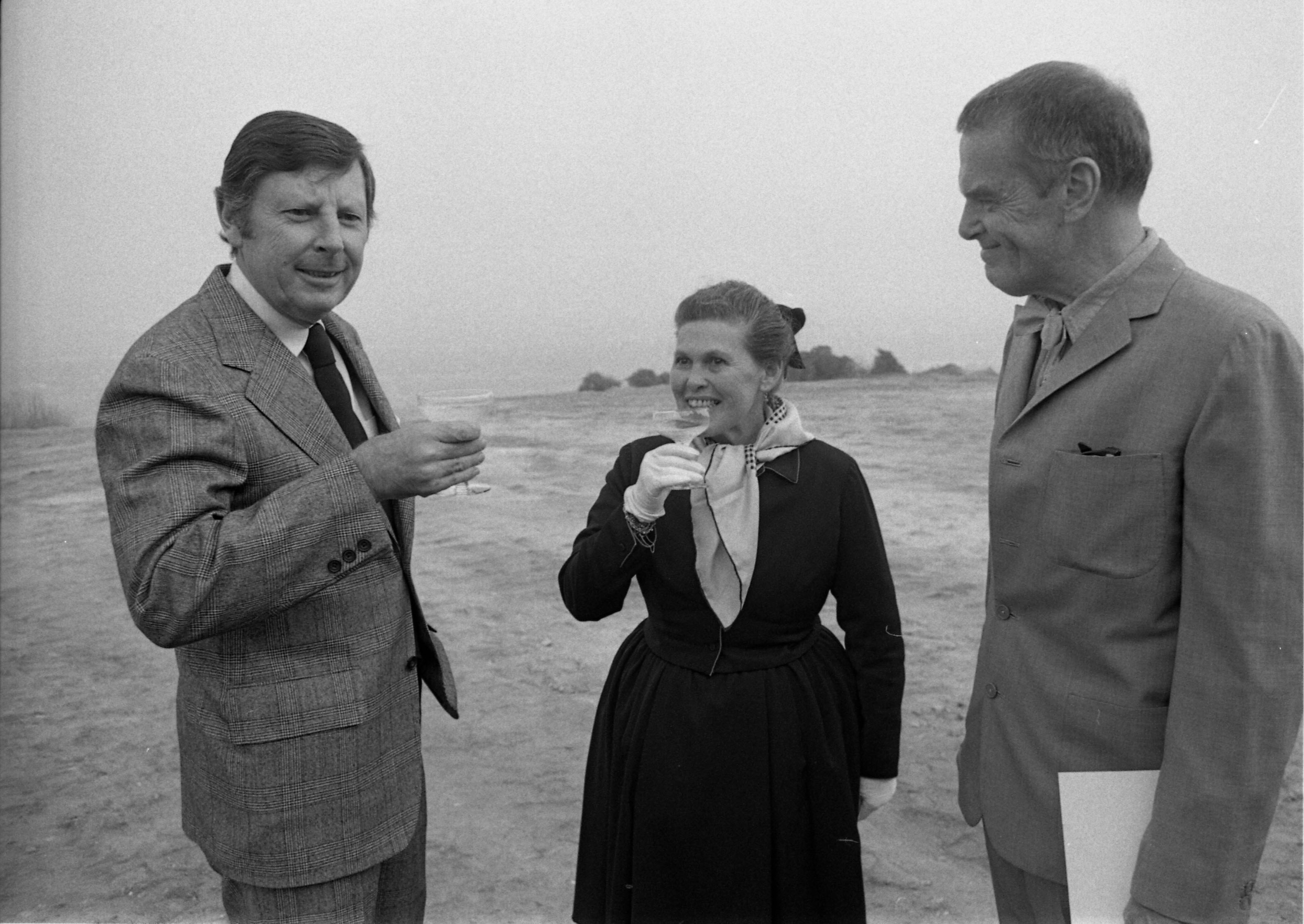 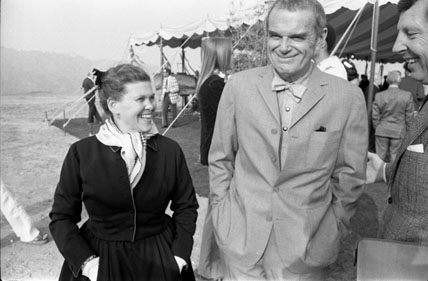 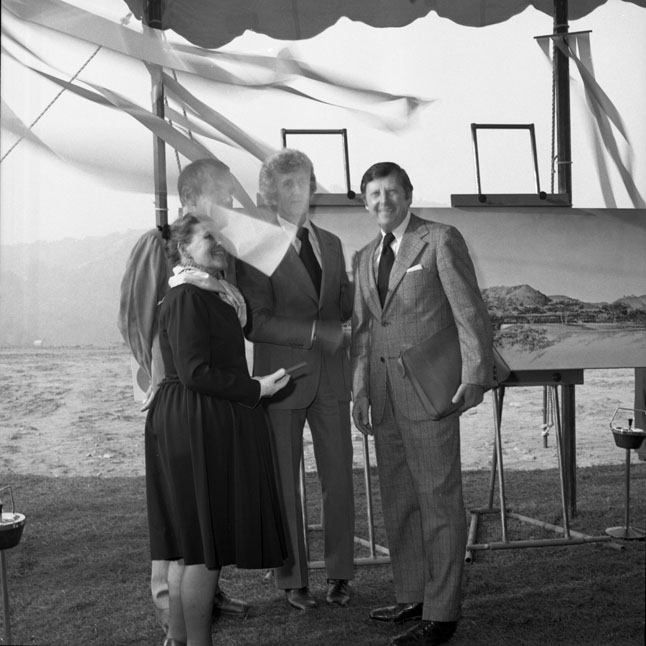 Ray and Charles Eames with Kubly 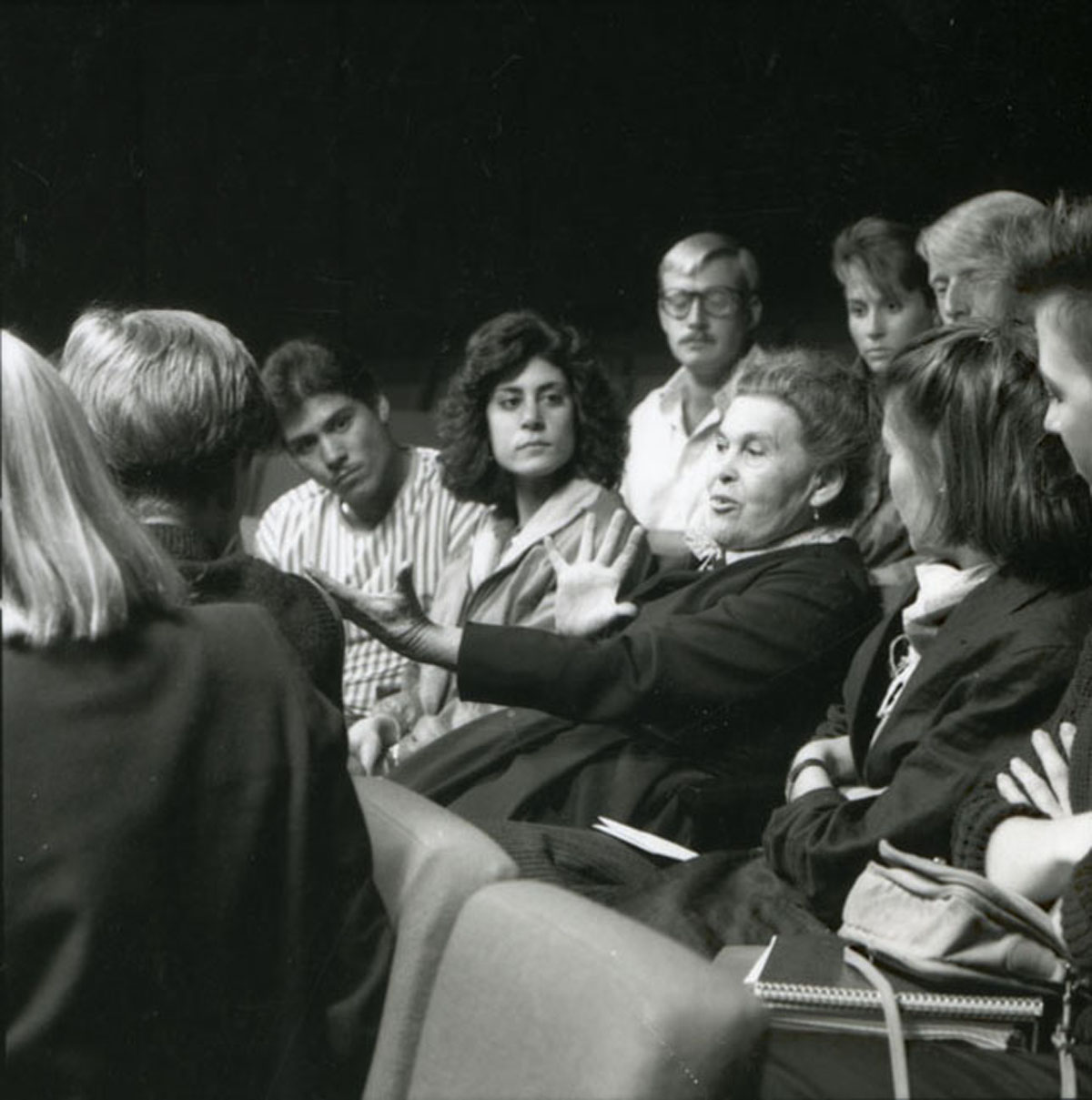 Ray Eames and I first met in Chicago while judging the 1980 Society of Typographic Arts 100 Show. I was the Communication Department Chairman at the time and President of the Art Center Alumni Association. We would often meet for lunch near her studio offices on Washington Boulevard in Venice during the 80s, and she attended several alumni functions at Art Center during those years.

Visiting her studio was always special. Everything was still in place, as it had been when Charles was still alive. Ray had been assembling and archiving, with assistance, the Eames design history, and delegating the items being sorted and donated to the library of congress. There were work tables full of documents and models. And at one time she considered  donating the facility to Art Center for student research facilities to be shared with UCLA, as I recall. Art Center’s leadership at the time declined the offer.

The above photographs with students  were taken following a presentation she made in my academic class in the mid-80s entitled, “International Design.” Her presentation to over 100 students that day featured the Eames legacy of exhibition design for IBM and special events such as “The World of Franklin & Jefferson,” which opened in Paris in 1975,  the
World’s Fair pavilions, and “Mathematica,” among others. The exhibit in
L.A. of the IBM-sponsored “Mathematica” opened in 1961 at The Museum of
Science and Industry (and would later become the subject of an exhibition in Art Center’s Williamson Gallery in 2000). Ray also presented the delightful short films
they produced.

Ray died in August, 1988, ten years after Charles’ passing, having recently completed the history of the Eames office she had been so diligently archiving. I had no knowledge of her illness as I was abroad, where I served as Department Chair of Art Center Europe.

Ray was a delight and full of wonderful experiences and stories she loved sharing. We were so fortunate to have her as part of the Art Center legacy.

“Ray Eames: In the Spotlight,” curated by Eames’ granddaughter, Carla Hartman, is a joint collaboration between the Williamson Gallery at Art Center College of Design, the Eames Office, and A+D Architecture and Design Museum, Los Angeles. The exhibition examines the modernist design pioneer’s work and life and will be on view at the Williamson Gallery through May 4.