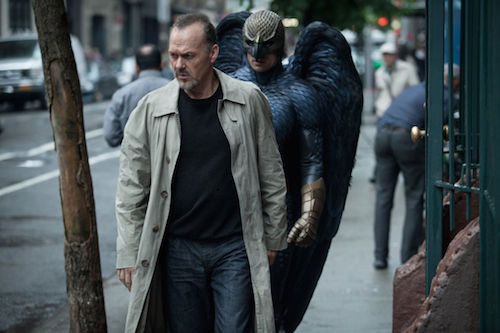 As you plan your viewing party and fill out Academy Award voting ballots before the winners are revealed Sunday night, consider these opinions from our working professional Film Department faculty. The race for Oscar gold is nearing the finish line, so we asked our panel of  experts not only what they think will win but what movies they would like to see recognized in various categories and why.

May the best film take home the biggest box office regardless of the number of statues the cast and crew collect.

Art Center filmmaking students learn directing from Bobby Roth, who started his career as a writer-director of critically-acclaimed indie films and now has more than 70 network one-hour directing credits on shows like Lost and The Mentalist.

Should win: “I really liked the work of Morten Tyldum in The Imitation Game and James Marsh’s work in Theory of Everything because in both films I totally suspended my belief and went with their world. In both cases I was moved. I preferred Theory of Everything because it was exquisite and moved me. I also loved Wild Tales from Argentina, but funny films rarely win.”

Will win: I think Alejandro González Iñárritu, the fellow who directed Birdman, will win because it’s the most showy, directorily…I suppose Boyhood could sneak by, which was also a wonderful achievement.

Actress and novelist Natalija Nogulich has been featured in more than 30 films, numerous television shows, on Broadway and off-Broadway productions. She teaches student directors how to work with actors.

Should win: I would wish for Benedict Cumberbatch to win for The Imitation Game as I found his performance more nuanced and more impactful; as if I were meeting Alan Turing. In Theory of Everything I never forgot I was watching Ed Redmayne.
Will win: I think Ed Redmayne will win best actor. The Academy loves the physical transformational roles like Daniel Day Lewis in My Left Foot  and Mr. Redmayne was impressive on that score.
Should win and will win: For best supporting actor, I pick Ethan Hawke. His performance in Boyhood is his best work to date. Again, it was the reality of his acting. Robert Duvall (The Judge) would be a tie in my opinion for the same reason.
Should win: In the best picture race, I would like to see Imitation Game win. It was compelling. Excellent acting and quite suspenseful.
Will win: However, the gold will probably go to Boyhood or Birdman both of which sagged in the middle to my mind.
Will likely win: As for actresses, there are no real standouts for me. I hear Julianne Moore was great but I didn’t see Still Alice.

Should win: As far as the Oscars go, I have a huge bias toward movies that really try to do groundbreaking visual effects. From what I read and saw 0f Interstellar, I was absolutely blown away. I know there was a lot of research and consulting done to perfect what certain aspects of space were like and I think that team really nailed it. I’d really like to see the Interstellar team win, but I’m not sure if they will. I can see them winning the technical awards, but for the larger categories it may be something that is easily overlooked.
Will win: I did not see Dawn of the Planet of the Apes, but I know creatures are always a huge sell with VFX voters, and wouldn’t be surprised if they take it.
Should win and will win: I’ve only seen one movie off the Best Picture list, so my opinion shouldn’t matter too much on the topic! I haven’t even seen Birdman, but for some inexplicable reason I would be thrilled if it won.
Doug Eboch is an award-winning writer who wrote the original screenplay for the movie Sweet Home Alabama. He’s also a prolific blogger. Let’s Schmooze attracts an impressive audience of Hollywood insiders as well as hopefuls.

Should win: For adapted screenplay, I would pick The Theory of Everything. It was a very difficult job – we know how it ends, Hawking’s ALS could have been overly melodramatic, and the science is hard to grasp. They did an excellent job focusing on the romantic relationship and finding the emotion without wallowing.
Should win: For original screenplay I would pick Nightcrawler. It’s a taut thriller with great twists and a really original and compelling character at its core.
Will win: I think The Imitation Game and Birdman will win.
Should win: I would like to see A Girl Walks Home Alone at Night win best picture because its one of the most interesting films I saw this year and it really stuck with me. It’s not nominated, though. Of the nominees, I’d pick The Theory of Everything for the reasons mentioned above.