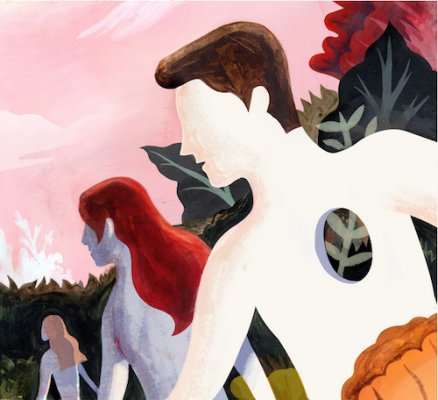 Illustration by Kim Ryu for the February 2, 2015 edition of the New York Times Sunday Book Review

It’s been a fruitful awards season—and not just for the creative team behind Birdman. Art Center alums have amassed an impressive array of accolades, from the Caldecott Medal (the Oscars of children’s literature) to the Oscars themselves. So in lieu of glitzy after party, we’ve done the next (or perhaps next, next) best thing and compiled highlights from our alumni community’s recent accomplishments below. Enjoy!

Robert Kondo (BFA 02 ILLU) and Dice Tsutsumi were nominated for Best Animated Short at the Academy Awards for their film The Dam Keeper.  Academy Awards

So Youn Lee (BFA 12 ILLU) was featured in The Korea Times for her recent work  exploring themes of hope and happiness.  The Korean Times

Bill Robles (BFA 61 ILLU) was featured in a KCRW article on his career as a courtroom illustrator. KCRW

Dan Santat (BFA 11 ILLU) won the Caldecott Medal from the ALA for his children’s book The Adventures of Beeklel: The Unimaginary Friend. KCRW Feature