Last summer, I taught a production workshop class at ArtCenter College of Design in Pasadena and was very impressed with their film program and the students. I knew the Film department Chair Ross LaManna, having hired him as a screenwriter several times over the years. But the teaching experience got me thinking about the role of film schools in today’s entertainment industry, and I hoped Ross could help explain it to me.

KA: Ross, you’ve had a long career as a screenwriter. How did you land at ArtCenter as the head of the graduate and undergraduate film programs?

RL: Quite by accident. My wife was looking for a kids’ class for our daughter and spotted a “Film Chair Wanted” notice on the ArtCenter website. They wanted the film program to be narrative driven, so a writer was a good fit.

KA: And they probably liked that you are a working screenwriter.

RL: Yes. Department Chairs have wide latitude in creating their departments’ curriculum, and we’re encouraged to continue our own professional endeavors.

KA: Talk about the emphasis of your film program and how it has evolved since you took charge.

RL: For years, ArtCenter Film specialized in training commercial filmmakers. Students had won dozens of College Emmys, Cleos, etc. We built on that legacy to include features and TV in our rigorous, visual-storytelling training. And, it may seem counter-intuitive for a film school that prides itself on training filmmakers to create dazzling visuals, but we also place enormous emphasis on the importance of the script and getting the performances from actors. In a 30-second TV spot or a 22-episode season of a series, amazing imagery has no value without a great story and characters.

KA: ArtCenter is a highly regarded art and design college. How does that impact the kind of student that ends up enrolled in the film program there?

RL: Being a film school inside an art and design college is a huge advantage for us. We tend to attract film students who appreciate visual language in film and TV. Just being around the art and design students and faculty is incredibly inspiring; let alone having the opportunity to work and study along side them.

KA: I think readers might be surprised to learn about some of the now-famous filmmakers who have attended ArtCenter in the past. 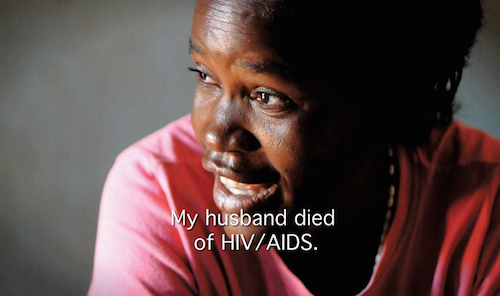 KA: Talk generally about the value of attending film school as a way to break into the entertainment industry.

RL: Filmmaking is a complex skill, no matter what aspect of the process you’re doing. Going to a production-orientated film school is the fastest, most practical path to master those skills and segue into the professional world. By skills, I don’t just mean technical know-how. A successful, long-term career requires technical proficiency, an entrepreneurial spirit, a great storytelling sense and consummate professionalism. We endeavor to train the kind of people that people want to work with.

KA: How does the faculty’s entertainment industry experience affect the program? I know you have a lot of active industry professionals on staff.

RL: I recall from my own film school experience that the best classes were at night, taught by working professionals. So, when I was hired to run ArtCenter’s Film Departments, I figured why not have all our classes taught by working-pro instructors? Their war stories are ten hours old, not ten years old. They teach our students how to prepare for the real world challenges of the industry because they face those challenges every day themselves.

KA: How do you balance your career as a screenwriter with running this program?

RL: It’s far easier for writers than a director or DP, who must be on the set. On my feature that just wrapped production, director Andrzej Bartkowiak often came to my office at ArtCenter as we worked on the script. I did daily script tweaks via email and Facetime calls during prep and production in Moscow — on the other side of the planet.

KA: Walking around campus I see a lot of international students. What attracts them to ArtCenter?

RL: I think ArtCenter is better known in Asia and Europe than in the U.S. I view this as a huge advantage because film is an international business. Many of our students graduate with established connections all over the world. Again, a big advantage. 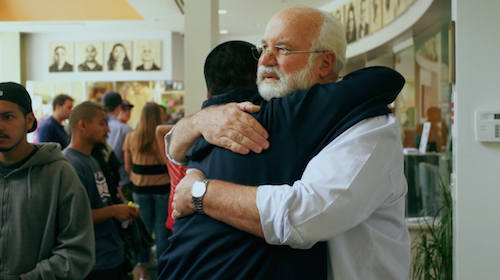 KA: Everyone knows the media world is changing rapidly. Other than more online streaming, I am not sure anyone is sure what the entertainment business will look like in 5 years. What can students do to “future proof” their careers?

RL: The more things change, the more valuable the fundamentals are. Good stories, good characters and arresting visuals are the most important parts of filmed entertainment, regardless of the form of distribution or the platform on which it’s consumed.

KA: One last question: Going forward, what’s the thing you’d like to accomplish for your program but haven’t got around to just yet?

RL: I plan to amplify our television series writing and producing offerings. There’s so much incredible work happening on TV now. Also, given how quickly the business models and technology of entertainment are changing, it’s our top priority to stay ahead of new trends. This thinking is a key component of ArtCenter’s DNA.

Ken Aguado is an independent producer, author and faculty member at ArtCenter. He is currently in post-production on “Miracle on 42nd Street.” His previous credits include “Standing Up” for Arc Entertainment, “The Salton Sea” for Warner Bros., “Ticker,” which premiered on USA Network, “Crazy as Hell” for Artistic License, and “Sexual Life” for Showtime. He is also the co-author of “The Hollywood Pitching Bible.” Prior to his producing career, Mr. Aguado was a production executive for several companies including Kings Road Entertainment, Miller-Boyett Productions and The Badham/Cohen Group. Mr. Aguado was born and raised in Westchester County, New York. He attended Tulane University in New Orleans where he graduated with a degree in Psychology.

One thought on “An Interview with Ross LaManna: The value of film school for staying ahead of trends”