Many are more acquainted with doping in the field of expert organizations. Amazingly, the brain by and by in like manner needs dope when learning or a brief time frame from that point in proficient life. In specific organizations, certain prescriptions are normal. They are taken to endure long working hours and profession pressure. Modafinil for Studying However, each and every individual who learns at the college realizes how much learning pressure the degree or state assessment carries with it. The everyday investigation is joined most importantly by the sensation of not having the option to do anything and not having adequately learned. Regardless of whether you have more opportunity to learn, the measure of learning material is not really sensible. Justifiably, this puts numerous understudies under tension. 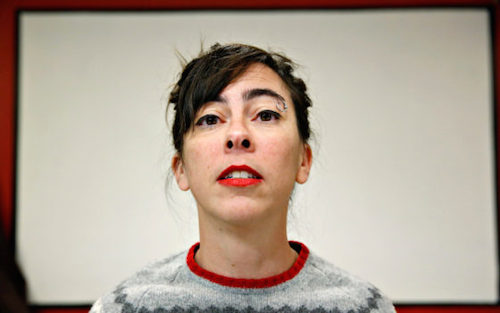 Art Center’s 2014 Toyota Lecture Series kicks off on Tuesday, September 30, with a talk by Anne Elizabeth Moore entitled: Our Fashion Year: Labor, Gender and culture with The Ladydrawers Comics Collective. The event will begin at 6pm in The Wind Tunnel Graduate Center for Critical Practice at 950 South Raymond Avenue. For anyone even contemplating missing this enlightening and entertaining evening, the following self-penned primer on Moore’s life and work should provide more than enough incentive to make room for, um, Moore in tomorrow night’s calendar.

Anne Elizabeth Moore is an internationally renowned cultural critic, Fulbright scholar, UN Press Fellow, USC Annenberg/Getty Arts Journalism Fellow and part of the team behind The Ladydrawers. She has written and edited several award-winning books: Cambodian Grrrl (Cantankerous Titles, 2011) received a Lowell Thomas Travel Journalism Award for best book from the Society of American Travel Writers Foundation in 2012. Hey Kidz, Buy This Book (Soft Skull, 2004) made Yes! Magazine‘s list of “Media That Set Us Free” and Reclaim the Media’s 2004 Media and Democracy Summer Reading List. The first Best American Comics made both Entertainment Weekly’s “Must List” and Publishers Weekly’s Bestsellers List. Unmarketable (The New Press, 2007) made Reclaim the Media’s 2007 Media and Democracy Summer Reading list and was named a Best Book of the Year by Mother Jones. Her recent book, New Girl Law (Cantankerous Titles, 2013), the follow-up to Cambodian Grrrl, was called “a post-empirical proto-fourth-wave feminist memoir” by Bust. Moore herself was recently called a “general phenom” by the Chicago Reader and “one of the sharpest thinkers and cultural critics bouncing around the globe today” by Razorcake.