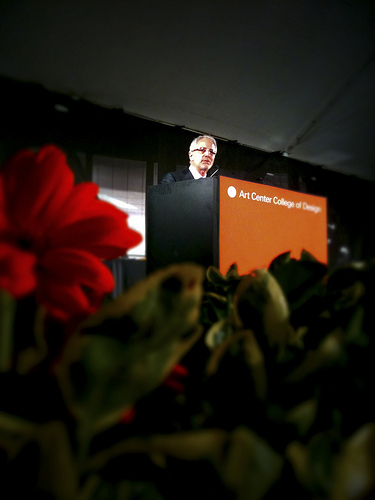 “Come Art Center—meet your own demand,” Dr. Lorne Buchman urged the crowd assembled for his inauguration at Hillside Campus. “Let us bring to our future the very fortitude we exact from those we educate. Some of the same magic that for 80 years, brought to life those gods of design, art and human expression. It’s a mammoth but vital task. We know how to do this—it’s in our DNA. Conjure and imagine things that don’t yet exist. Designers, design your school.”

On Thursday, April 22, Art Center ushered in a new era as it inaugurated Buchman, its fifth president and chief executive officer. Named president last year after a nationwide 10-month search, Buchman is the former provost and president of Oakland’s California College of Arts and Crafts. Most recently, Buchman served as President of Saybrook Graduate School and Research Center. A trained theater director and scholar, he has held a number of faculty and administrative positions at the University of California, Berkeley.

Graduate Media Design Department Chair Anne Burdick, who served as Department Chair’s representative on the Presidential Search Committee, said that while many leaders in the art and design world were interviewed for the position, just one candidate was both a team builder and a change agent. “Only Lorne had that precise combination of empathy and chutzpah,” she told the audience.

The ceremony, which was webcast live, was held in the Sculpture Garden and kicked off a weekend of special events including Spring Term Graduation and Graduation Show. 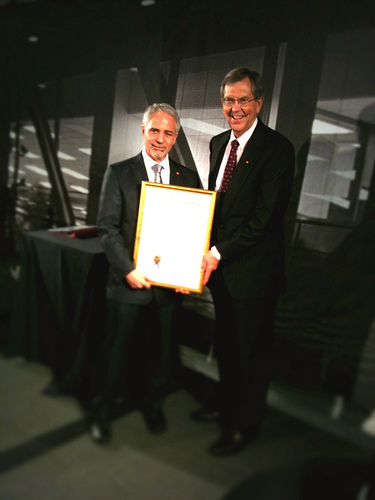 Pasadena Mayor Bill Bogaard was on hand to present Buchman with a Commendation from the City of Pasadena marking the historic event. “Lorne Buchman places a priority on careful learning, and I am confident that this skill combined with his excellent background, commitment and energy will contribute to Art Center’s future success,” he said.

Brown, who presided at the College from 1985 to 1999, was on hand to welcome Buchman. “Having known Lorne for some time, and having watched his remarkable, deeply humane career unfold, I believe that Art Center has exactly the right person to lead and to lead in exactly the way it now needs,” he told the audience.

When first named as president, Buchman said that his first task would be to listen to students, faculty and staff, hearing their thoughts on the future direction of the College. Seventh term Fine Art Student Chelsea Rector, whose father and brother also attended Art Center, represented the student body at the event. “Art Center students are thankful for President Buchman’s leadership,” she said. “He cares to know the soul of Art Center—a soul contented by his presence and his commitment to the journey that is education.” 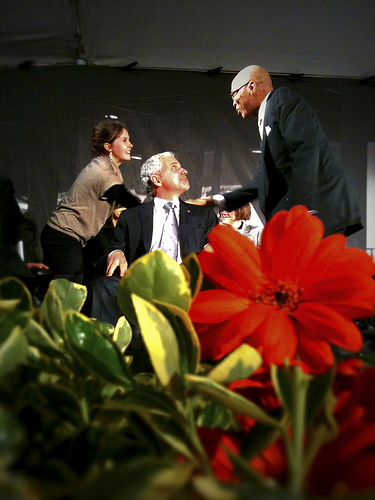 Buchman, along with the Board of Trustees, used the occasion to formally launch Art Center’s 80 for 80 campaign. With a $2 million goal over the next year, the campaign strives to raise funds for scholarships. Since January, more than $850,000 has been raised for the cause.

“80 for 80 will make this illustrious art design education possible for students who otherwise could not attend the College,” Buchman said. “I call on your generosity to aid these students who will make a difference in the world.”