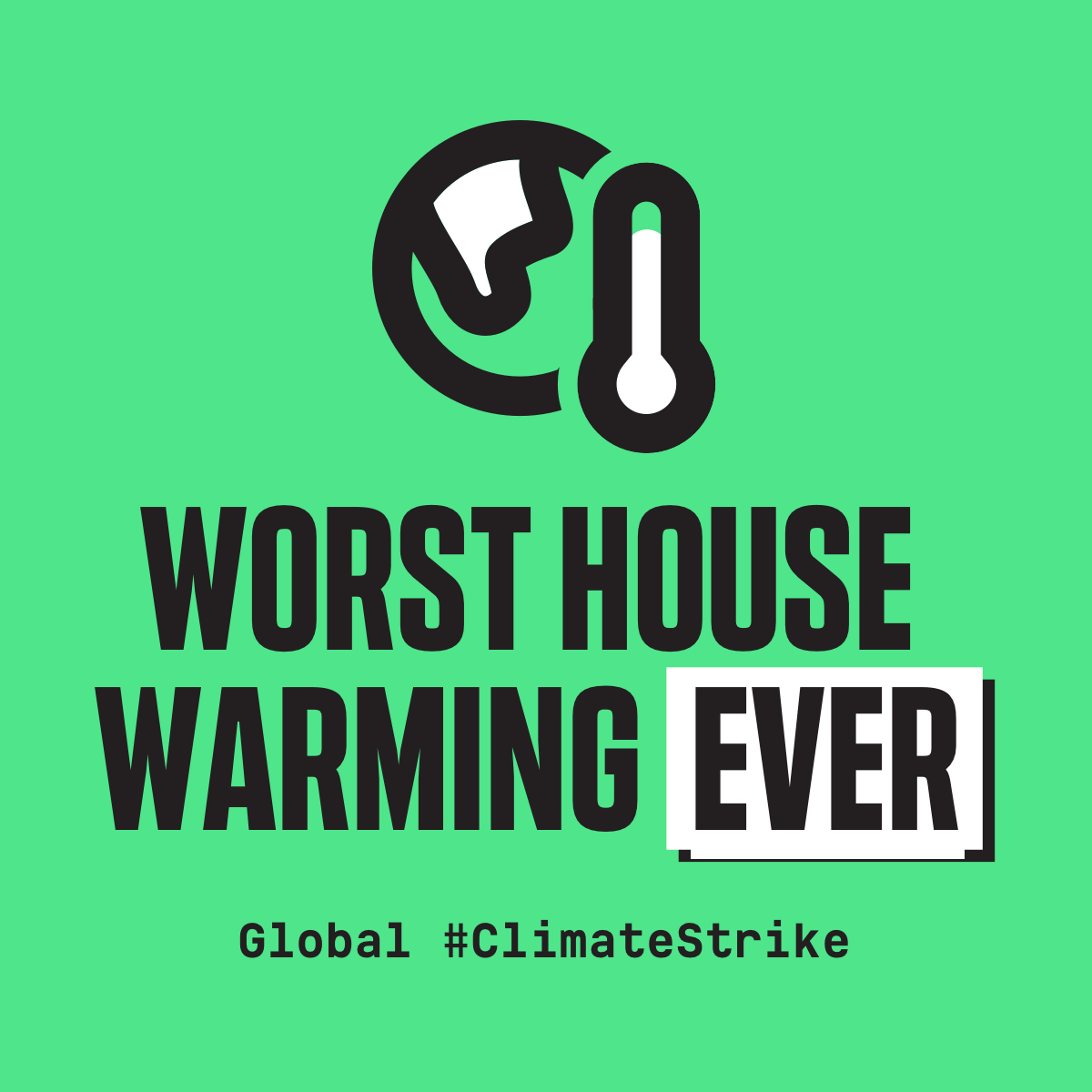 “Our house is on fire—let’s act like it.”
Global Climate Strike

According to numerous reports, the climate crisis is the largest threat of our time. A global campaign to draw attention to the climate crisis and expand the movement is underway—and we believe artists and designers have a role to play.

On Friday, September 20, young people and adults—including a number of ArtCenter students and faculty—will strike to demand transformative action be taken to address the climate crisis. Strikes are planned locally on the steps of City Hall in Pasadena and at Pershing Square in downtown Los Angeles.

The Climate Strike is part of a weeklong call to action for students and education being organized by a youth-led team of international partners. ArtCenter will express our support through campus communications and across social media.

We know that the fields and industries in which we are engaged can do more, much more, to reduce the greenhouse gas emissions that contribute to climate change. Our future depends on low-carbon, energy-efficient and circular systems, and a healthy planet. We continually look for ways we can embody these ideals, resulting in our recent removal of Foamcore from our Laser Labs and creating guidelines for students to achieve a “no waste” Grad Show. ArtCenter’s student-led eco+ (formerly EcoCouncil) also continues to host events and partner with faculty and staff to improve our curriculum and campus operations.

While ArtCenter continues to address our own climate change-related issues and make progress towards sustainability, we believe it’s important to voice our support for these issues on a larger scale. 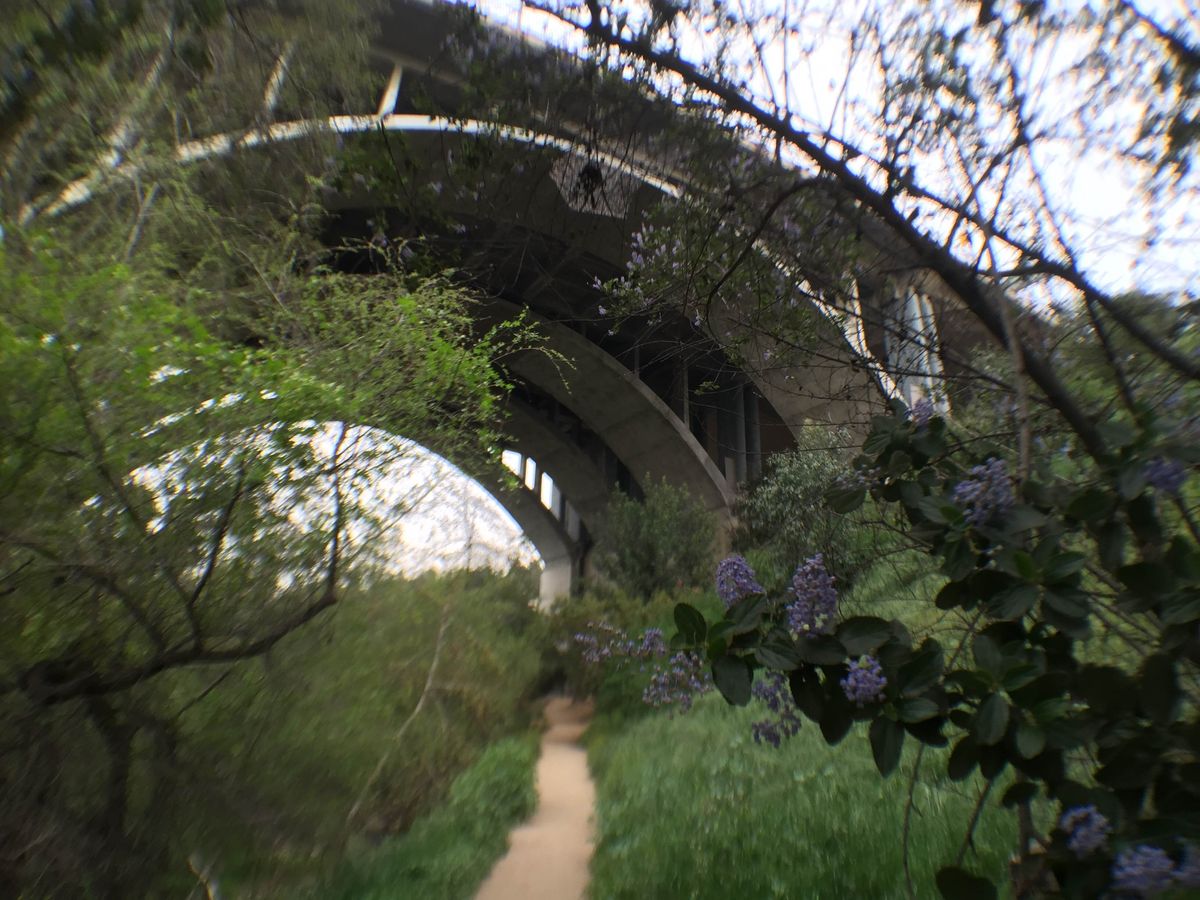 From fly-fishing and professional football to archery and bird watching, Pasadena’s historic Arroyo Seco serves as a 900-acre playground as diverse as the millions of urban sophisticates, suburbanites and nature dwellers who use it each year.

If Pasadena were to succeed in revitalizing the Arroyo’s 22-miles of trails and creating a singular vision for the canyon’s three distinct areas—the Hahamongna watershed, the Central Arroyo’s entertainment hub, and the rivers of the Lower Arroyo—the Arroyo Seco could rival New York’s Central Park, Chicago’s Lincoln Park, San Francisco’s Golden Gate Park and L.A.’s own Griffith Park in esteem and recognition.

This Fall term, a team of Environmental Design students will try to do just that as they help reimagine Pasadena’s greatest outdoor space. Embedded in Environmental Design’s Sustainable Design Studio, faculty member Professor James Meraz will encourage students to design unique spatial experiences that are sustainable, eco-friendly and environmentally responsible, with the potential to encourage a critical dialogue and a new stewardship and symbiosis in our relationship to our Southern California eco-system.

The class will explore a wide-range of topics, including public furnishings, interactive installations, play equipment, hospitality spaces, way-finding and experiences that may reinvigorate surrounding trails and landscapes. As Environmental Design Department Chair David Mocarski recently explained to Pasadena Now, “Everything happens in the environment. And so the class is really looking at possibilities of reimagining and looking at how we can elevate people’s interaction with the Arroyo Seco.”

The class project stems from a collaboration between ArtCenter and the Arroyo Advisory Group, a citizen-led effort to develop a cohesive vision and implementatio 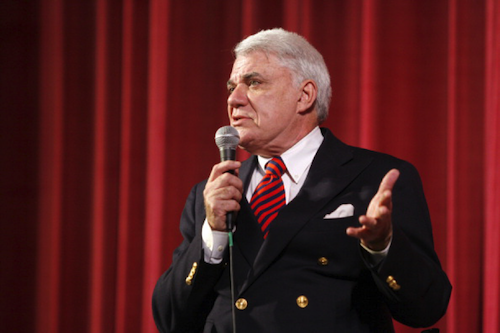 “A Constellation of Stars: The Legends I Have Known” puts renowned film critic, author and celebrity profiler Rex Reed center stage as he shares revealing portraits and anecdotal encounters he’s experienced with legendary personalities of stage, screen and literature.

END_OF_DOCUMENT_TOKEN_TO_BE_REPLACED

Earlier this week, the Industrial Designers Society of America (IDSA) announced the winners of the 2014 International Design Excellence Awards (IDEA) competition, which is regarded as one of the most preeminent design competitions in the nation.

END_OF_DOCUMENT_TOKEN_TO_BE_REPLACED 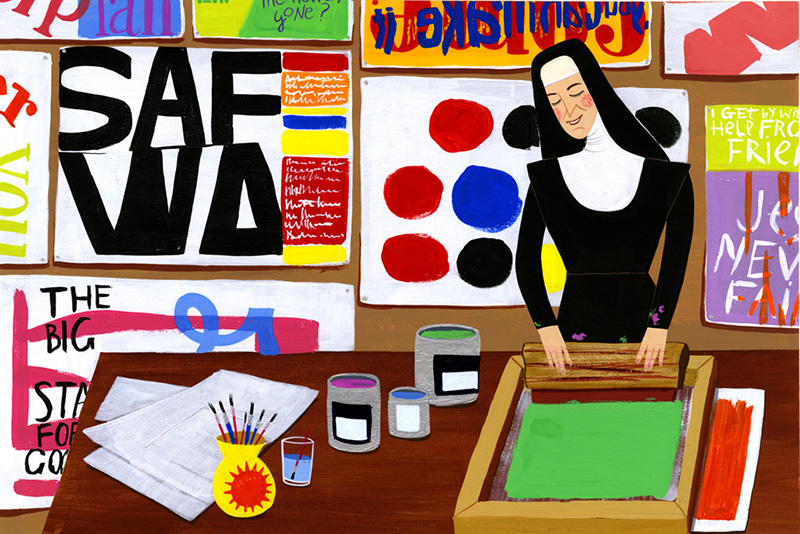 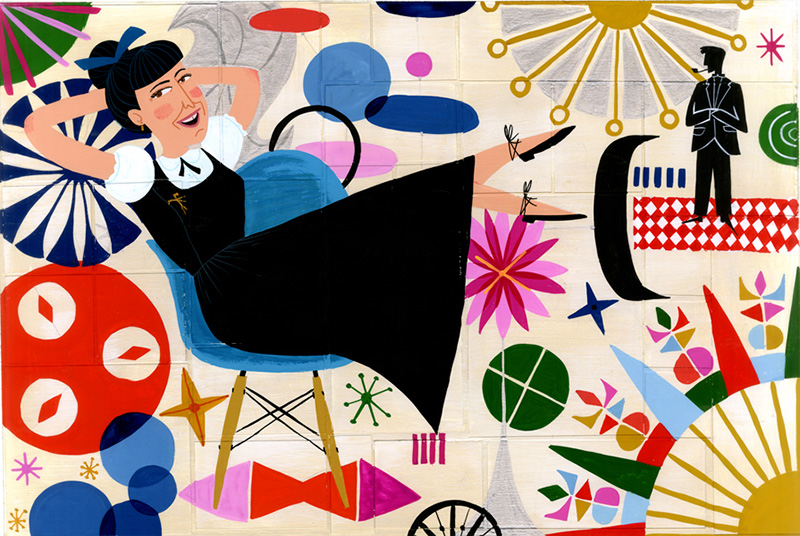 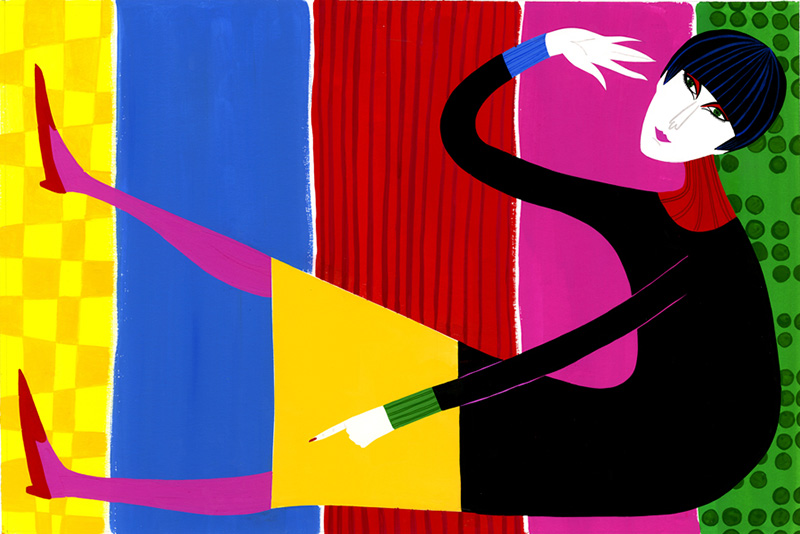 Ellen Surrey is a fervent flea market flâneur. “My greatest inspiration comes from American nostalgia, and a single thrift store find can hold so much history,” says the Spring 2014 Illustration graduate whose work is featured above and on the cover of the current issue of Dot magazine.

Her love of Americana is evident throughout her work, including her illustrations of folklore hero Paul Bunyan, a series that marked an artistic turning point for Surrey. “I really pushed myself stylistically and medium-wise and from that point on I started to gain a lot more confidence as an illustrator.”

END_OF_DOCUMENT_TOKEN_TO_BE_REPLACED 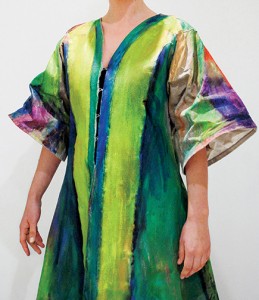 Graduate Art alumna Alexis Marguerite Teplin’s practice is noted for a theatricality based in seduction, artificiality and cultural signification–themes that harken back to Igor Stravinsky’s scandalous 1913 ballet, Le Sacre du Printemps (The Rite of Spring), culminating in the “sacrificial dance” of a young girl.

Fitting, then, that California-born, London-based Teplin is among the artists invited by the Migros Museum für Gegenwartskunst, housed in a former brewery in Zürich, to create new work that addresses the ballet, its context and its history for Sacre 101—An Exhibition Based on The Rite of Spring.

In Teplin’s live performance piece P and C, taking place at the museum next Thursday, April 24, features the sound and movement of two actors (and of Teplin herself) performing in a burlesque manner in front of one of her large-scale paintings, wearing brightly colored costumes she designed. The artist was inspired by Natalia Goncharova, an avant-garde costume and set designer for Ballets Russes, the company that originally performed The Rite of Spring a century ago. P and C is Teplin’s second performance work; her first, The Party, was commissioned by London’s Serpentine Gallery.

On view through May 11, the Sacre 101 exhibition presents contemporary works alongside a selection of Sacre documentation, much of which is being shown in a museum context for the first time. 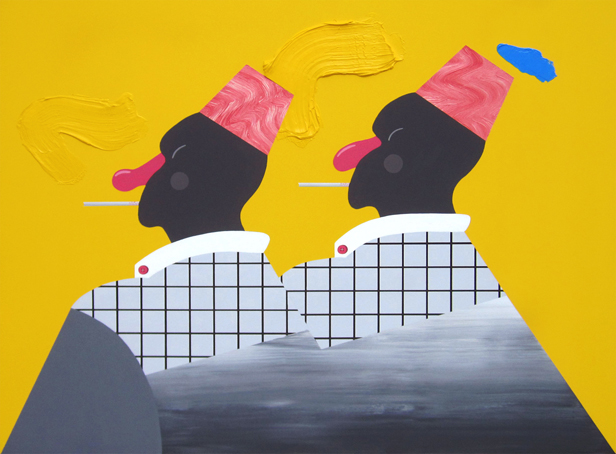 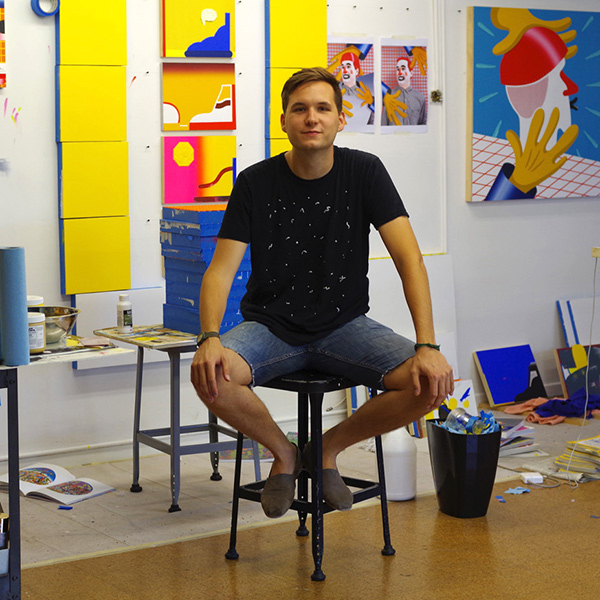 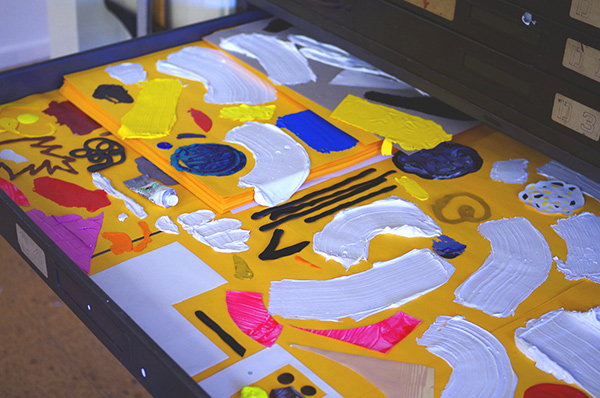 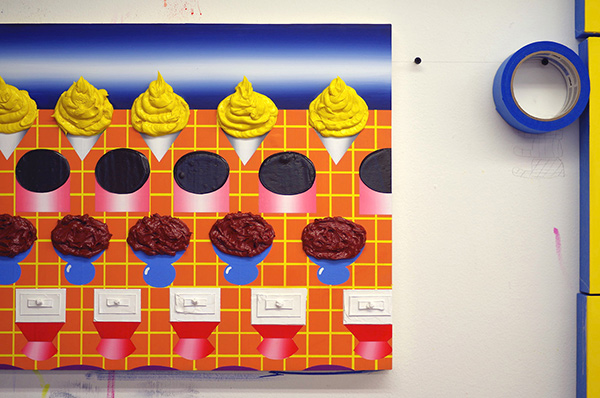 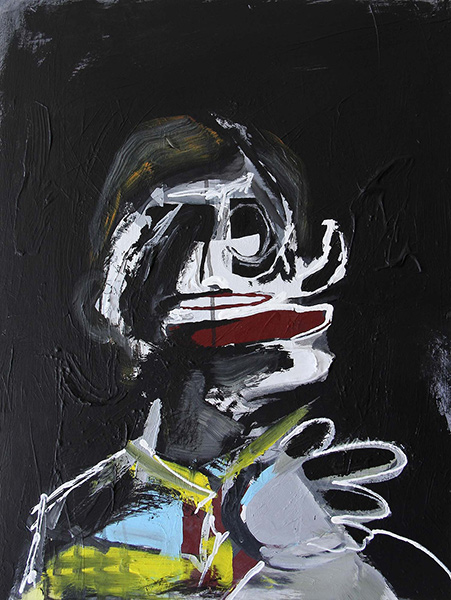 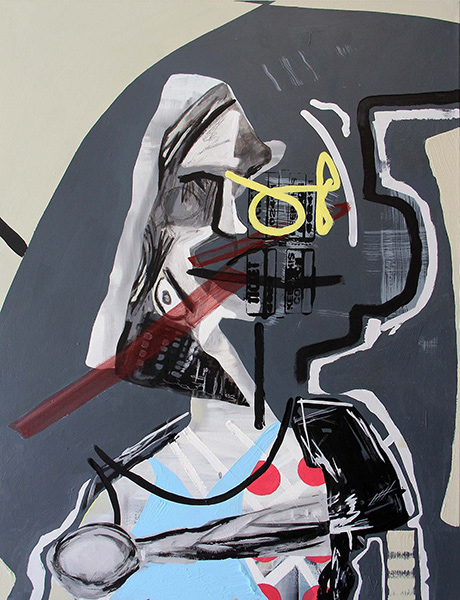 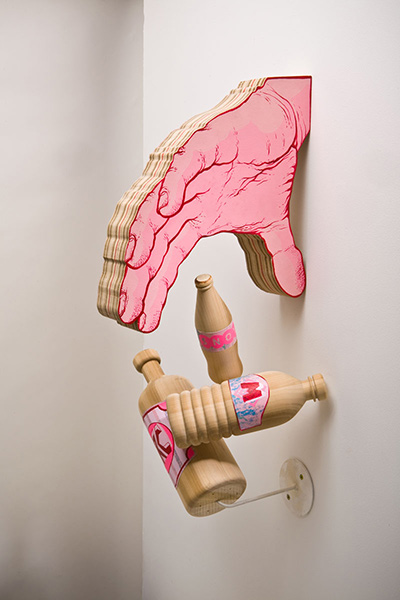 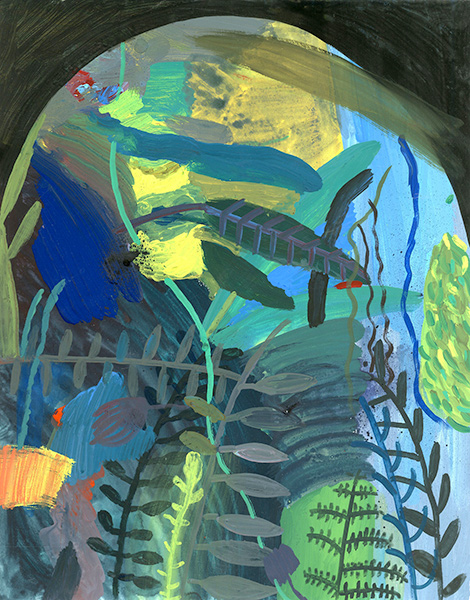 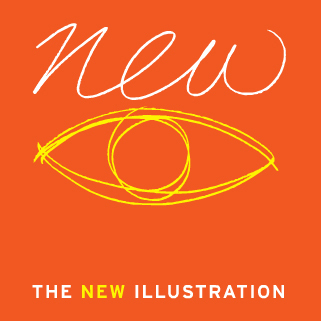 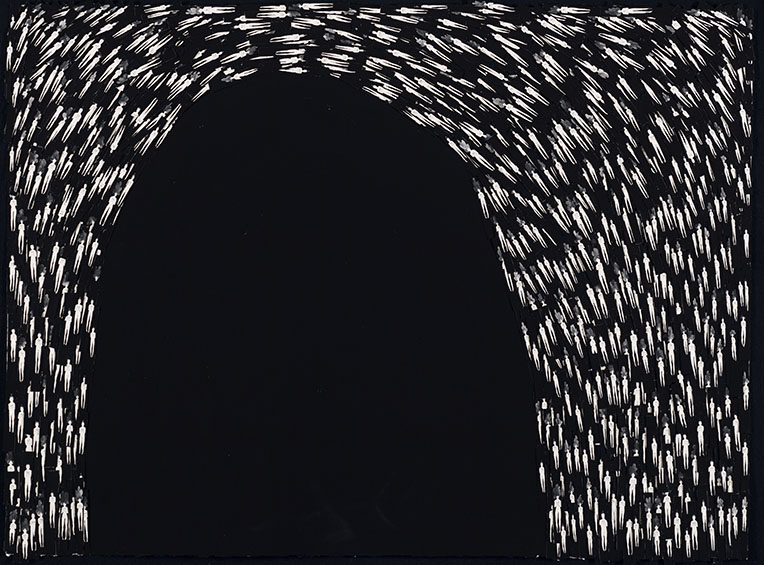 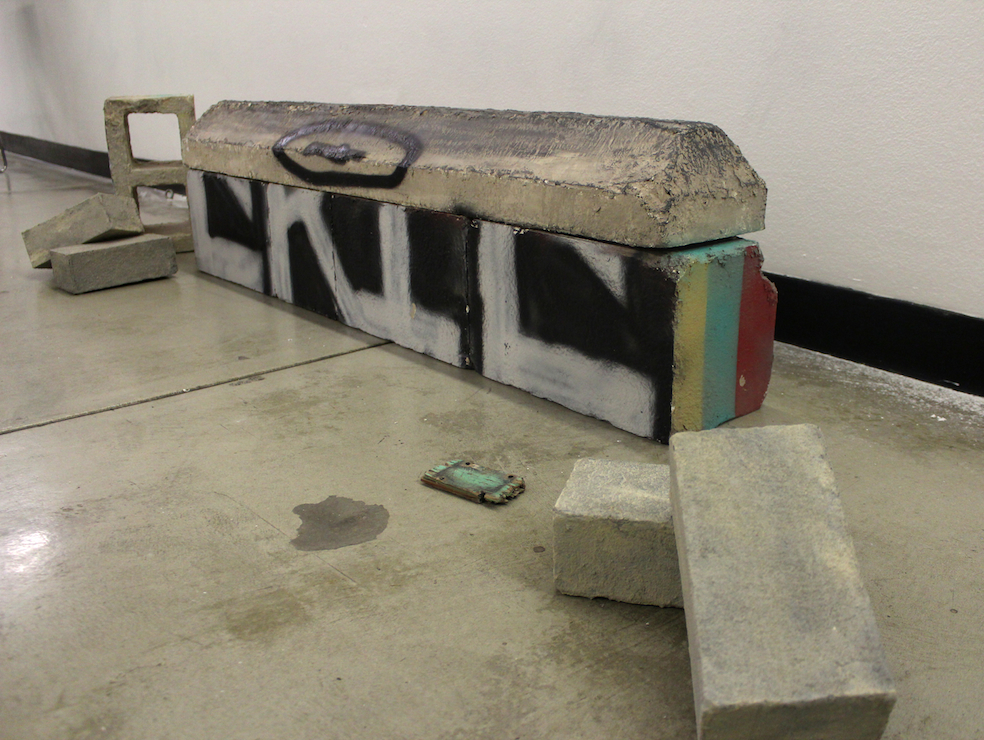 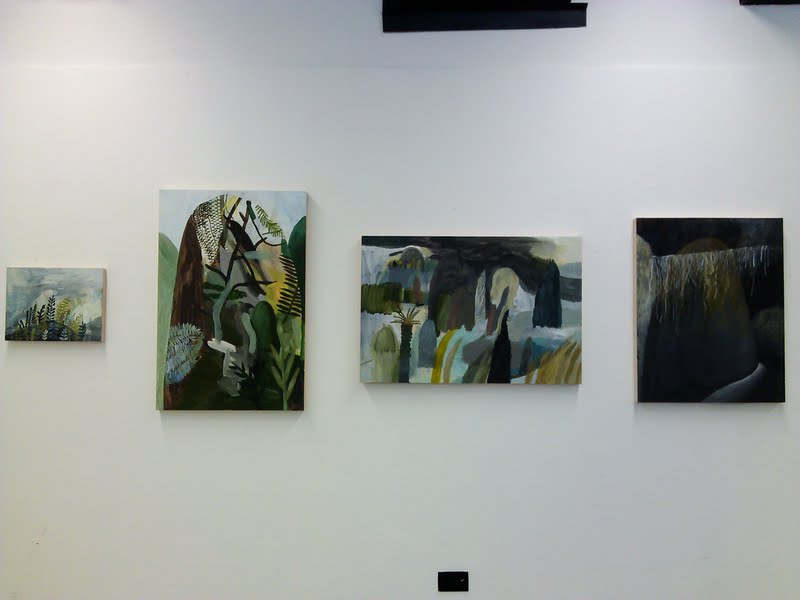 As the longest running venue for contemporary, modern, historic and traditional art in the U.S., the L.A. Art Show has connected collectors with established and emerging artists for nearly 20 years. Looking to build on that reputation, the organizers asked Red Truck Gallery owner Noah Antieau to curate a collection of work within the show to break down barriers, buck convention and create a new vocabulary. In turn, Antieau asked Aaron Smith, Art Center alumnus and Associate Chair of Illustration, to assemble a collection of work by Art Center’s Illustration alumni. The result is an Art Center installation entitled New Eye, which will join a selection of innovative galleries to form “Littletopia,” on display January 15-19 at LA Convention Center.

“Littletopia and the L.A. Art Show are a perfect fit for the Illustration Department,” Smith says. “We’re always looking to connect students and recent alumni with galleries and savvy collectors who understand the importance of investing in emerging artists. And the show offers us as a unique platform to offer those collectors a curated view of some of Art Center’s most brilliant Illustration/Fine Art alumni.”

So how is “Littletopia” creating a new vocabulary?  Smith notes that,  “the innovative, skillful and imaginative work of our alums is rooted in traditional and modern art forms; but our illustration perspective isn’t afraid to break down barriers or buck convention every now and then.”

The term ‘New Eye,’ is borrowed from the diverse tracks of study available within Art Center’s Illustration program, which encompasses Illustration Design, Entertainment Arts, Motion Illustration and Fine Art Painting — with later forming the basis for the work at L.A. Art Show. “It’s a term that our students and alumni respond well to,” explains Smith, “and it really summarizes the fresh perspective coming out of the Illustration Department.”

In addition to the New Eye exhibit, many other Art Center alums will also have their work on view, including Mark Todd, Esther Pearl Watson, Aron Wisenfeld, Ray Turner and Aaron Smith himself.

Let us know some of your favorite works from the show and who else you bump into from Art Center. 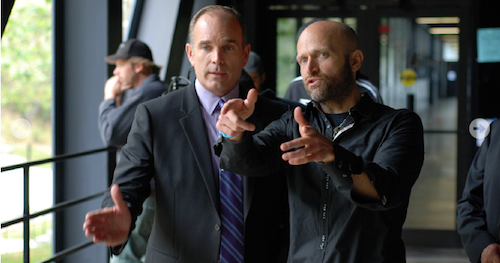 Michael Freund directs an actor in Sony: Change the World

Struck by a single image of a community organizer using a handheld camera to document the plight of low-income workers in Los Angeles, alumni Michael Freund and John Savedra took it upon themselves to create a Sony Electronics spec film, to honor mobile media’s power to create positive change.

END_OF_DOCUMENT_TOKEN_TO_BE_REPLACED 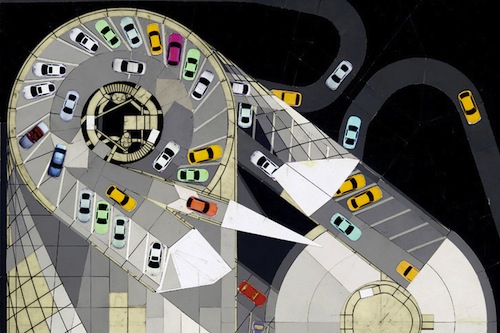 Sin Palace: Horizontal Section Cut by Michael Webb, published in The Car in 2035.

Spearheaded by Graduate Art alumna and former faculty member Kati Rubinyi, The Car in 2035: Mobility Planning for the Near Future seeks to engage a broad readership in the aesthetically and intellectually complex relationship between cars and the physical environment. More than a handful of Art Center folks have contributed to the book, which features essays by Graduate Transportation Design Executive Director Geoff Wardle and Graduate Art Chair Jeremy Gilbert-Rolfe, among others, and illustrations by alumna Jiha Hwang GMDP 11. Published in March, the book and the issues it addresses became the driving force behind the creation of the nonprofit Civic Projects Foundation, founded and led by Rubinyi. Its mission—initiating projects for the public benefit that break down silos among professional disciplines—was inspired, in part, by Art Center. “My education and later experience at the College did nothing less than pry open my mind to new values and to other communities of practice, which was a much-needed antidote to my professional experience at that time,” says Rubinyi, whose background is in urban planning, architecture and art. Civic Projects welcomes collaboration and support from anyone who recognizes the need for more creativity in positively shaping the future of urban and suburban Southern California.

This story originally appeared in Art Center’s Dot magazine. Check out Dot online for more news of alumni and faculty exhibitions, products, books, films and social impact. For a closer look at Art Center’s role in shaping the future of car design, check out this recent Westways magazine profile of Geoff Wardle. 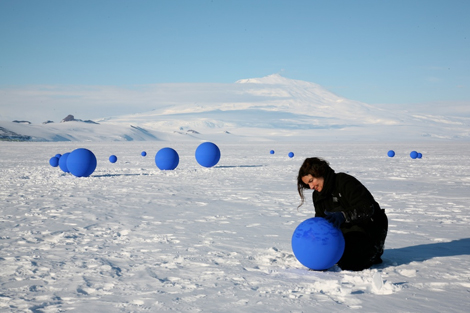 The Earth Is Not Flat (Red Hen Press, 2013) by Coles was inspired by her trip to Antarctica funded by the National Science Foundation. Filled with poetry that enters the infinite space/time continuum that is the southern bowl of the planet, The Earth Is Not Flat both observes and engages the idea of what the environment of the South Pole means as humans encounter it.

Albuquerque created the artwork, Stellar Axis, on the Ross Ice Shelf at the South Pole from Dec. 14-27, 2006, and she provided Red Hen Press with one of the photos of the installation for the cover of Coles’ poetry collection. Stellar Axis is an ephemeral installation of a star map on ice. Albuquerque and her team placed ninety-nine blue spheres on the ice to correspond with the stars above them, stars not visible at that time of year when it was light all the time.

As Albuquerque said, “I am interested in change of scale: how the observer affects the object of observation; space as a void; non-space existing in time… Some brittle stars exist in the Antarctic and Arctic, and some are found even in the deepest parts of the ocean where there is no sunlight. Others have exquisitely developed crystalline lenses, formed from the bone in their skeletons, which focus light inside their bodies and enable them to see. But this is not blackness, it is full of something from long ago with the potential of something yet to be.” [ed. note: Stellar Axis was also featured on the cover of Art Center’s Dot magazine (Spring 2012), which included a feature story on another of Albuquerque’s seminal projects, Spine of the Earth.]

For more information and to purchase tickets, visit the Red Hen Press website.