As the unofficial school mascot, Art Center’s Orange Dot has a long and storied history.

When the school was founded in 1930, designers were exploring primary shapes, so it is no surprise that a simple filled-in circle was chosen to augment Art Center’s printed materials. Advertising alum Robert Brown claims that the Dot was his idea, while Don Kubly, the College’s president from 1969 to 1985, noted that the school’s founder, Tink Adams, chose the Dot because it was an easy way to add a splash of color to the school’s publications. 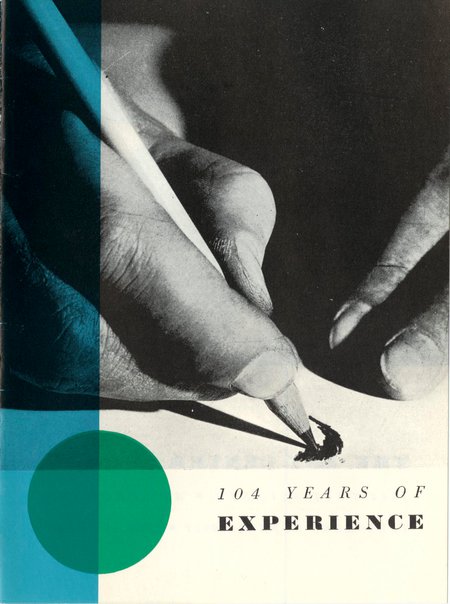 The Multi-Colored Dot
The Art Center School, as it was then known, opened in 1930 in downtown Los Angeles in a courtyard of buildings on Seventh Street.  The glass front door had a red-orange border, and in the front window, the name of the school carried a matching red-orange dot. The Dot was not limited to this color nor was it the only shape Art Center used in promotions. However, the use of dots in published materials undoubtedly began nearly at the same time as the school.

The Dot Goes Into Semi-Retirement
Due to changes in contemporary design, or perhaps because of an association with the Japanese flag, Art Center stopped using the Dot, in any color, toward the end of World War II (mid-1940s). The timing also happened to coincide with the school’s move to its second location (Third Street in Hancock Park) and Art Center may have wanted to present a new look along with its new address. The essence of the Dot lingered, however, as many publications carried photographs cropped into circles.

The Dot Returns Cloaked in Orange
When Advertising alum Kubly returned to the school to serve as director, and later as Art Center’s second president, he decided to give the school’s publications a cohesive design. 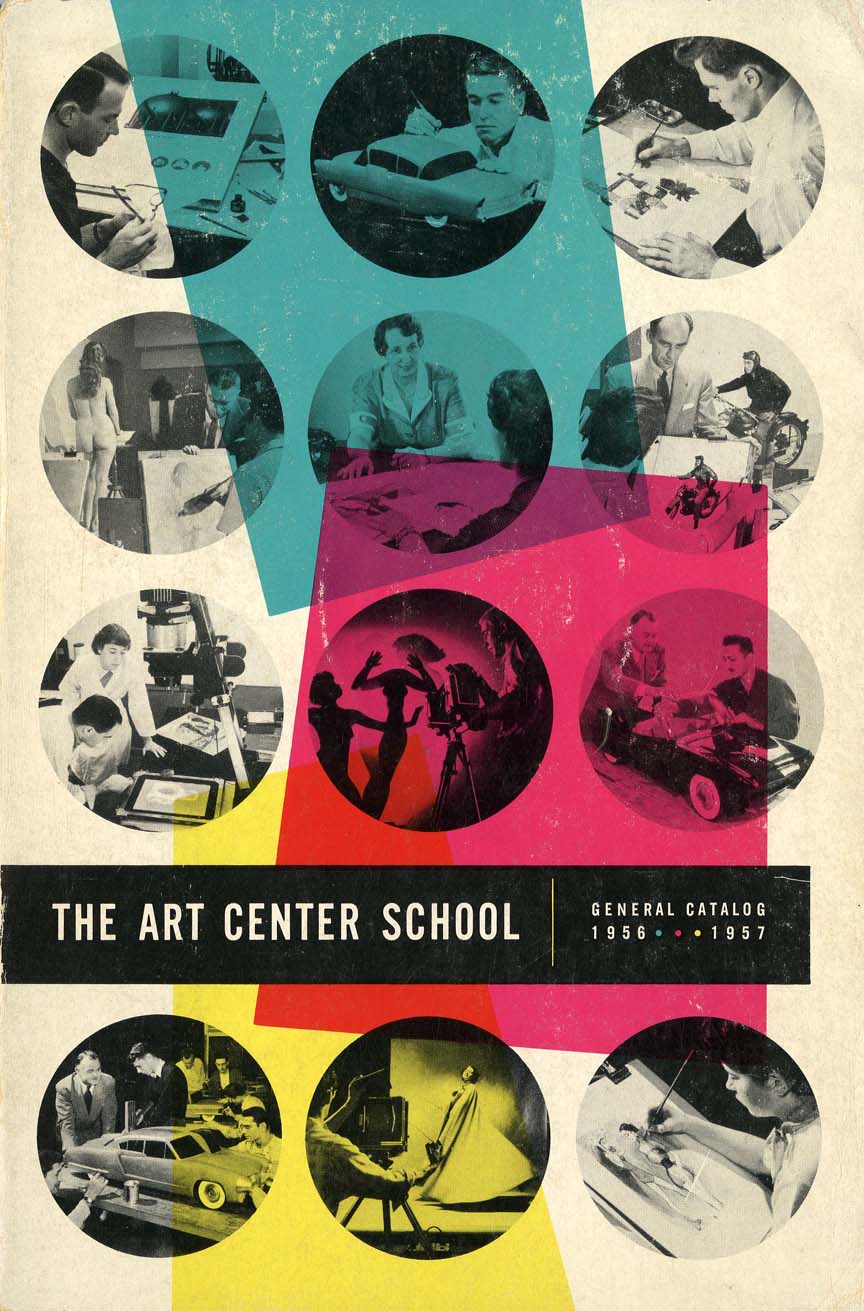 He chose the Dot for two main reasons: a tie to the school’s earliest years, and the Dot’s simple ability to represent a “center.”  The color orange was chosen as an acknowledgment of Tink Adam’s fondness for the color and the school’s original glass front door. It is during this time that the now-orange Dot became a graphic representation of Art Center. It was also during this time that the school became Art Center College of Design (1965).

The Banishment of the Dot
The Dot had a small setback in the late 1980s, not long after David R. Brown became Art Center College of Design’s third president. Just as Kubly had done before him, he decided to give the school’s graphic presentation a new look.  Advertising alum Kit Hinrichs designed a new logotype that did not include the Dot.

The new “Dot-less” look was launched in 1987.  An unofficial but persistent movement of alumni, students, probably faculty, and possibly staff, protested the Dot’s demise.  The “Bring Back the Dot” campaign lobbied for a resurrection of the school’s surprisingly well-loved orange symbol. 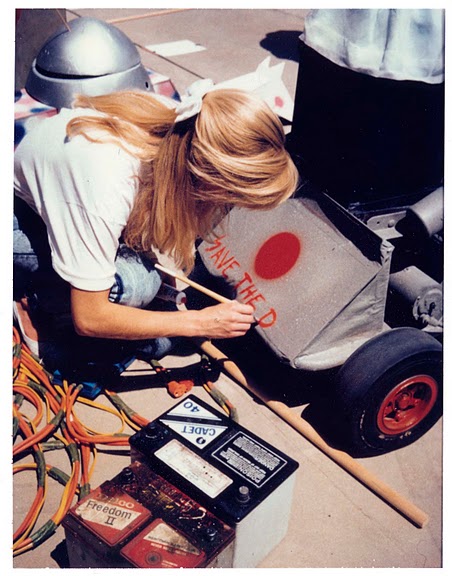 Student-led "Save the Dot" campaign

The Triumphant Return (Again) of the Dot
In 1990, three years after it was sent away, the Dot officially reappeared at Art Center. The Dot was incorporated into the school’s corporate identity.  Soon the ubiquitous Dot appeared in many creative ways in school publications, on new student t-shirts, and on the school’s Web site. There is no doubt that The Orange Dot has truly become a symbol of Art Center College of Design.

One thought on “Reflecting Back at 80: The Art Center Dot”