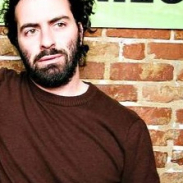 The book is about the rise and fall, and eventual rise again, of Chuck Negron of the band Three Dog Night. It’s an inspirational story of overcoming addiction and adversity against all odds. Work began in December in Los Angeles, and is expected to be competed in early summer.

Bashan is an Emmy-nominated, Clio-winning director who directs and writes commercials, features and television. He currently teaches in both the Broadcast Cinema and Advertising departments.

He has won, or been nominated for, more than 30 awards worldwide for his short films and commercials, such as a nomination for the Cannes Film Festival Young Director Award and a win for the Best New Director award at the DGA in New York City. He has worked with clients including Honda, AT&T and Coca Cola.