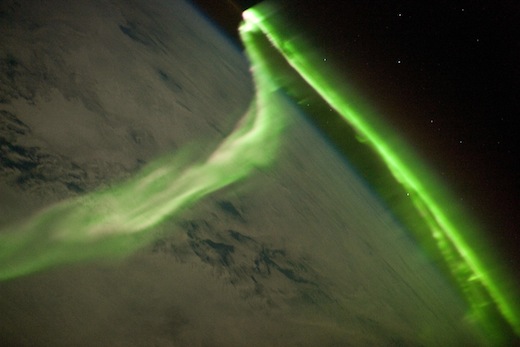 The Aurora Austalis, as photographed from the International Space Station. Photo courtesy of NASA.

Now open in the Williamson Gallery, the exhibition The History of Space Photography explores the beauty, mystery, science and meaning of images depicting our planet and worlds beyond.

Guest curated by Jay Belloli—the director of gallery programs at the Armory Center for the Arts from 1990 to 2010—the exhibition presents an extraordinary variety of astronomical photographs created since the development of photography, and will feature a number of the most important scientific photographs ever created.

From the earliest black and white documentation of the Moon, solar eclipses, and stars through the most recent color images of the early history of the Universe, The History of Space Photography is the most comprehensive exhibition of its kind ever organized. 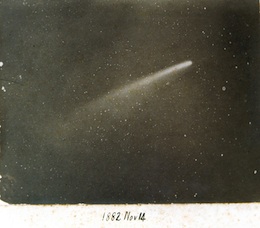 The Great Comet of 1882. Photo courtesy of the South African Astronomical Observatory.

The 150 photographs in the exhibition include: a survey of key 19th- and 20th-century astronomical photographs; a record of images from the most important spacecraft launched by NASA/Caltech’s Jet Propulsion Laboratory and other organizations to Mercury, Venus, Mars, Jupiter, Saturn, Uranus and Neptune; a survey of the most historically important images from space of our own planet; and a selection of the most important images from the Hubble and Spitzer space telescopes, showing our rapidly expanding understanding of stars, galaxies, and the formation of our universe. 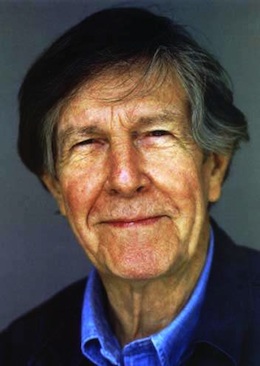 In collaboration with the exhibition, a performance of John Cage’s Atlas Eclipticalis, Variations IV and 4’33″ (no. 2) (0’00″) by Grammy Award-winning Southwest Chamber Music will take place in the Gallery on Saturday, March 10 at 8:00 p.m. Atlas Eclipticalis is based upon a star chart published in 1958 by Czech astronomer Antonín Becvár (1901-1965). Originally intended by Cage to be presented together, the Williamson Gallery performance will be the first time in which all three pieces have actually been united. For tickets—$38 general admission, $28 seniors over 65, and $10 students with full-time ID—call 800.726.7147 or visit swmusic.org.

A free rehearsal/performance of 4’33″ (no. 2) (0’00″) will take place Friday, March 9 at 7:00 p.m. as part of ArtNight Pasadena, a biannual open house for the arts in Pasadena, featuring twelve venues citywide and free shuttle transportation.