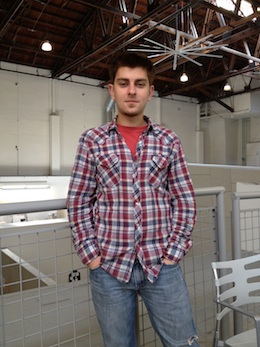 Sometimes pursuing your passion isn’t the easiest decision to make.

We sat down recently with Hartounian, and here’s what he told us:

“I was born and raised in Tehran, Iran, but I moved to Glendale when I was 10 years old. It’s been a real blessing. As a kid, I was always drawing and experimenting with images, but the thought of pursuing art as a career never crossed my mind. That would have been unimaginable. Those opportunities just don’t exist in Iran.

“I began to see things differently once I entered high school. I started taking more art classes and, with the guidance of my art teachers, I began to realize that there were real opportunities out here to be an artist. When I first told my parents that I wanted to be an artist they didn’t take it seriously because they weren’t aware of the possibilities either. Over the years, I’ve had to prove to myself and them that I’m serious and that there are a lot of well-paid, well-respected fields out there for creative individuals. 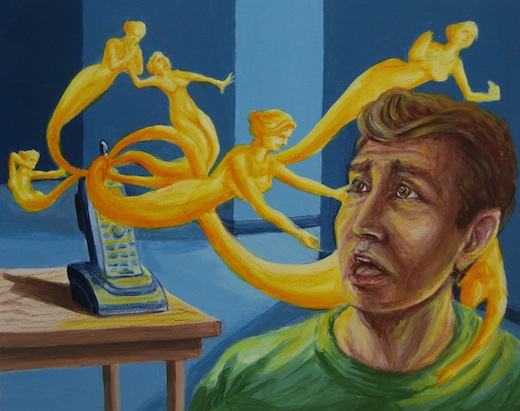 “After high school I became very serious about pursuing art and illustration. I started drawing and painting every single day and exploring how different cultures throughout history have approached art making. I also decided that if I was going to make a career as a commercial artist, that I wanted to be well prepared for it. And that if I was going to go to school for it, that I was going to come out of school having all the necessary skills—not just technical skills, but the knowledge of how to operate professionally.

“That’s what attracted me to Art Center—it’s well known and respected for its rigorous training and for preparing people for the creative workforce. Right now I’m studying at Pasadena City College, but I’ve taken several Art Center at Night courses and Art Center is my number one choice for where I want to go next in my studies.

“Last term I took Illustration Techniques with Robert Pastrana, who showed the class what it’s really like to be an illustrator. He taught us processes for brainstorming and for making images efficiently and he explained to us the different types of jobs illustrators get in the real world. I really appreciated his approach because I want to be well-prepared for what I’m getting myself into. And that course really opened my eyes.”

Registration for ACN’s Summer 2012 term is open now and classes begin May 14.