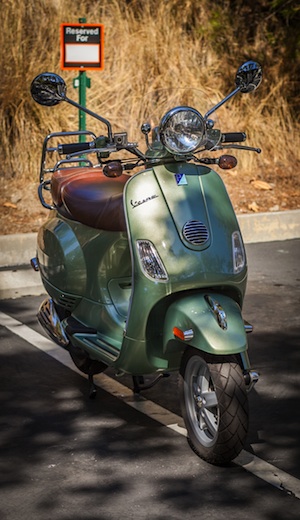 A Vespa LXV-150, one of the many vehicles Piaggio brought on campus for students to study. Photo: Chuck Spangler

Did you happen to notice a swarm of motorcycles earlier this term at Hillside Campus?

The reason for the two-wheeled gathering was Piaggio–the fourth largest producer of scooters, motorcylces and compact commercial vehicles in the world–is sponsoring a Transportation Design project this term titled Envisioning Personal Mobility in 2022. As part of the course they brought a variety of their current vehicles for students to study up close.

In the course, the Italian vehicle maker–whose brands include Piaggio, Vespa, Aprilia and Moto Guzzi–has challenged Art Center students to envision how young people, between the ages of 18 and 25, will move around 10 years from now.

Questions Piaggio has posed to the students include: In 2022 will people have the same buying power they have now? Will they be able to afford personal mobility? Will they have jobs that change more frequently?

Piaggio, which plans on opening a design center in Pasadena, hopes that the students creations both inspire its employees and provides them with insight into opportunities of important areas of growth where the company should be engaged a decade from now.

And with Car Classic ’12 right around the corner, we’re reminded of an interview we did with Art Center alumnus Miguel Galluzi TRANS ’86, Vice President of Design at the Piaggio Group, for Car Classic ’09: By Air, Land & Sea.

The full profile is included after the break. 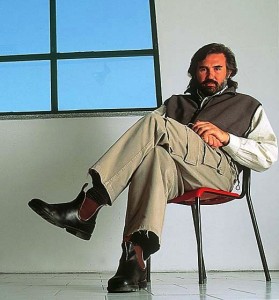 The most exciting part about design is making that first sketch,” says Miguel Galluzzi, vice president of design for the Piaggio Group, the Italian manufacturer of scooters and motorcycles, whose brands include Piaggio, Vespa, Gilera, Derbi, Aprilia and Moto Guzzi. “That’s the magic moment where everything happens.”
In the world of motorcycle design, you don’t get any bigger than Galluzzi. His game-changing creation, the stripped-down 1992 Ducati Monster, kick-started the entire “naked” bike category and stands as one of the most imitated of all motorcycles. “All you need is a saddle, tank, engine, two wheels and handlebars,” says Galluzzi of his minimalist creation on Ducati’s online virtual museum. 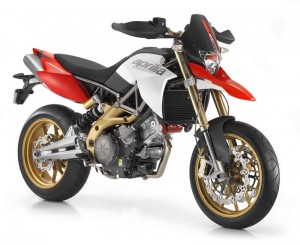 For the Buenos Aires-born Italian designer, bikes have always been a part of his life. His family raced both motorcycles and cars, so he’s been involved virtually “since [he] was born.” But a love for bikes didn’t necessarily point to a career in design. “I didn’t know anything about design,” says Galluzzi. “Or that there was a school where I could pursue this passion.” He clearly remembers when, as an engineering student still learning English in Miami in 1980, he chanced upon a “30 Years of Art Center Transportation Design” advertisement in a car magazine. Based on that ad, he visited the College and realized, “That’s the place I want to be.”

As an Art Center student, he also clearly remembers lessons that faculty like Ted Youngkin, Joe Farrar and Harry Bradley taught him—a few of which he didn’t appreciate at the time. “Some of the things they were teaching made me really frustrated,” he laughs. “But after all these years, those lessons still keep coming back to me. I’ll think, ‘Wow, those guys were really sharp,’ and it gives me that boost of extra energy I need to push ahead.” The benefit of Art Center, Galluzzi contends, is not that it teaches students about transportation design or any specific field. Rather, he says, Art Center teaches students “an attitude towards design.” 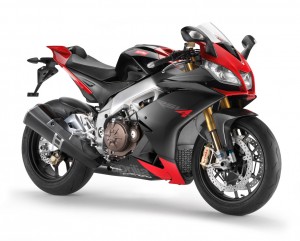 And that attitude took him far. After graduating, Galluzzi worked at Opel in Russelscheim, Germany for two years, where he designed for the company’s V-Car/Omega studio. From there, he went to Honda R&D in Offenbach, Germany, and eventually opened a Honda design studio in Milan, Italy. Galluzzi next accepted the position of chief motorcycle designer at the Cagiva Group in Varese, Italy, where he designed bikes for the Group’s three brands: Cagiva, Ducati and Husqvarna. He stayed with Cagiva for the next 17 years, where the aforementioned 1992 Ducati Monster, the 1996 Cagiva Planet and the 1999 Cagiva Raptor/V-Raptor were among his many accomplishments.

Now, at the Piaggio Group, Galluzzi is thinking about the future of transportation. “I’m not thinking only about motorcycles,” he says. “This global financial situation is opening many windows and giving designers a chance to reinvent the way we move around cities. That’s where Piaggio has an advantage over other manufacturers. We’re talking about two-and three- wheeled transportation that’s urban, mobile and intelligent. In the future, we’re going to be moving a lot more people. So we need something more practical, more ecological and more economical.”

Sparking Passion for Cars and Design

Driverless car gets greenlight in California