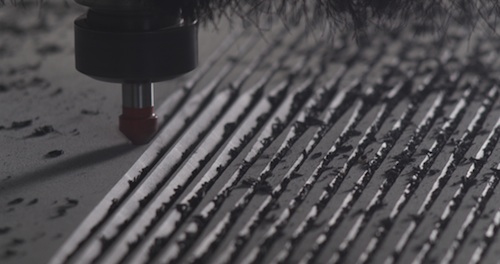 In a world where personal branding has become a social and professional imperative, our surroundings and possessions have become vehicles for self-expression. And not just the kind we drive. This is particularly true of a person’s home and the things within it.  But for anyone attempting to work within an Ikea budget, creating a one-of-a-kind living space has always been more challenging than, say, buying a customized ride.

But that may not be the case for long, thanks to the team of Art Center designers behind Khora Image, a soon-to-launch start-up that will use 3-D technology to blaze a trail through the unexplored frontier of customized home décor. “We’re trying to democratize a process to everybody and get it out to as many people as we can and empower them to design their own things,” says Product Design student Jacques Perrault, who teamed up with Art Center alums Jason Pilarski, Steve Joyner Jonathan Kim and Ryan Oenning to create a company that would revolutionize the home furnishing space by providing a digital platform where consumers can use templates to create personalized wall hangings. 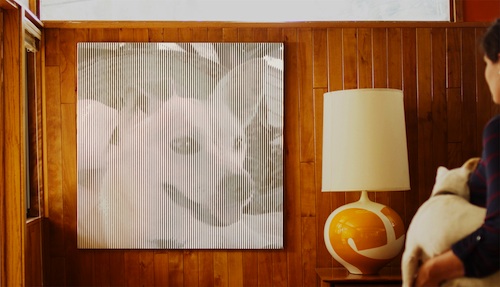 Khora Image began with a light bulb idea for individualized lampshades, printed-to-order on the on the giant CNC machine Pilarski and Joyner purchased for their design consulting firm, Machine Histories.  After unveiling the idea to enthusiastic response from the design-savvy crowds at Dwell on Design, the group of designers decided to launch a company that placed consumers in the role of designers. Khora will initially launch as Khora Image, which enables consumers to create a large-scale wall hanging out of any image, from an iphone snapshot to a magazine clipping. “It’s a process that takes your imagery and turns it into a 3-d product that gives dimension and timelessness to a photograph,” says Perrault. “So many of us have these images sitting on our desktop collecting dust. Khora Image allows you to realize that dimensionally and make it into something really tangible.”

Khora will launch a Kickstarter campaign on October 9 to generate the funds necessary to complete the final phase of the project to create the back-end infrastructure connecting the 3-D technology to the consumer-facing website. While the fascination with all things 3-D may help generate the momentum necessary in order to reach its $30,000 goal.

Team Khora did not set out to create a concept that would seize the zeitgeist. “This is what we learned at Art  Center and it’s the process we attached ourselves to,” says Perrault. “And now is it all hype? Yeah, it is a little bit of hype. But it’s what excites me about design and digital manufacturing in general. This idea of decentralized fabrication: You don’t have to do it all in one location anymore. You don’t have to go overseas and have an injection molded. You don’t have to have it hand-sewn in some faraway country. You can build it here and you can build it better and you can build it for a similar price. And you can use these tools to make it unique to each individual’s vision. I mean, wow. That was cool. That really excited us. That’s what took a casual interest and a personal friendship into something that’s now a business.”

Khora Image is just the first phase in a larger plan to stake a claim to the design-friendly affordable turf dominated by those royal blue Swedish superstores. To that end, the Khora crew has been undergoing a crash course in launching a successful start-up as one of the first companies selected to participate in The Design Accelerator, Art Center and CalTech’s design incubator.

“The ultimate vision for Khora is to one day compete with Ikea and eliminate mass-production from the process,” declares Perrault. “And we’re making a run at it by empowering people to create their own things which gives them a deeper connection to their stuff. It allows them to unify their space and them a deeper personal connection to surrounding themselves with more meaningful things.” He pauses to reflect. “We have shelving, plates all sorts of home goods we want to launch eventually,” says Perrault. “But this is the first product and it’s going to be the catalyst for Khora as a whole.”