To even the most casual observer, it’s been hard to miss the ongoing transformation taking place at ArtCenter. True to its mission, ArtCenter has been creating change, in ways big and small, physical and, of course, digital. The College’s 85th anniversary is shaping up to be quite the momentous occasion, with the recent renovation of the sixth floor of 1111 South Arroyo Parkway; the launch of a new graduate degree program in Graphic Design; a refreshed graphic identity; and the unveiling of an ambitious master plan charting the way toward a future with affordable student housing and expanded world-class facilities.

In many ways that future is already here in the form of ArtCenter’s completely re-conceived website, which debuts today.  Just under a year after hiring Hello Design to completely overhaul artcenter.edu, the College’s new website is up and running featuring a suite of innovative functionality and content designed to provide an immersive and engaging experience in all things ArtCenter. Explore the Discover feature for content tailored to your interests. Dive into Academics for a more granular details about the program’s curriculum, careers and community. Or roam the Campuses section to experience our amazing facilities.

Of course, endings are part and parcel of every new beginning. And this blog, which has served our community with robust thoughtful content over the years, will become an archive as of today. For the latest news and information, please visit the new site’s Connect section to browse Dot magazine articles, public events and ArtCenter Now, our curated social feed offering highlights from our community of art and design influencers.

We look forward to deepening the conversation begun here through the new site’s multifaceted opportunities to communicate, connect and reflect on who we are and who we hope to become.

ArtCenter has a reputation for challenging students to meet and exceed their most formidable professional ambitions, often in record time. Case in point: Graphic Design alum Pearlyn Lii, who didn’t miss a beat translating a stand-out undergraduate portfolio into a coveted job in the New York office of the prestigious design studio, SYPartners. The San Francisco-based firm, which describes itself as a “product-creation engine dedicated to helping individuals, teams, and companies be great” (and counts Apple, Facebook, Nike and Target among its clients), first discovered Lii’s unique talents through the series of Student/Space videos chronicling her creative process as she completed a class assignment— a book project about artist Brian Eno.

END_OF_DOCUMENT_TOKEN_TO_BE_REPLACED

ArtCenter’s Graduate Seminar lecture series is a forum for graduate students, members of the ArtCenter community and the general public to enter into dialogue with internationally recognized artists, critics and art historians. The seminar—a core component of the College’s Graduate Art program, and organized this spring by faculty member Jack Bankowsky—takes place Tuesday evenings throughout the fall and spring terms. Admission is free for the general public.

Unless otherwise indicated, lectures take place in the L.A. Times Auditorium on ArtCenter’s Hillside Campus, 1700 Lida Street, Pasadena 91103. Check our website to confirm dates, times and locations for the lecture series and for more information about the Graduate Art program.

END_OF_DOCUMENT_TOKEN_TO_BE_REPLACED 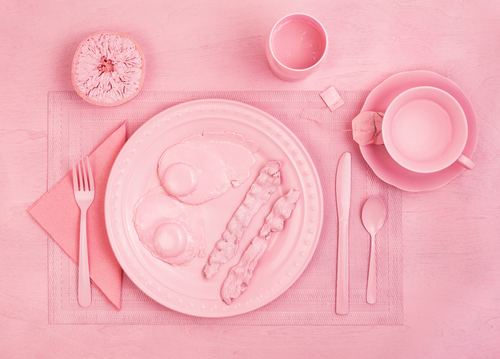 As screen-dwelling denizens of the Digital Age, our visual landscape has become increasingly cluttered with advertisements. Big and small, overt and implicit, our world online and off is increasingly filled with various forms of marketing—obvious and imperceptible, implicit and explicit, loud and quiet, artful and otherwise. And living in LA, home to Sunset Boulevard and some of the most iconic billboards in the world, raises the ad-saturation level significantly. But relief is in sight, both literally and figuratively, thanks to current Photography student Shannon Rose, whose image was chosen for one of thirty-three coveted slots in Billboard Creative’s contest calling for artists to submit work to occupy LA’s abandoned billboards.

The Dotted Line recently caught up with Rose, who took time out from the fourteen-hour days she’s been putting in on another freelance assignment to answer a few questions about her creative process and thoughts on the role of public art can play as an antidote to advertising overload.

END_OF_DOCUMENT_TOKEN_TO_BE_REPLACED

Freedom is as hard to quantify as it is easy to take for granted. But without freedom of expression, there is no creativity. And ArtCenter, as a community of artists and designers, owes its enduring culture of innovation, influence and impact to the strides made by the struggle for civil liberties, both in the distant and recent past.

MLK Day offers an opportunity to recognize our debt to the original civil rights pioneers as well as to the new generation of #blacklivesmatter student activists who have laid the groundwork for generations of iconoclasts, innovators and change makers of all persuasions to continue to create a more just, equal and artful world.

Look no further than Illustration alum, Emerson Terry, for the living embodiment of that first-wave pioneering spirit and integral relationship between freedom of expression and creative fulfillment. Terry, at age 90, is one of the College’s first African American graduates whose, um, illustrious career included award-winning work for the entertainment and aeronautics industries. The above video pays tribute to Terry’s creative and cultural legacy, fittingly produced by current ArtCenter Film student, Amadu Haruna, with assistance by fellow Film student Matthew Plaxco and Photography alum Edward Cushenberry.

In a more contemporary iteration of the spirit of protest that inspired this holiday, Illustration student, Kayla Salisbury, voiced her own questions about our collective responsibilities in this courageous essay exploring the ways in which ArtCenter community might better support its students of color and begin to foster an honest and meaningful dialogue around human rights.

Indeed, the conversation around social justice takes many shapes at ArtCenter. Humanities and Sciences faculty member and accomplished entertainment attorney, Michelle Katz teaches a course entitled The Evolution of Civil Rights, which examines the greatest civil rights threats and champions and the ways in which artists have been instrumental to the march toward a more egalitarian society. 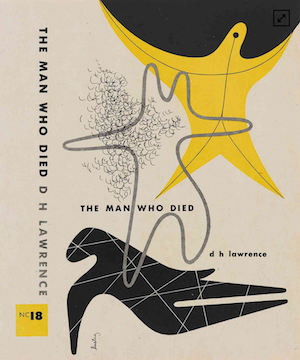 Eye on Design recently and rightly hailed LACMA’s vow to incorporate more graphic design exhibitions into its programming. The museum kicked off this new series of shows with Vitality of New Forms: Designs by Alvin Lustig and Elaine Lustig Cohen, an expansive exhibition, on view through July 4, 2016, featuring 56 works by a pair of influential and innovative designers who also happen to be ArtCenter alums.

The move to celebrate and elevate the work of talented designers is just the latest sign that LA’s signature cultural institution has also become its most dynamic and nimble, further fortifying its growing reputation as a world-class museum and one of LA’s most vital cultural resources.

This decision to feature the work of ArtCenter alums in the inaugural show in this series is a huge endorsement for College’s contribution to the field of design. And as Diana Thater: The Sympathetic Imagination continues to draw crowds and critical raves, LACMA is making a strong statement about ArtCenter’s contribution to our creative landscape, both locally and globally. 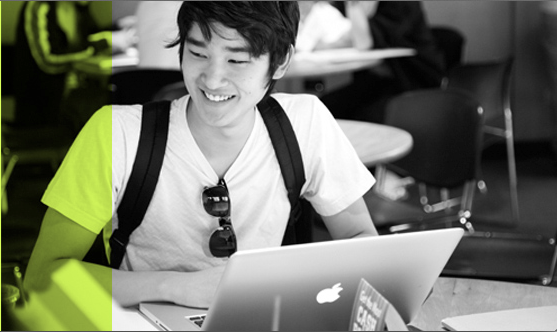 Ah, the first day of school. It’s an initiation fraught with the anxiety of the unknown and flashbacks to the horrors of middle school cafeteria mishaps. Fortunately, ArtCenter has built in a full schedule of activities to provide a soft landing to incoming students and their families.

Orientation Week’s busy agenda features social mixers and in-depth information sessions on everything from campus sustainability to the infamous ArtCenter critique. Students are also matched with Orientation Leaders, who act as guides, companions and resources for the latest insider information on navigating the academic, social and geographic peculiarities of life at ArtCenter

In the spirit of optimizing the orientation week experience for the incoming class of 2016, we’ve compiled the following authoritative collection of pro tips from our Facebook community of current and former students to help ArtCenter newbies avoid rookie mistakes.

END_OF_DOCUMENT_TOKEN_TO_BE_REPLACED

ArtCenter’s OUTSIDEIN exhibition, on display at both campuses through January 10, 2016, was inspired in part by the mural Keith Haring painted at the College’s Hillside Campus in 1989, commemorating the World Health Organization’s second annual AIDS Awareness Day. That piece, which took two days to paint, was Haring’s last completed work. Three months later he died of AIDS.

To commemorate Haring’s legacy as well today’s celebration of the 28th anniversary of AIDS Awareness Day, the above video traces the origins of ArtCenter’s longstanding relationship to street art and the insurgent role graffiti-based street murals have played in embedding social and political messages in an emerging, evolving and now mainstream form of creative expression. Combining in-depth artist interviews and time-lapse footage of their creative process, this piece provides a rare glimpse inside the creative process, connecting the dots between the legacy of this subversive art form to its current role as an arbiter of pop culture aesthetics and an access point for popular engagement with the arts.

END_OF_DOCUMENT_TOKEN_TO_BE_REPLACED

Impresario is not often listed among the careers available to industrial designers. Then again, neither is chef, host or community organizer. But combine all those roles under the umbrella of entrepreneurial problem solving and you have the makings for a successful startup deeply rooted in ArtCenter’s Graduate Industrial Design (GradId) curriculum.

Food for Thought, the brainchild of Anuja Joshi (MS 09 GradID) and Geetika Agrawal (MS 04 GradID), is a digital portal curating events around the globe hosted by local cooks offering a menu of their favorite recipes. The result: a local solution to lonely planet ennui in the form of dinner parties satisfying a universal desire for community, good food and the wonder of discovery unique to exotic travel—minus the cost of airfare and lodging.

Not surprisingly, Food for Thought, has found some serious traction with wanderlusty foodies and adventurous flocking to events worldwide. Case in point: At the most recent gathering in Lisbon, Portugal, Manuel Nascimiento whipped up some of his favorite African-inflected dishes from his childhood for a sold out crowd.

Joshi and Agrawal’s traveling dinner party may not make it Pasadena for quite some time. So we tracked them down to answer a few questions about the origins of their intimate gatherings and their unorthodox approach to industrial design.

END_OF_DOCUMENT_TOKEN_TO_BE_REPLACED 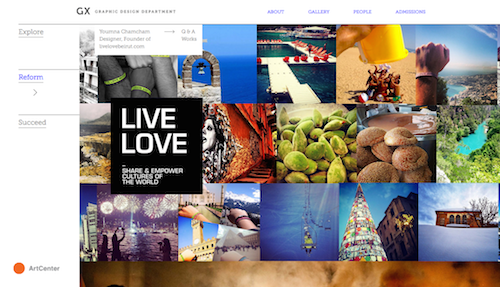