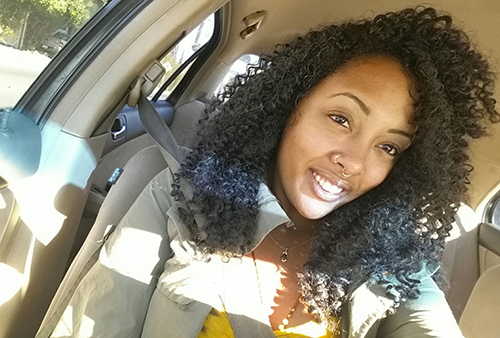 The following piece, by Illustration student Kayla Salisbury, emerged out of a dialogue that began in the comments section of ArtCenter’s Instagram page. Kayla sought to connect with other ArtCenter community members around the activist movements calling for policy change on college campuses across the country and around the world. Because ArtCenter can be an intense, focused and sometimes isolating environment, Kayla wasn’t sure where or how to engage her peers in a public dialogue around these issues. So we offered her this space to begin that conversation. Please feel free to use the comments section below to weigh in with your own opinions. And should you need more space to express yourself, we also welcome student submissions from all viewpoints.

I am writing this blog for ArtCenter students, particularly those who don’t spend much time talking to people outside their apartments and classrooms. I feel it is vital to know what is going on in the world. Everything has an effect on us, whether we know it or not. Stereotypes, the media and the current state of America are just three factors that influence us in ways we can’t even measure.

It upsets me that people at ArtCenter seem so removed from the discussion around current events deeply impacting every aspect of our world. This is not to shame anyone. Rather it’s a wake-up call intended to spark a discussion on how we can promote diversity and positive change on our own campus. Because, as an artist, everything you create is informed by the environment, media, society, needs and culture around you.

As a black student, I am an advocate for the #blacklivesmatter movement. And since it sometimes feels like there are about 15 black students here at ArtCenter, I often feel overlooked. I was sad and confused about how little talk – and action – took place on our campus around taking a stand in support of the protests at colleges like University of Missouri, particularly when colleges across the world were standing up in support of those African American students.

But this is about more than support for African American students. It is about the idea that in 2015 there is still unconscious segregation. There is still racism and injustice. This is not a black thing or black problem. It is a human thing. And as a human who pays the same amount of tuition as everyone else, I still feel many students are treated differently because of their color. And please realize: This is a problem that opens the door to all forms of racism, all across America. There are cases of the same treatment against students of all races.  But now that the media has shined a light on a ton of cases of black hate crimes, racism and murder—these issues have become more public.

When people respond angrily to #blacklivesmatter with #allLivesMatter it misses the point. Right now, the black student body isn’t saying we matter more. We’re just saying that we matter period! Police brutality and racism have always been here. They never went away. What’s new is that the visual evidence is being recorded and broadcast around the world. The ugly truth is being brought to light. I just want to know I matter. I’m an equal too.

Here’s what I propose: Read and watch the news more. Yes, it may sometimes be biased and negative. But sift through the coverage and stay up to date with the world around you. Even if you aren’t from America originally, you are a part of this family. Do not exclude yourself. This country is in pain right now. Find out why. We are trying to grow and change. Can you help too?

Stand up for justice, love and peace. Support people who are subject to discrimination. Support those students who you may have overlooked. Get out of your own bubble, and start to interact with the different people around you. We are a community here at ArtCenter. But I hate to admit that we are also divided—by majors, by departments, by race.

Get involved. Marches for peace are a great way to show support. Do something as simple as standing up against a racist comment in person or online. Do not stay neutral during a time like this. Stand beside your fellow Persons of Color and show your support, as I am sure they’d do the same for you. The world is frightening. There is war and hatred spewing from the ground: Paris, Syria, Africa, San Bernardino and more. Find ways that you yourself can contribute to the promotion of love and peace. Find a way that you can support those fallen and broken. Because the world is so much bigger than all this. I stand for change. Will you?

One thought on “Student opinion: What’s the role of activism and the #blacklivesmatter movement at ArtCenter?”