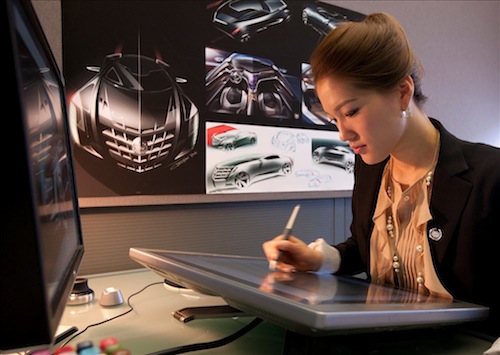 Christine Park began her career in the highly competitive field of luxury car design with an internship at the GM Advanced Concept Design Studio in Los Angeles. She has been with General Motors ever since. Now lead exterior designer at the Cadillac Design Studio in Michigan, Park’s design projects include interior themes for the 2013 and 2014 Cadillac XTS and the Cadillac CIEL convertible.

Everything, Park said, starts with the customer.

“We look for inspiration in the customer’s needs and wants. We also look for artistic inspiration: we look at internet blogs and magazines, we go to museums.” Among the many design sketches that result, a very few are chosen to be rendered by clay sculptors as 3D scale models, Park said. Some of these will be turned into full size clay models. The whole process is clay,” she explained, “because clay is easy to put on and take off and it’s very flexible. 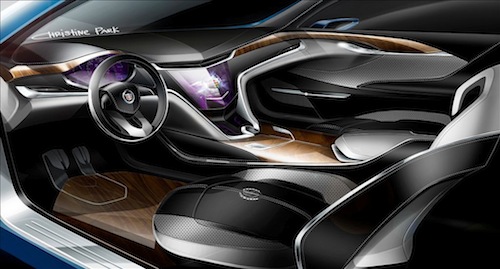 “I think that’s where the artistic flavor really starts to take place,” Park said. “This is where you’re really feeling the process, looking at it in 3D, seeing how the light is shining on the shape, how it’s catching shadow and all of that.

As a design is developed, Park and her team work with engineers, suppliers and marketing–“all different partners within the corporation to turn it into an actual manufactured car,” she said. “Once that execution process sets, we’re looking at millimeters, how the parts are coming together, how the shapes are interfacing with other shapes, how the sheet metal is covering something, what the sectioning is.”

The process can take three or four years, Park noted. “I’m always living in the future.” 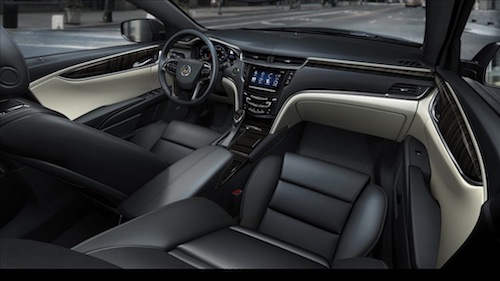 Park, who had always loved to draw, was attracted to car design as a teenager. “What interested me is the fact that we’re able to turn a drawing–a dream–into a reality that becomes something that people are going to drive and use everyday,” she said.

“I mean, millions of people that don’t know me are going to know my work. That’s an incredible feeling. And cars are sold all over the world,” Park added. “What a great way to extend your influence through your talent and your art and design.”

Art Center, “the best school to go to for car design,” Park feels, was the only college that she applied to after high school. One of the most important messages that she absorbed there and has carried into her profession, she said, is the awareness that as an individual designer, “what you bring to the table should be unique. If you’re like everybody else, why would you be needed, right?”

That lesson, she said, goes back to foundational classes with instructor and automotive fine artist Richard Pietruska. “I was one of the youngest kids in class because I came straight out of high school, and there was maybe one other girl in the class. I thought it was going to be a disadvantage being a minority like that and I thought about signing my artwork ‘Chris Park,’ because I didn’t want to be judged as a woman designer. Richard told me ‘be true to yourself. Your name is Christine Park–own it.’ That really stuck with me. I never thought twice about it after that.”

Park also learned that while talent counts, those who are “constantly working hard, constantly improving themselves and finding their own style are going to leapfrog above everybody else.

“You really need to ask yourself why you want to become a car designer,” she said. “What is it about car design that you love the most, what is it that intrigues you? If you’re going in thinking, ‘I want to be a famous car designer because it’s cool,’ that’s not going to fly. The real work is not glamorous at all—it’s really hard.

“There are only a handful of car companies out there,” Park said. “The designers that are going to stand out are the people who work hard and are very passionate about their work. I’ve been in the business since 2006 and I still love it.”