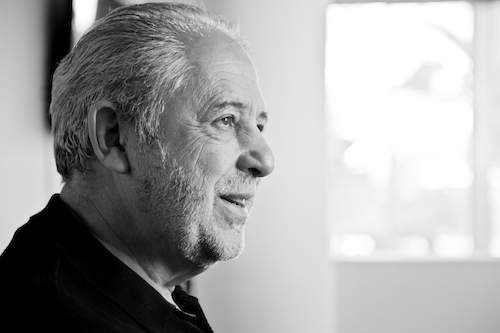 Not a day that goes by without an article on some great entrepreneurial success story. These pieces point to thriving digital giants like Airbnb, Instagram, Facebook, Pinterest, GoPro, DropBox, Uber. But in point of fact there are literally hundreds and hundreds of  entrepreneurial successes who might not have gone public for $X Billion, but are nonetheless responsible for creating jobs, revenue and spin-off opportunities and look-a-likes. But seldom do we hear of these. And they are virtually never interviewed on CNBC or anywhere else for that matter. Are these bright, energetic, hard-working companies any less successful than their mega counterparts?  My answer to that rhetorical question is a resounding no.

So let’s look first at some of the reasons that entrepreneurs take the plunge and embark on the creation of a venture. Some of the factors which might be significant contributors and provide the impetus to begin a new company might include being too creative, not  wanting a boss, having nothing to lose and everything to gain, wanting economic freedom, understanding and embracing risk, learning from past failures among others.

Mark Twain once said: “I never let school interfere with my education.” And it is worth noting that people like Amadeo Giannini (Bank of America), Dave Thomas (Wendy’s) Bill Gates (Microsoft), Steve Jobs (Apple), Mark Zuckerberg  (Facebook) all did not finish college and still created exemplary companies.

In a previous post I referred to one of the most important catalysts for a venture as a F.A.N.A.F.I. (Find A Need And Fill It). And if you were to look at most of the names above, you would see that in fact all of them found a need and filled it. In the case of Microsoft, Gate and Paul Allen purchased DOS from either (depending on the legend you are reading) Gary Kildall or Tim Patterson for a supposed fee of $50,000 and then licensed it to IBM. The FANAFI was clear: There were PC’s rolling off the IBM production lines and they needed an operating system. The rest is history. Giannini started Bank of America (formerly the Bank of Italy) in 1904. And thanks to the earthquake of 1906 he immediately took all the money in his vaults before the fired started. The other banks could NOT get the funds in their vaults (too dangerous) and so Giannini then made loans literally on the streets, with nothing more than a handshake, and in 1926 merged with Bank of America. Giannini saw a FANAFI and ran with it.

So what lessons can we learn from all of these success stories? Here are a few. Think in the future. Look for what’s missing. Write it down immediately. Build a prototype and show it to 50-100 people and ask if it resonates with them. Think big. Start small. Grow the opportunity. The more you do this, the more you will attract the moths to your flame. And your ability to attract investors will grow. You have to “stick out an 1/8th of an inch (see my previous post) and you MUST attain top-of-mind positioning. Remember, it’s not who you know, it’s who knows you. Find and build a great team of people who share your passion and are proud to work with you. Treat them well. Give them all the praise when you succeed. And accept the responsibility when you don’t.

The biggest test will be to verify that your customers ‘repeat’ and keep buying. Get to 1,000 users and then broadcast that success from your website and social media. The goal is to grow 4-5% per week (I know this sounds difficult but it is doable). If you keep growing at that rate the numbers become obscenely good. With a 4% cumulative growth rate, you will achieve 1 million customers in just three to four years. If you are able to achieve 5% growth, that number becomes 25% in just 4 years.

Airbnb began because two guys could not pay their rent and decided to rent out three air mattresses on the floor of their apartment and serve breakfast. With a rudimentary website (blog and maps) three people showed up, paying $80 each and the idea germinated. In 2008 they went to SWSX (Why do people rob banks? – That’s where the money is!) and got two bookings. They eventually raised $20,000 from Paul Graham (Y Combinator) but were stagnant at $200 a week. The photos were ugly, so they went to NYC and took better photos going door to door. Then the revenue grew to $400 a week but they were turned down by  Fred Wilson in NY. Barry Manilow’s drummer rents an entire house (and the lights go on). Then Sequoia Capital infused $600,000. Subsequently they raise $7.2 million, then another $112 million and end getting ready to IPO with a purported $10 – $13 billion valuation.

The Instagram story is very similar. Kevin Systrom learned to code at night after work, designed and built an HTML5 prototype called ‘Burbn’ and gave it to his friends.  Serendipitously, he met some investors at a party and they put in $500,000. Over a relatively short period of time, Instagram went from the old version to a new version and was into an iPhone app. But it was awful, so they threw it all out and left only the photos and called in Instagram. And the rest is history. They sold a thirteen-person company to Facebook for $1 billion.

So can we discern and define some attributes on how to success as an Intrapreneur/Entrepreneur from what I have described above? Well here are a few to consider, not in order of priority but all highly synergistic and dependent on the other. Give great customer service in line with the Nordstrom’s theory: Do something nice for a customer and they will tell A friend; piss them off and they will tell twenty. Remember what Peter Drucker said: “What is measured improves. You can’t succeed unless you fail. And the more you fail the more you succeed. Say little and do much. Ret used to Ramen for a while. Remember if you never give-up you cannot fail. Think big. Start small. And scale as fast as is feasible. Pick a good co-founder. Water and fertilize your FANAFI. Create a core of early adopters who love your product. Wake up each day and express gratitude for what you have to avoid becoming demoralized.

If you don’t set and follow your goals and objectives you will become distracted. Remember what Wayne Dyer says: “If you change the way you look at things, the things you look at will change.” Finally and perhaps this might well be the most salient in point of all comes from Steven Cory: Seek first to understand and then be understood. Understand your customers and their needs, and never forget that the selling process involves three distinct groups: the buyer; the user and the influencer. And the last is where the bulk of your efforts should reside: influence the influencer.

Errol Gerson teaches entrepreneurship and leadership at Art Center College of Design, and has taught for more than 44 years to well over 6,000 students. He is a featured speaker at colleges and universities, conferences and symposia and consults with companies on strategic management and marketing planning. He is writing a book entitled Everything You Need to Know in Life Was Taught to You by Your Grandmother, a collection of aphorisms collected from all over the world. He lives in Los Angeles, California.

One thought on “Influencing the influencers: Your essential guide to succeeding as an intrapreneur”