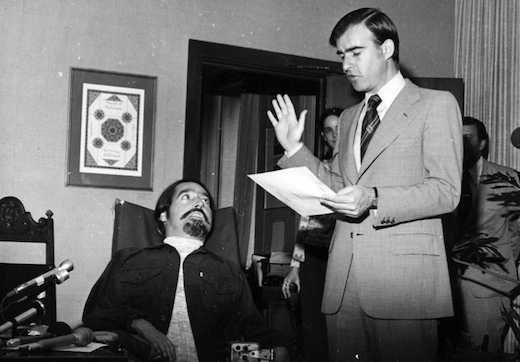 Ed Roberts in 1976 being sworn in by California Governor Jerry Brown as the State Director of Rehabilitation. Photo courtesy of the Metropolitan Transportation Committee

Last month marked the 25th anniversary of the Americans with Disabilities Act, a groundbreaking piece of civil rights legislation that prohibits discrimination against people with disabilities and guarantees that those individuals are afforded the same opportunities as everyone else. Or, as the Justice Department puts it, the Act guarantees that people with disabilities can “participate in the mainstream of American life.”

This anniversary means a great deal to me. Prior to coming to ArtCenter, I spent five years deeply involved in the development and building of the Ed Roberts Campus. This stunning and groundbreaking facility, situated atop the Ashby BART Station in Berkeley, was created by a number of disability organizations to serve as the global resource for the disability community.

The man whose name graces the campus, Ed Roberts, inspired the independent living movement and is widely considered the father of the Americans with Disabilities Act. His story is both thought provoking and exhilarating. 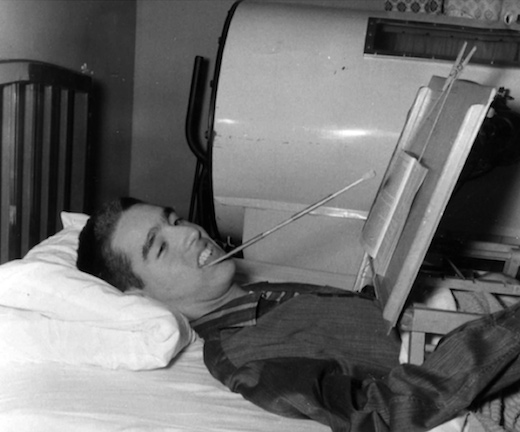 Ed Roberts, who was paralyzed from the neck down save for two fingers, was home schooled in high school until his senior year. Photo courtesy of the Metropolitan Transportation Committee

Roberts contracted polio as a teenager—he was paralyzed from the neck down save for two fingers, and slept in an iron lung at night—but, against all odds, in 1962 he became the first student with significant disabilities to attend UC Berkeley.

He once gave a speech in which he described how his mother and a social worker “got together and kicked me in the ass” to attend his senior year of high school in person rather than via telephone, as he had done for the three years prior.

Describing the first day he returned to school, he said, “I looked at someone, right in the eyes, and they turned and looked away. That was when I realized that maybe it wasn’t my problem; maybe it was their problem.”

He went on to describe the awkward stares aimed his way to be akin to the attention lavished on a celebrity. He said, “I realized, Hey, this is kind of like being a star. And I’ve been a star ever since.”

And indeed he was. Roberts not only went on to attend UC Berkeley, but he became the founder of the university’s Physically Disabled Students Program; he was an early director of its Center for Independent Living, the world’s first organization to be run by and for people with disabilities; and he was the co-founder and president of the World Institute on Disability. In 1976 he was appointed by Governor Jerry Brown as Director of the California Department of Vocational Rehabilitation–a profound irony as that very agency had once declared him too disabled to work. Today his wheelchair holds a place of honor in the collection of the Smithsonian Institution.

“What a black man like Bob Moses had been in the civil rights movement or a woman like Betty Friedan had been for the feminists, Ed Roberts was for the disabled,” Michael Lesy observed in his book Rescues: The Lives of Heroes (1991).

In short, Roberts was an international educator and leader, a profound thinker and a visionary civil rights activist. He was–and he remains–a major inspiration in my life. Most profound for me is his fundamental premise, paraphrased here, “Don’t give us your pity, remove instead the impediments that keep us from an independent life.” 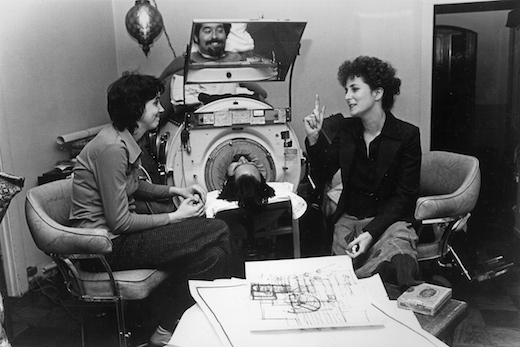 Ed Roberts, his wife Cathy (left) and architect Sally Swanson discuss how to renovate their house to make Ed’s iron lung the center of activity. Photo courtesy of the Metropolitan Transportation Committee

Which brings me to universal design. Even if you’re not familiar with Roberts’ legacy, you encounter it every time you walk down the street. Those curb cuts that allow individuals in wheelchairs to access the sidewalk? The first such curb cut in the country was created at the corner of Bancroft Way and Telegraph Avenue in Berkeley, thanks to Roberts and his Center for Independent Living, despite the resistance of legislators who asked, “Why do you need curb cuts? We never see people with disabilities out on the streets.”

The Ed Roberts campus was designed to be a completely accessible place where the disabled can access a variety of services, including vocational training, education, and housing and benefits assistance. Designed by Leddy Maytum Stacy Architects, it is filled with  innovative features, including a centrally located monumental helical ramp to the second floor. Typically off to the side or even relegated to the rear of a building, here the ramp forms the central architectural element. Corridors are seven feet wide, elevators are oversized and a wayfinding system incorporates acoustical landmarks. 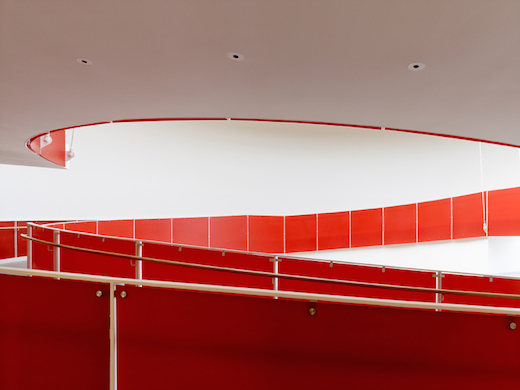 My time at the Ed Roberts Campus was eye opening and life changing, and today it brings me great joy here at ArtCenter to continue to be surrounded by passionate individuals who are committed to breaking down barriers for individuals with disabilities, particularly in the arena of universal access for athletes.

Our students have designed everything from prosthetic and pedal systems for para-cyclists and recursive bows for upper-extremity amputees to personal flotation devices for brain-injured triathletes and prosthetic legs and swimwear for single-leg below-the-knee amputee swimmers.

They’ve also been involved in a number of high-profile collaborations, including designing and implementing environmental design elements with Davis Elen Advertising for the recent 2015 Special Olympics World Games in Los Angeles; and, with Eastman and Altair Engineering, reimagining current running blade technology for amputee athletes. [See: Celebrating the ADA’s 25th birthday with a primer of inclusive design at Art Center]

And, as I’ve learned through discussions with our faculty, a remarkable number of these universal access projects were generated not because they were assigned in class, but because they were of genuine interest to the students. It’s gratifying to realize ArtCenter attracts students who understand that design is not purely a matter of aesthetics. Rather, they are willing to rise to challenges like these, delving into innovative problem-solving as they tackle social and humanitarian issues head on.

To me, this shows that equal opportunity for people with disabilities is no pipe dream. It’s a vision Roberts embraced and advocated decades ago, and thanks to his heroic efforts and the hard work of all of those who followed–including some of our own students, alumni and faculty—it is increasingly becoming a reality. The great gift begins with helping others lead an independent, dignified, life. 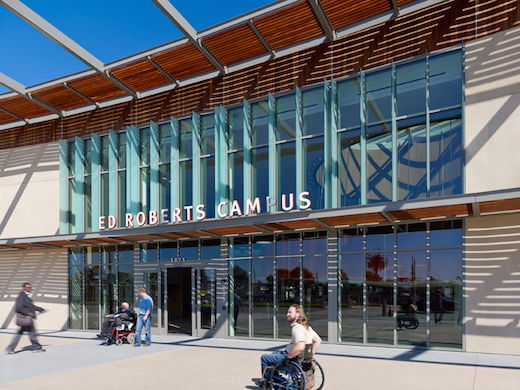 Lorne M. Buchman, PhD, is President and CEO of ArtCenter College of Design. To learn more about Dr. Buchman, please visit his page on ArtCenter’s website.