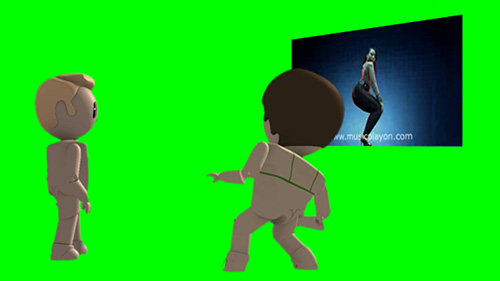 It is not often that an artist has both intrigued and intimidated me as much as Frances Stark (MFA 93). So it was with some trepidation that I set out to the Hammer Museum to see Stark’s mid-career retrospective, UH-OH: Frances Stark, 1991-2015, on view until January 24, 2016.  The exhibition brings together more than two decades of Stark’s poetic compositions and autobiographical reflections, featuring 125 works, including the artist’s early carbon drawings, intricate collages, and mixed-media paintings as well as her more recent videos. 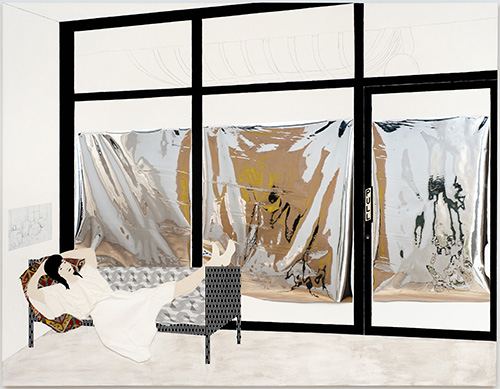 Maybe I had read too much about her. Maybe I had read too much by her. Maybe I overthought the whole thing. I have been traipsing through museums and galleries since before I could traipse. So I’m familiar with the art world vernacular; but my real understanding is pretty anemic. I was lucky to grow up in a milieu that included intellectuals and artists—wonderfully smart talented and engaging people. But I often felt I belonged only because everyone was accustomed to me being there. Armed with my insecurities, I took two of the smartest people I know—my parents—with me to provide intellectual support.

When we got there I was relieved to discover that Stark’s work, while complex, is also very accessible. The exhibition is inviting and visually pleasing.  On the surface it is both cheerful and cheeky. Unlike much contemporary art, we didn’t always have to guess what Stark is trying to convey because the accompanying descriptions were comprehensive.

But that only helped to some extent. There are many layers to Stark’s work; and a considerable amount of knowledge and sophistication is necessary to understand each layer. Stark both lays herself bare to viewer yet carefully controls her presentation. She reveals some very personal information but it is clear that each revelation is meticulously planned and considered.

I was particularly drawn to works of tiny precise rows of repeating letters that, read vertically, became words. I became slightly obsessed, not very successfully, with making out the words. The exhibition’s description of this work is illustrative of both the beauty and complexity of her pieces:

Stark is an artist-writer in a tradition that includes Donald Judd, Robert Smithson, Mike Kelley and Barbara Kruger, among others. She cites Smithson’s artwork/essay, Heal of Language (1966), which converts works into imagery, creating a landscape of letters, as the inspiration for Erosion’s Fertile Debris. Like Smithson, Stark draws with words, and in this early drawing series she developed the technique of using letter, repeated horizontally, to vertically spell out phrases borrowed from her favorite writers. Here, like sand deposited at the sea floor, the evocative phrase is repeated over and over, settling at the bottom of the page.

My mother, an artist and a scholar, inspired by Stark’s use of text, pulled out her books of illuminated manuscripts when she got home to re-visit the beauty and art of Arabic script, leading her to reflect on the use of words in art throughout time and across genres. My father, a scholar and author, came up to me in the middle of our visit and said, “I don’t know how you are going to write about this.” Exactly. How indeed? 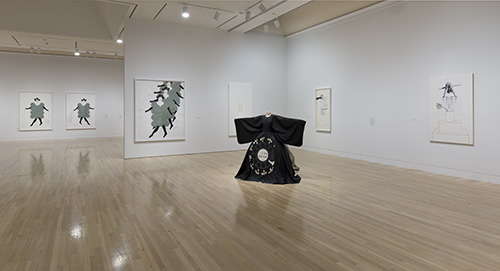 I left the show thinking I would have to come back many times and would perhaps understand a little more each time. The exhibition is beautiful and thought provoking. Stark’s brilliance is overpowering and humbling.

Editor’s note: Frances Stark is one of two alumnae from our Graduate Art program to have major, institutional, midcareer shows in Los Angeles at the same time: Graduate Art Chair Diana Thater’s (MFA 90) exhibition Diana Thater: The Sympathetic Imagination at LACMA opens November 22. Thater’s story is chronicled in our most recent Dot magazine.