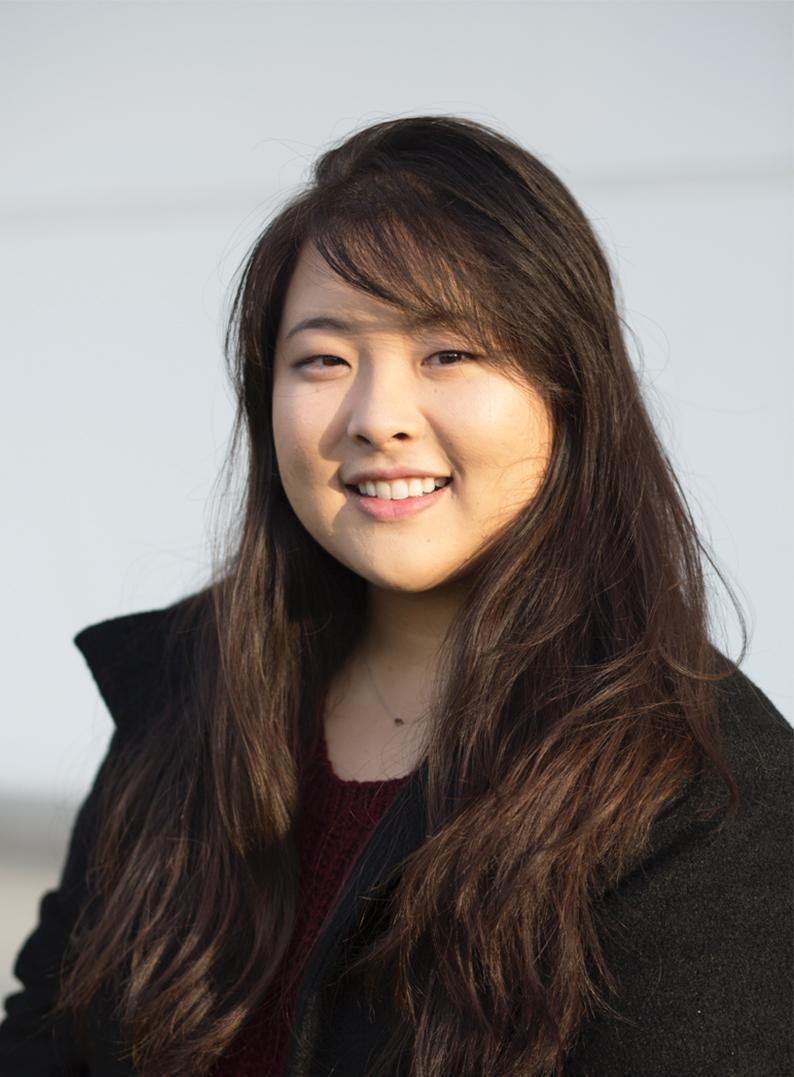 On Saturday, December 15, Michelle will be graduating with a degree in Illustration, a minor in Social Innovation and she will be receiving the coveted Student Leadership Award. This award fulfills ArtCenter’s vision of educating artists and designers who are not only leaders within their professional fields but also leaders in their communities. She has come a long way from feeling “useless and hopeless.”

Each term, the College reaches out to the campus population for nominations from peers, faculty and staff. All nominations are considered by a committee of faculty, staff and students and they select the student who most demonstrates leadership through their participation in ArtCenter’s campus life, community outreach, student organizations and department initiatives. The selection committee is often faced with a difficult task of choosing between exceptional students who are both high academic achievers and valuable contributors to the College community. This term proved to be excruciatingly difficult when the committee was presented with multiple nominees who each probably would have received the award had they not all been nominated for the same term. The top three were especially strong contenders.

Michelle, who topped this competitive field of nominees, received nominations from students, faculty, staff and alumni. It is worth noting that the College does not solicit nominations for this award from alumni so the alumni nominators had to take initiative to participate in this process, and many did simply because of the impact Michelle’s leadership had on their lives while at ArtCenter.

Michelle’s extracurricular resume is impressive, and it’s no wonder she networked with so many of the College’s community members: she served as Director of Student Solutions and then President for ACSG (ArtCenter’s student government), where she spearheaded the Student Employment Project that established greater transparency, accountability and appropriate compensation for student workers, welcomed in hundreds of new students through orientation programs, and hosted the College’s first Leadership Awards Dinner; she co-led TEDxACCD 2017, which included successfully pitching the College’s Board of Trustees for funding support; she served as a student board member for Full Circle, the College’s philanthropic membership community; she was asked to serve on the Provost Selection Committee and was an active participant and key member of the group; she was an active member of the ArtCenter Business Club student group, organizing company visits in San Francisco and Los Angeles; she founded the ArtCenter Freestyle Dance Society, offering students a time and place for fun and active stress relief; she participated in a number of Designmatters, Study Abroad and Sponsored Project classes; she created an open source empathic toolkit for artists and designers to use when conversing with complex users, in her case she was able to utilize it to engage with homeless individuals in Pasadena; she participated on an internship panel discussion, represented the College at a NAKFI (National Academies Keck Futures Initiative) conference and served as a teaching assistant for Expressive Type.

In addition to her remarkable list of accomplishments, Michelle’s nominators noted her particular brand of leadership. “She cares tremendously for everyone and her passion for designing a more thoughtful world is never forgotten,” noted one student.

A staff member was personally “impressed by her warmth and charisma.”

She was described as demonstrating “a continues effort to be selfless, caring, kind, compassionate, comforting and inspiring” by an alum and as someone who “jumps into the unknown with willingness and a sense of humility that allows room for others,” by a faculty member.

Michelle relates that she was driven by fear of her past failures but found what she describes as her ‘golden egg’ (her passion for adapting, collaborating and creating positive long-lasting impact) by joining a community, ArtCenter, that valued her for her skill sets and didn’t judge her on her past failures.

“In the end, I wanted to help others realize that they are valued. That our skills in the classroom are powerful outside. That we can make a difference. That we aren’t useless and hopeless. And that we all have a golden egg.”

Vincent Zhang
Product Design’s Vincent Zhang is perhaps the ying to Michelle’s yang. His resume reads very similarly—he is a student board member of Full Circle, he served as President of ACSG and Director of Social Media and Marketing, he co-lead TEDxACCD 2017, he was President of the ArtCenter Branding Atelier student club, he participated in Design Storms, he was an orientation leader for multiple terms and he worked as a teaching assistant. He garnered nominations from students, faculty and staff.

He was lauded not only as a leader, but as a mentor and was credited with creating the growing infrastructure of ACSG, inspiring others to take leadership roles at the College.

A student nominating him said “Vincent helps you discover your own potential. He inspires and gives hope. He transforms flaws into strengths.”

A student who worked on TEDx with him described his leadership—“he bravely led with a vision that he wanted it to be a place where folks could experiment, fail and contribute. It felt messy at times but it was a beautiful organic process.”

“Vincent is one of those exceptional student body members whose contributions, energy and passion for design have made ArtCenter a more inspiring and enjoyable place for faculty, students and staff alike,” said a faculty nominator.

Alvin Oei
The third in this trio of spectacular Student Leadership nominees, Alvin Oei, perhaps holds the record for most words written about or by a student while at ArtCenter. Early in his ArtCenter tenure, he was profiled in ArtCenter News (then called the Dotted Line), here and again here. He was the subject of a student story here. He described his personal journey for ArtCenter’s Storyboard here and in a video here. And, he wrote about his trip to Dubai to present a Designmatters project here. His litany of accomplishments include founding and developing the ArtReach student club, starting student chapters of TEA (Themed Entertainment Association) and IIDA (Internation Interior Design Association) at ArtCenter, spearheading “The Healing Tree” Designmatters project that is often cited by other students as a “life-changing” experience and that won numerous awards (Core 77 Social Impact Student Notable award, Denhart Family Sustainability Prize, Bronze Spark Award and a grant from Sappi). He served as a teaching assistant and he participated in a Study Abroad project in Berlin.

“To me, being a leader isn’t about running these organizations or clubs though, it’s actually about switching off the design persona and turning on the human one,” said Alvin. “It’s about taking a step back and knowing that those around us have emotions, come from different places and sometimes just need a reminder that they are amazing.”

Faculty members, in summing up their reasons for nominating Alvin, quoted the ArtCenter News story, “Be passionate about what you do. Be thorough and thoughtful doing it. Be a leader. Make something. Make a difference. These are core Art Center values and Environmental Design student Alvin Oei embodies all of them.”

“Alvin unknowingly evolves sparks into flames when it comes to inspiring others to do not just what is right, but what is needed in society today, through the skills we’re learning in the classroom,” said one student nominator.

A staff member described a panel discussion that he pulled together on his own, “It was perfection. He had top guns in the themed entertainment world present. The house was full. Students and guests lingered for over an hour after the presentation to meet with their creative heroes on stage. It was truly a perfect panel.”

ArtCenter is going to miss Michelle, Vincent and Alvin tremendously—we can’t wait to see what they accomplish out in the world because we know they are going to make a difference.

We would be remiss if we didn’t recognize the contributions of this term’s other Student Leadership Award nominees. Alynn Tergevorkian was nominated for her contributions to the College as the Environmental Design representative to student government. A student nominator noted, “Alynn’s humble and considerate leadership style taught me that leaders do not necessarily have to always be in the spotlight.” “Time and time again, Alynn steps up to be of servce to her department and the larger ArtCenter community,” said a staff member nominator.

Benin Marshall was recognized for his efforts to create community among marginalized brown and black students of color; Michelle Gong’s contributions to the community as a teaching assistant, orientation leader and student worker, garnered her a nomination; and Austin Nelson was credited with being a mentor to other students.

ArtCenter thanks and congratulates all the nominees for their commitment and dedication to making the College a more compassionate, transformative and life-changing environment for all of us.