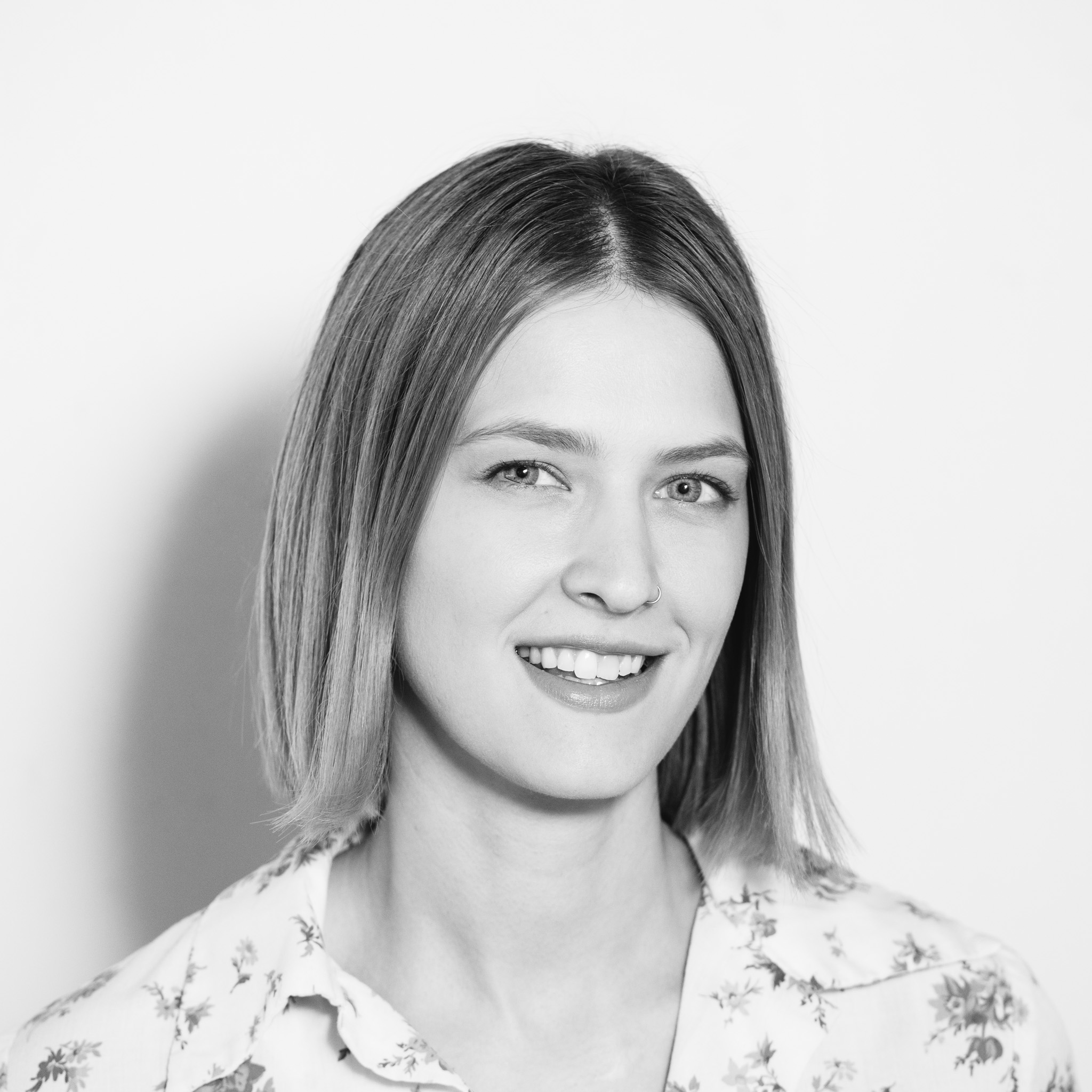 “Always remember, you have within you the strength, the patience, and the passion to reach for the stars to change the world.”—Harriet Tubman

Graduating from ArtCenter is no mean feat—everyone who satisfies our degree requirements has done much more than earned the necessary credits. They have collaborated with students from other disciplines, learned to give and accept critique, became leaders and colleagues, and they have both failed and excelled. They have become storytellers, problem solvers and makers. They are thoughtful, prepared, dedicated, driven and extraordinarily talented and creative.

This Friday, December 20, we will celebrate with these hard-working, probably exhausted, individuals as they receive their degrees. During each graduation ceremony, we also take the time to recognize a number of beyond-the-degree student achievements—students who began their ArtCenter careers in one of our Extension programs, graduates who are veterans of the armed services, those who graduate with honors or distinction, and those who have completed the requirements for a minor.

We reserve special recognition for two individuals from every graduating class—the graduate with the top academic achievement, who serves as the class valedictorian, and the individual who is the recipient of the Student Leadership Award. We ask both of these graduates to address their peers at the graduation ceremony. This term, graduates, along with their friends and family, will hear from valedictorian Dillon King (Graphic Design) and Student Leadership Award recipient Miranda Lapour (Product Design).

STUDENT LEADERSHIP AWARD
The Student Leadership Award, bestowed on one graduating student each term, doesn’t come with a stipend, scholarship grant or new car but it is considered a distinguished honor. What sets this award apart from other achievements is that it recognizes efforts that are extracurricular. It allows us as an institution to say thank you to students who have devoted time to improve the ArtCenter community—time that is taken away from course work, personal obligations or rest.

The Student Leadership Award fulfills ArtCenter’s vision of educating artists and designers who are not only leaders within their professional fields, but also leaders in their communities. Each term, the College reaches out to the campus population for nominations from peers, faculty and staff. A committee selects the student who most demonstrates leadership through their participation in ArtCenter’s campus life, community outreach, student organizations and department initiatives.

THE WINNER
Product Design graduate Miranda Lapour attributes her deeply held values to her Midwestern heritage. Growing up in South Dakota she learned to care for her community, respect larger natural systems and work with purpose and grit. Recently, Miranda told Voyage magazine, “My background is my backbone, as I hold on to my values like treasures I’ve picked up along the way. This drives my ethics, and they drive the work I’m so happy to do.” Miranda’s passion is working towards creating a sustainable future for the planet—she has big plans to solve big problems.

Early in her ArtCenter career, as a member of EcoCouncil (now Eco+), she partnered with fellow Student Leadership Award nominee Jillian Bak and together they led the charge to rid the campus of foam core. “A small, but mighty, victory,” she recalls fondly. In addition to EcoCouncil, Miranda worked on the entirely student-produced TEDx event held at ArtCenter in 2017. Working on Youth Outreach, Miranda organized an art competition for local high school students culminating in an exhibition held in conjunction with the TEDx event. Participating in the Women of Industrial Design Forum at ArtCenter gave her the opportunity to champion the student group, Women of ID. Miranda was one of a handful of ArtCenter students chosen from what was described as a “dense field of applicants” to travel to Singapore and participate in an executive education workshop with INSEAD, where business executives and leaders learned to implement design thinking in their work. Among her other activities, she also served as a teaching assistant and mentor; was selected to participate in Core77’s Wanted Design workshop held in New York in conjunction with ICFF; traveled to Chile as part of a Designmatters collaboration with Coaniquem, using her expertise to advise a chain of charity thrift stores on sustainable practice, volunteer support and media outreach.

Additionally, Miranda was selected by Professor Sherry Hoffman to serve as a student facilitator for a DesignStorm recently convened to explore issues of diversity, equity and inclusion at ArtCenter. Citing Miranda’s maturity, sensitivity and leadership among her peers and relationships with her instructors as the reason for asking her to assist, Hoffman noted, “Miranda is easy to work with, humble, smart, great at jumping in and does it in a way that is accessible and welcoming to all.”

Miranda’s leadership is unassuming—she is smart, creative, capable and inspires others. She promotes collaboration, is quick to recognize the contributions of others and appreciates the value of her experiences. Describing her work on the DEI Designstorm, she noted, “the camaraderie and collective vision that was produced from that three-day period will stick with me forever. I was able to test my skills as a teacher, but also sharpen my empathetic ear. What a gift to me!”

We have every confidence that Miranda’s natural leadership skills will serve her well on her quest to create a better, sustainable future. And that will be a gift for all of us.

REMAINING NOMINEES
As always, the selection committee was faced with a difficult choice in selecting the award winner. All nominees contributed to the ArtCenter community in myriad ways and also boasted impressive community service resumes.

Fine Art graduate Johnny Perez overcame a disadvantaged childhood to become the first person in his family to graduate from high school and subsequently the first to attend college. He found his voice and his purpose at ArtCenter, participating as a student representative on the College’s Council for Diversity, Equity and Inclusion and search committees for key College positions, including the search for a Chief Diversity Officer. He was an Orientation Leader and presented on behalf of ArtCenter at multiple conferences across the country, including “Imagining America,” “Design + Diversity” and “Include Me,” a symposium addressing issues of diversity, equity and inclusion at independent art and design colleges. On campus, he participated in the DEI Designstorm and served as President of ArtCenter’s Student Government. “Johnny leads so we can learn and not follow,” explains a fellow student, admiring his willingness to address contentious issues head on.

Johnny Perez has been a tireless and vocal advocate for change, demanding the College address issues of diversity, equity and inclusion. Working within the system while criticizing it, he was not afraid to speak his mind and provoke others to action. Johnny’s leadership was not subtle, but it was born from a love for ArtCenter and a desire to help others.

“I was always an extroverted person,” writes Interaction Design student Akshay Agrawal. People who know Akshay are likely to agree with that assessment. Originally from India, he grew up admiring his father, a successful sales and marketing executive, but it wasn’t until he was at ArtCenter that Akshay learned the secret to his father’s success, “Bosses order, good leaders lead and inspire, and great leaders serve,” explained his father. Missing India, Akshay started the  Indian Student Association at ArtCenter. Heeding his father’s words, he made sure that the group served the needs of the Indian community, welcoming and supporting incoming students, and also the larger ArtCenter community by introducing us to the culture of India, organizing celebrations of Indian Independence Day and Diwali, the Indian festival of lights. He also actively reached out to and engaged ArtCenter Indian alumni. Additionally, Akshay served as the department representative for Interaction Design on Student Government, worked as an Orientation Leader and assisted the College in recruitment efforts in India, including accompanying Admissions Department personnel to a College Fair in India.

Serving as President of EcoCouncil (Eco+), Jillian Bak was determined to promote sustainability and sustainable practices in a positive light as a contrast to eco-shaming and doom and gloom predictions common among sustainability brands. EcoCouncil flourished during her tenure leading the group, seeing a revitalization of the Trunk Sale and development of the ArtCenter community gardening projects. She also served as a teaching assistant for a number of classes, traveled to Singapore to co-lead design strategy workshops for business executives and leaders in conjunction with INSEAD and was awarded a SLED grant to attend the Biofabricate conference in New York.

Graphic Design graduate Priscilla Chong served as a Teaching Assistant for some of the department’s most revered faculty. Hailed as a valued resource for faculty and students alike, Priscilla took the opportunity given to her by this nomination to reflect not on what she has done for others, but what she learned from working closely with faculty. “I learned that when people feel safe, they start to ask questions and eventually they feel brave,” she reflected, observing how a faculty member created an environment where young designers learned to dismiss their insecurities.  She learned not to underestimate people because of perceived differences, to have faith in others because that allows them to explore without fear, to ask questions with empathy and expectation, to pay attention to details and to look for opportunities in everything.

William Song, graduating with a degree in Product Design, is passionate about motorcycles and, prior to coming to ArtCenter, taught himself metal fabrication so he could build his own bikes. He describes himself as a “performance-driven designer, who is driven to create objects with impeccable function that offer intuitive experiences. Will was a consistent active leader and participant in the greater ArtCenter community. Professor Babette Strousse noted, “Will’s contributions to the  TEDx  team and other various cross-disciplinary activities reflect his strong commitment and positive impact on our community.” Reflecting on his leadership, Will credits those who came before him for teaching and inspiring him. Given the opportunity to lead, he found it, “awkward, frustration and even emotional at times but, in the end, rewarding and worth every minute.”

We offer thanks and congratulations to all the nominees for their commitment and dedication to making the College a more compassionate, transformative and life-changing environment for all of us.

GRADUATION INFORMATION
Work from all graduating students is on display at the Pasadena Convention Center Thursday, December 19 from 7­–­10 p.m. and Friday from noon-5 p.m. The Graduation Ceremony will be held on Friday, December 20, starting at 10 a.m. at the Pasadena Civic Auditorium. Tickets are required to attend. For those unable to attend in person, the Graduation Ceremony is streamed live on our homepage, Facebook and YouTube and you can find out more information by downloading the ArtCenter Grad Show App for Apple or Android.