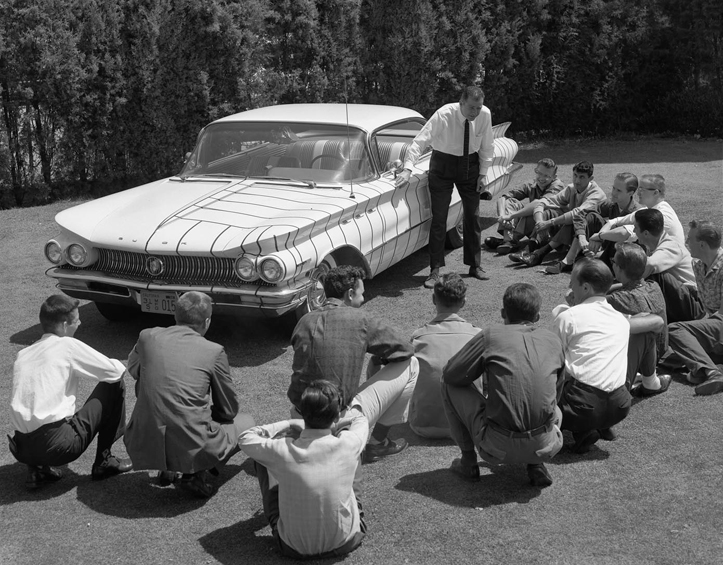 
Art Center’s Car Classic has become one of the most highly anticipated transportation events in Southern California, if not the entire country. Over the past nine years, the event has showcased amazing automobiles and brought together industry leaders–many of whom are Art Center alumni. As we approach Sunday’s Car Classic 2010: Freedom of Motion, join us in looking back at how Art Center became a leader in the world of transportation design. 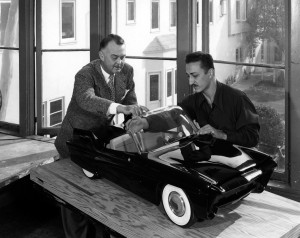 The field has a long and storied history at the College. Years before Transportation Design became a major at Art Center, our graduates were taking positions with General Motors’ Buick Division in Detroit in the 1930s.

In 1948, Transportation Design became an official course of study at the College, with such influential faculty members as George Jergenson, Strother MacMinn and John Coleman establishing the school’s connection with transportation design—a field that would lift Art Center into international prominence.

For years Transportation Design was a major residing within the Industrial Design Department. Automotive designer George Jergenson was co-founder of the department, and served as Chair for more than two decades, from 1948 to 1969. Along with College founder Tink Adams and fellow faculty member John Coleman, Jergenson visited Japan for six weeks in 1956 to discuss modern industrial design, a ground-breaking event at the time.

Strother MacMinn, an Art Center alumnus and former GM auto designer, assisted in the design of cars for Opel, GM and Oldsmobile before he joined the faculty at Art Center in 1948. During his nearly 50 years at the College, he was a highly influential instructor, and increased Art Center’s collaborations with Toyota and co-founded Toyota’s first advanced concept design studio, Calty Design Research, in Newport Beach. 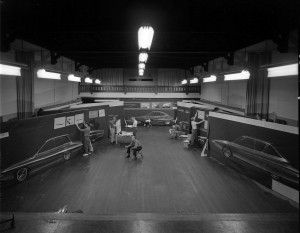 Art Center has an accomplished history of collaborating with corporate sponsors on student projects. One of the first sponsored projects, in 1960, was the GM Turbine Project. Sponsored projects, giving “real world” design problems to students, remain an important part of the Art Center curriculum today.

In 1969, Keith Teter became Chair of the Industrial Design, a role he continued through the mid-1980s. During this period, the department steadily increased its collaborations with corporate sponsors. In addition, coursework began to shift from a strictly traditional approach of designing automobiles to a broader study of human issues, such as population growth, behavioral patterns and new energy sources.

In 1985, alumnus Ron Hill was appointed Chair of the Industrial Design Department, where he remained through 2000. During this period, Transportation Design continued to face a number of complex issues while integrating issues of style, performance and practicality. Also during this time, digital technologies were introduced and incorporated into the curriculum. In 1991 Transportation Design became its own department, independent of Industrial Design. 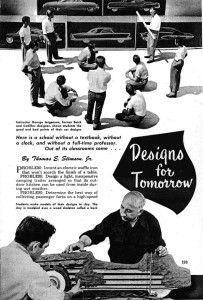 The 2000s, under the direction of Ken Okuyama, Geoff Wardle and current Department Chair Stewart Reed, the department continued to merge traditional and digital technologies, and students began creating exterior models in clay and using 3-D digital modeling tools such as Alias. Today the department studies issues that integrate style, safety and functionality while also reflecting societal and cultural needs. Sponsored projects also continue to be an important component of the program.

The department is also looking beyond cars to motorcycles, boats and airplanes. Motorcycle, boat and aircraft design are now part of the curriculum sure to produce great designers of boats, aircraft, motorcycles and, of course, cars. 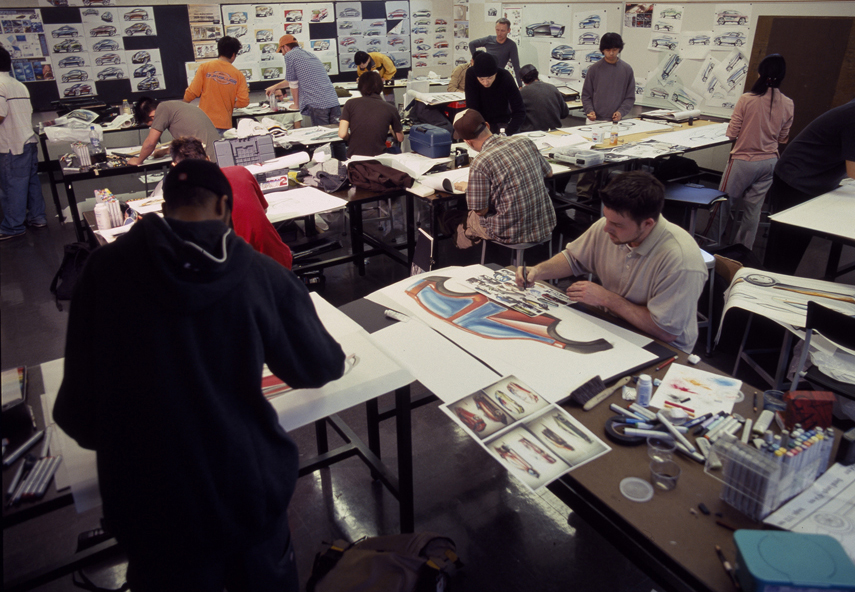