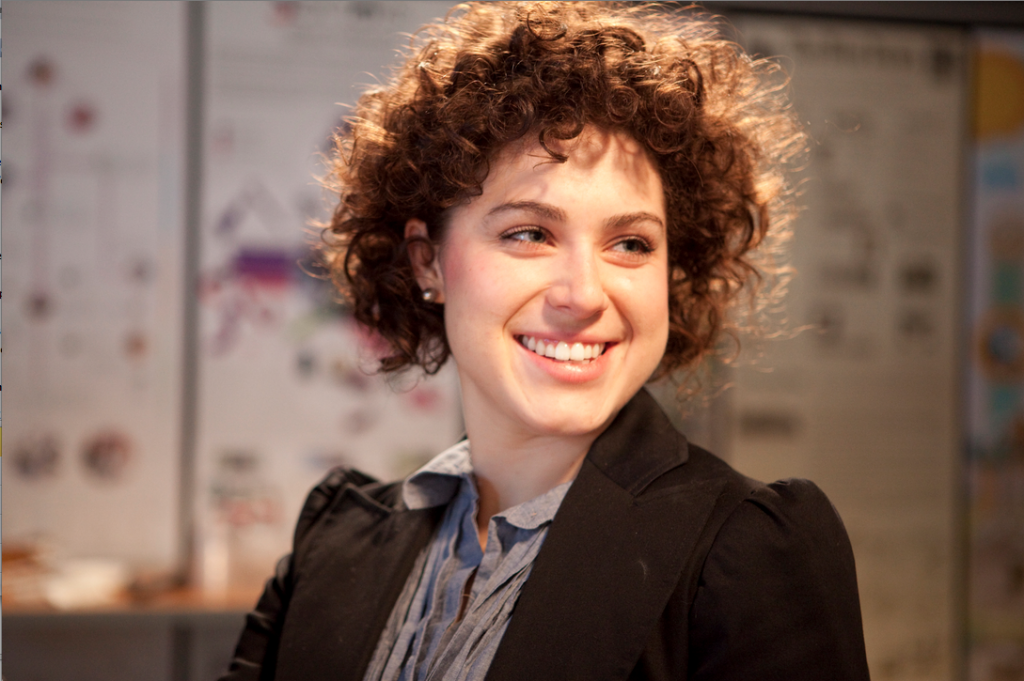 Art Center College of Design and the Pasadena Armenian Genocide Memorial Committee (PASAGMC) on Tuesday jointly announced the winning design concept for a new memorial whose planned dedication in 2015 will coincide with 100th anniversary commemorations of the Armenian Genocide. The concept by Art Center Environmental Design student Catherine Menard was developed in 2012 as part of the College’s social impact design program, Designmatters. The proposed site for the public artwork is Memorial Park in the City of Pasadena.

Menard’s concept was one of 17 submissions the committee received, and one of three finalists chosen by an independent panel of judges in December. The three-judge panel included Stefanos Polyzoides, a principal of Moule & Polyzoides, Architects and Urbanists; Ruben Amirian, an architect/artist who has served on the design review board and historic commission in Glendale; and Neshan Peroomian, a contractor and prominent Armenian-American community leader.

In all, six Environmental Design students at Art Center developed memorial proposals last fall during an intensive Design Topic Studio class and submitted them to the competition. Two of the students — Menard and her classmate J.D. Clark — were selected as finalists, a particularly impressive achievement in a field of competitors that included many seasoned professionals.

Earlier this month, Board members of PASAGMC voted unanimously to move forward with Menard’s proposal.

“This was a competitive process, and we considered a number of very fine proposals,” says Committee Chair William M. Paparian, Esq., an attorney and former Mayor of Pasadena. “But our final decision was unanimous. We were deeply impressed by Catherine, who developed and presented an emotionally compelling design for a historical event that she initially knew nothing about. We hope that this memorial will inspire a similar emotional connection in those who encounter it, for generations to come.”

“With tremendous pride, we congratulate Catherine Menard on her creative and inspiring memorial design that will have profound and lasting impact in the community,” says Art Center President Lorne M. Buchman. “The extraordinary talent and commitment of our students and faculty continue to find meaningful expression locally and globally through a remarkable range of social impact projects.”

Greater Los Angeles is home to the largest population of Armenians in the United States, many descended from families persecuted and killed between 1915 and 1921.

Menard, 26, is a seventh-term Environmental Design major at Art Center and expects to graduate this year. Of French Cajun heritage, she was born in Lafayette, Louisiana, and moved with her family to Los Angeles at age four. She currently resides in Pasadena.

“I’m a Southern California girl with a Southern heart,” she says with a smile.

Initially invited to join the project by Environmental Design Professor James Meraz, Menard came into it with little knowledge of Armenian history. “But I have always felt drawn to history and heritage,” she says, “drawn to anything with any semblance of meaning.”

Menard immersed herself in accounts of the Armenian Genocide as well as the recent history of memorial art, including the Vietnam Veterans Memorial Wall in Washington, DC, designed by Maya Lin who, like Menard, was a student at the time she won the competition.

“It all started to permeate my mind and my heart,” says Menard. “At first I felt unworthy—who am I to respond to such loss? But art lends itself to the deepest, darkest parts of human experience. It can create sympathy, empathy, understanding. I wanted to pair this horror with something uplifting and beautiful, to create a way to remember. I developed three different ideas and settled on the one that I felt most terrified and most moved by.”

The central feature of Menard’s minimalist design—a carved-stone basin of water straddled by a tripod arrangement of three columns leaning into one another—is a single drop of water that falls from the highest point every three seconds, each “teardrop” representing one life lost. Over the course of one year, 1.5 million tears will fall into the pool, the estimated number of victims of the Armenian Genocide.

“It was an honor to lead this most extraordinary challenge,” says Meraz. “In just seven weeks—half the time of our typical studio—our students worked passionately to design a memorial that has the power to provoke an emotional and contemplative response to a horrific event. In turn, this educational experience has given them new perspective, with compassion, sensitivity, remembrance and hope for the human condition.”

Polyzoides, one of the competition jurors, will work with Menard to bring her concept to fruition. An associate professor of architecture emeritus at the University of Southern California, he is an architect, urbanist and partner of Moule & Polyzoides, a Pasadena practice that has completed many distinguished projects locally, in other parts of the U.S. and abroad.

“All of the Art Center student submissions were extremely well done and stood out for their seriousness. But Catherine’s design struck the perfect balance between abstract and representational,” says Polyzoides. “It’s very beautiful, very poetic, and I want to make sure that it’s as well constructed as it was conceived.”

Although he was the only non-Armenian juror, Polyzoides has many Armenian friends and the history of the Armenian Genocide has personal resonance for him. “My grandparents were from Istanbul and I grew up in Greece,” he recalls. “For as long as I can remember, I heard about the actions taken by the Ottoman Turkish government against the Armenian minority. It was devastating.”

Details regarding the project’s budget and construction will be developed over the next several months, with official groundbreaking anticipated in 2014 and dedication of the completed memorial on April 24, 2015.