Intimate Science, an exhibition showcasing contemporary artists conducting projects in scientific and technological domains, opens at Art Center College of Design’s Alyce de Roulet Williamson Gallery on Friday, May 31. An opening reception, free to the public, will take place Thursday, May 30, from 7 to 9 p.m.

The Williamson Gallery, says Stephen Nowlin, founding director of the Gallery, has helped define this “briskly emerging international cultural movement.” He explains, “Science enjoys a popular patina of certainty, while behind art there is in fact cerebral order, structure and intent. The true kinship of art and science is to be found…when each discipline is allowed to encourage and ignite each other.”

Curated by Andrea Grover and organized by the Miller Gallery at Carnegie Mellon University in Pittsburgh, Intimate Science explores the shift from artists aiding science to artists “doing” science, and how this impacts the way scientific knowledge is acquired, used and shared. The exhibition continues through Aug. 18 at Art Center’s Hillside Campus in Pasadena. 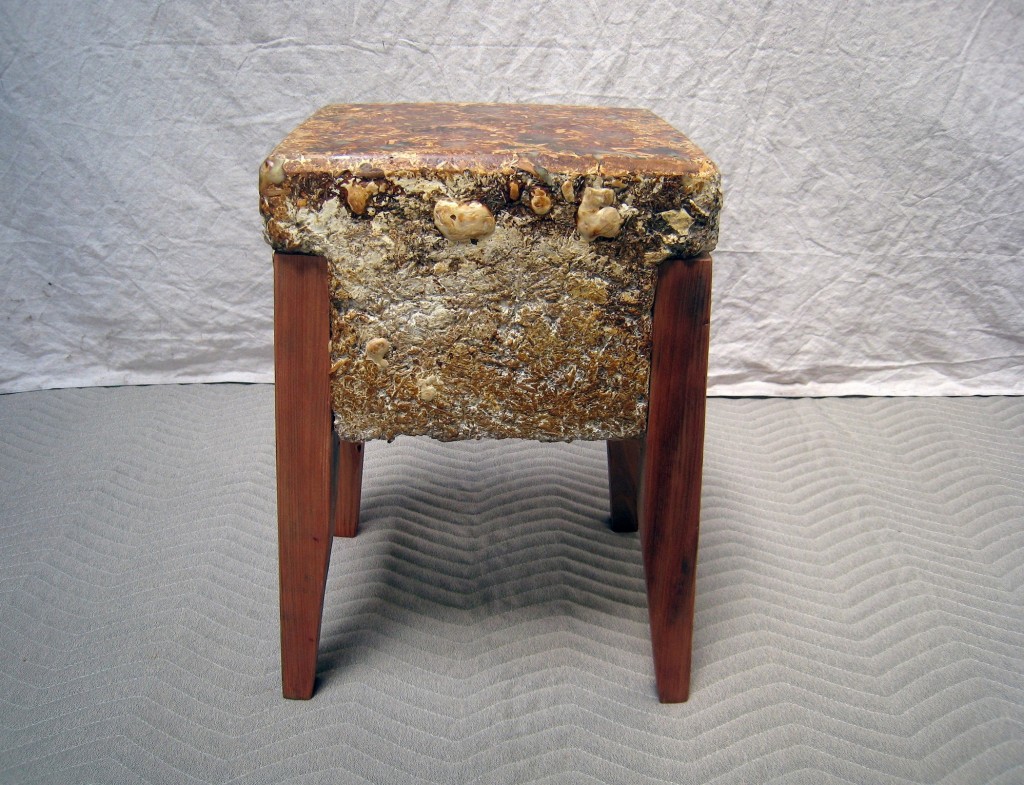 Philip Ross’s Mycotecture series in the Williamson Gallery exhibition Intimate Science is an experiment in growing architectural structures and furniture from the fungus Ganoderma Lucidum, also known as Reishi or Ling Chi.

Intimate Science features artists who are engaged in non-disciplinary inquiry, giving them license to reach beyond conventions and superimpose art on science and technology via experiential learning, and finding new ways for the public to participate in the process. It is particularly resonant at a design college such as Art Center, where material culture is conceived to fit within the changing needs of shifting perspectives.

The exhibition includes works from the following artists: 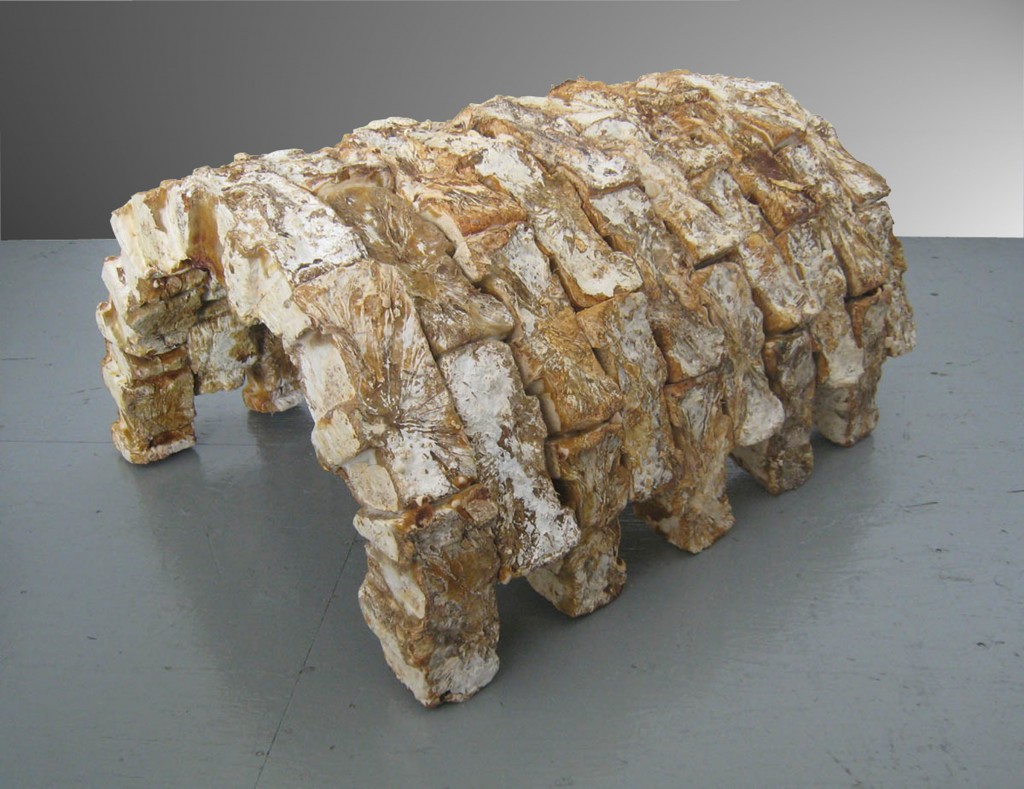 Philip Ross’s Mycotecture series at the Williamson Gallery as part of the Intimate Science exhibit is an experiment in growing architectural structures and furniture from the fungus Ganoderma Lucidum, which is environmentally beneficial as well as a low cost substitute for wood, Styrofoam and other home-building products.

As part of the exhibition, four public workshops will be offered on Saturday, June 29 and Sunday, June 30 with Machine Project titled “Mind Reading for the Left and Right Brain.”