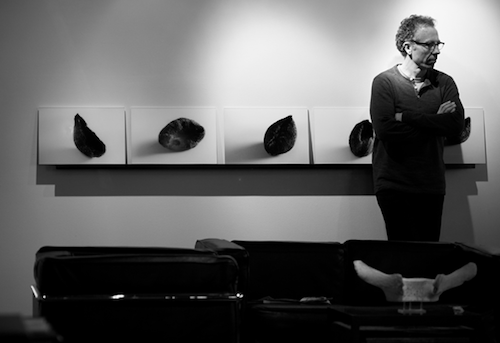 For many designers, the most gratifying moment in any project arrives with the unveiling of the visual and conceptual deliverables laid out before a satisfied client. But not Agustin Garza (GRPK, ‘81). The principal and founder of The Garza Group made a pivotal discovery about his own value proposition several years back when it became clear that the real, lasting benefits of his work lie in the meticulous research process he undertook to assess corporate leaders’ mission, vision, values and goals.

For Garza, and ultimately his clients, the journey became the destination. “The irony is that work really is not what you see but how you get there,” says Garza, principal and founder of Garza Group Communications, whose clients include City of Los Angeles, Mexico City, Coca Cola, Luxe Hotels and American Express.  “That’s true in most careers. It’s getting to that one solution that is the real job.”

Garza’s unique approach has yielded powerful results for his clients as well as recognition from his peers in the design world, including his recent award as one of the Pacific Design Center’s 2014 Stars of Design. “I’m humbled by this recognition. I’m delighted to join past honorees, some of which I have admired for a long time, like Noreen Morioka, John Van Hamersveld, Kayle Cooper and Shepard Fairey, among others.”

Garza founded Garza Group twenty-eight years ago shortly after graduating from Art Center, which would soon become a thriving design and branding firm. But after nearly twenty years of crafting innovative design-based brand identities for major civic and corporate entities, he hit upon an epiphany that he could leverage his highly attuned interpersonal skills and innate curiosity about people calling the shots behind the products into a more valuable, profitable and creatively fulfilling application of design thinking.

Garza now works primarily with CEO’s and civic leaders to distill the essence of the mission and big ideas that makes them most passionate about what they do, beyond the usual markers of success (i.e. profitability). “I help them define their vision and help them kind of craft or shape a mission statement for their companies,” says the Mexico City-born designer with a passion for photography and anthropology. “I help them define their values in order to build bridges of relevance among company employees and the company’s market. So, my process is very much about listening and looking at patterns and understanding what’s driving this leader.  Because ultimately, I don’t care what the company does, ultimately is the will of the leader that’s going to, you know, rudder the boat.”

Over the past ten years, Garza has devised a system to help these helmsmen navigate sometimes treacherously competitive waters as well as refine and define their priorities. “It’s a process we refer to as Brand Platform,” Garza says of his approach, which springs from a series of candid one-on-one conversations with leadership that then evolves into a systematized flow chart used to create brand clarity and integrity, among other objectives. “It’s a method that guides an introspection process and helps leaders gain clarity on why they do what they do and how to communicate it with clarity and power.”

Improving executive communication has become one of Garza’s most lasting and impactful deliverables. “CEO’s tend to have challenges communicating their vision. They use executive force instead and create tactical conditions for the company to achieve his goals or her goals. But, they’re not very good at inspiring and conveying a sense of purpose. This creates problems down the chain of command and into the market. Any design, communication or strategic solution I propose as a consultant is founded on a clear understanding of what drives the CEO. It has to be authentic or it wont work in the long run”

Garza himself is nothing if not authentic in his passion for having discovered his own creative sweet spot, focusing on the most human element in the process research and discovery. “I like to get into people’s minds and understand what they’re made of, what their nature is,” says Garza, an avid adventure traveler who recently returned from a month in Bolivia. “To me, discovering the nature of a human being, seeing it, is one of the great pleasures of life. My skills, my talents become about: How do I shepherd that nature out into a system that can be adopted by a given tribe or a company or whatever? I love that part. It’s exciting.”