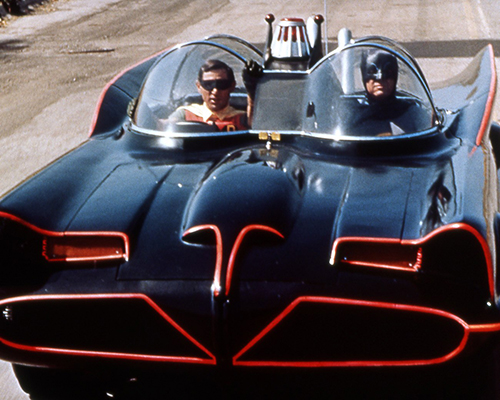 Four authentic, full-scale Batmobiles will roll onto the field at Art Center’s Street to Screen: Car Classic 2014 event this Sunday. Exploring the impact transportation and entertainment design has had on Hollywood and the entertainment industry—on camera, on the road and behind the scenes—this year’s Bat-tastic concours confab will host a critical mass of the caped crusader’s legendary vehicles. 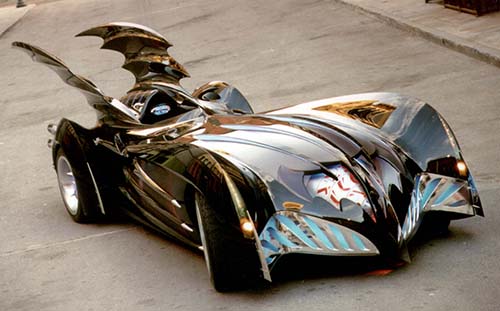 Batmobile from 1997 Batman and Robin film, designed by Harald Belker

With all of Art Center’s ties to the Batman franchise, it might not surprise you if we were harboring our own Batcave on campus. Rumor has it that there was a tunnel running from Caltech to the basement of South Campus’ 950 building when it was originally operated as the Southern California Cooperative Wind Tunnel. Could this be the entrance to the Batcave? Are there really more than three basement levels at 950? Could Bruce Wayne have lived in Pasadena? It would be nice if we could tune in to the Bat-channel for answers.

Perhaps some clues lie within the Batmobiles that will be on the field this Sunday. The Ford Motor Company concept car that was purchased for one dollar and turned into the Batmobile seen in the 1996 Batman TV series by George Barris will be on display, thanks to the designer himself, who will also be in attendance at the event. You can also see the original 1963 Batmobile Tour Car, which was used by DC Comics Licensee All Star Dairies to promote their Batman-themed ice creams and drinks. And we will of course have Tim Flattery’s Batman Forever and Harald Belker’s Batman and Robin Batmobiles as well. 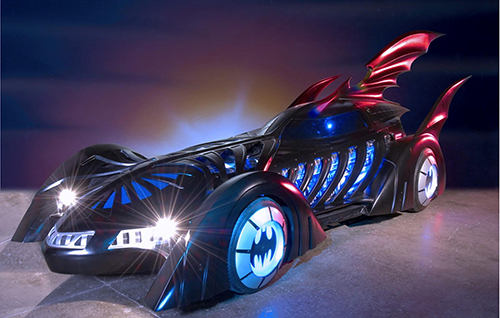 The show will feature a number of other car stars including Herbie from Herbie Fully Loaded and the Bumblebee Camaro from Transformers: Age of Extinction (directed by alumnus Michael Bay, BFA Film 88). There will also be vehicles from The Thomas Crown Affair, The Dukes of Hazzard, The Addams Family, Singin’ in the Rain and The Italian Job.

Word has it there will also be full-sized Hot Wheels! For more information and to purchase tickets, see artcenter.edu/carclassic.