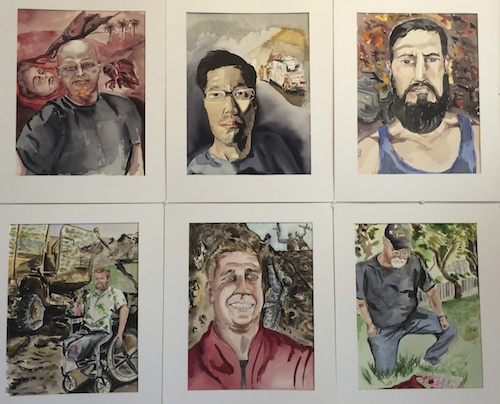 Can’t Sleep, watercolor on paper, by Joshua Moreno: “This series is a journalistic approach to PTSD in soldiers. These are a few of my brothers who allowed me to illustrate their deepest nightmares.”

Military veterans who come to Art Center to begin new careers in art and design are, by nearly every account, among the College’s most dedicated, disciplined and tenacious students. In honor of Veterans Day, we reached out to three recent recipients of the Ahmanson Veterans Scholarship Initiative, a program which aims to help students restart their education at private colleges and universities in California and assimilate back to their civilian lives. We asked each of them to describe the transition from the military to Art Center and to offer advice to other veterans thinking of doing the same.

Here’s what they had to say. 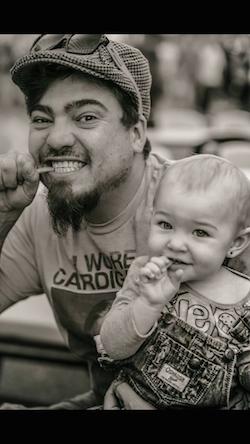 In 2002, I was walking home because I had no money to take the Metro, and I passed by an Army recruitment office on Colorado Boulevard in Pasadena. I walked in and asked what the hardest job was.  The sergeant there replied, “Cavalry scout.” I said I would take it.

I served two tours of combat in Iraq, including 12 months in the slums of Baghdad and 15 months in Tal Afar and Ramadi. I worked first as a driver, then as a gunner. As part of a Personal Security Detachment, my job was simple: protect the high-ranking officials. I was injured by a car bomb, but was able to walk away with minor injuries. There were rough times, but I had my brothers there to help me and motivate me. At the end of my second tour, the Army offered me incentives to stay: a generous financial package, the duty station of choice and sniper training. However, I knew I needed more from my life.

The road to Art Center was long and bumpy, but I am now a student here. I will be the first person in my family to earn a college degree. One of the most important reasons I’m here is to show my 16-month-old girl that no matter what life throws at you, if you want it badly enough and are willing to put your blood, sweat and tears into it, anything is possible.

My artistic inspiration comes from my family, but also from my career as a soldier. Some of my design work focuses on PTSD and war, but I also want to get into children’s books and graphic novels. In addition to the work I do for my classes, I do creative work on the side, because I believe you should take what you learn and apply it outside of class. That takes hard work and being motivated. Every soldier wants and needs a mission, and Art Center is the mission right now. For any veteran who wants to come to Art Center, it’s no joke. It’s a tough road. Just remember what you learned in training, because it applies here. 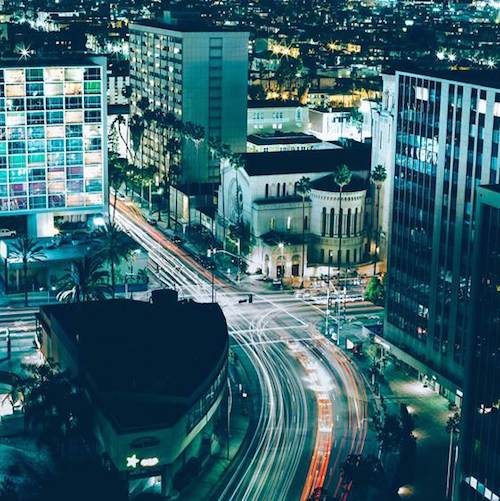 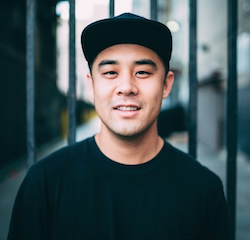 My job with the U.S. Air Force Security Forces (aka The Defenders) was to make sure that our base and all air force assets were safe from harm. My fellow airmen and I were tasked with conducting law enforcement on base, flight line security and even nuclear weapons safeguarding—anything that had to do with the security of our bases at home station and down-range in the warzone.

It’s been almost a year since I completed my service in the military. The rough times far away overseas made home absolute paradise to me, and the fact that I’m able to wake up at home here in Los Angeles still comes as a blessing to me. As a result, much of my work now revolves around the everyday things I see here in Los Angeles. A lot of it is street and lifestyle photography.

I joined the armed services in part for the college benefits that would help me afford an Art Center education. I’ve already learned a lot of things at Art Center that have enabled me to do some commercial work outside of school. Now that I’m here, it’s as if someone has given me keys to access the world’s finest goods. I’m making sure that every second counts.

In the military, there is absolutely no room for error. If one fails, we all fail. The same idea is something I’ve noticed at Art Center. Like in the military, you are putting your faith in people (staff and instructors) who know what they are doing and trusting that they can lead you down the best path. For example, when an instructor tells you he doesn’t accept late work, he’s saying it for a reason. Because he knows that in the real world, if you don’t get something in on time, you’re done.

For any fellow veterans out there—when you decide to come to Art Center, you’ve got a brother at your aid. 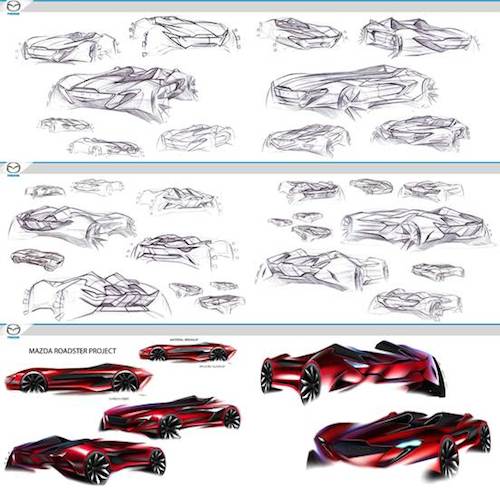 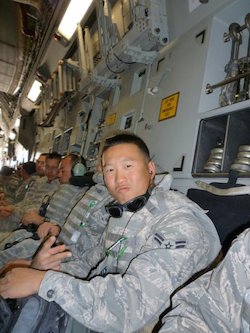 I originally joined the armed forces in order to be able to pay for school. I served as a HH-60G Pave Hawk crew chief, which involved maintenance and minor and overhaul inspections, as well as getting the aircraft prepped for flight and marshalling on the flight line. The most satisfying thing about my experience in the military was being able to assist with Operation Enduring Freedom in Afghanistan.  I got to be a part of a lot of people’s lives while gaining benefits like school aid from the Post-9/11 GI Bill, which paved my way for getting to Art Center.

My design inspiration comes from many different places, but the things that intrigue me the most are the design of spacecraft, aircraft and other mechanics in the entertainment industry.

I think there are many similarities between Art Center and the Armed Forces. Both require learning a specific skill set that you are expected to execute at your best potential. Both require discipline and sacrifice. At Art Center you have to give up certain freedoms, just like you have to in the military. Art Center is like a boot camp to prepare us for the field.

I encourage veterans out there to consider Art Center. Although at times very stressful and difficult, it comes with a reward similar to that of a mission.

To learn more about how to contribute to scholarships at Art Center, including scholarships that benefit veterans, contact Emily Laskin.