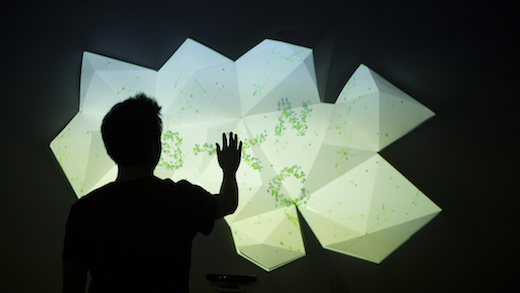 Studying at Art Center is like going through boot camp. You’ve probably heard students and alumni from the College compare those two experiences. But how realistic is that analogy?

Graphic Design alumnus Michael Noh (BFA 14), who graduated this past summer, has an answer. Prior to studying at Art Center, Noh served in the Army Reserves for four years, during which time he designed multimedia communications and also served on a tour in Iraq as part of a Psychological Operation (PsyOp) unit.

Which means, yes, he went through boot camp. So I put the question directly to this military veteran and working designer: Is graduating from Art Center really akin to surviving basic training?

“At Art Center, your mind and your creativity gets pushed to the edge and you somehow find a way to break your previous limitations and you grow more as a person and as a designer,” says Noh. “In the Army’s boot camp, you break the previous limitations of your body and you become a better soldier. So, yeah, I think that’s a pretty good comparison.”

There you go. Feel vindicated, alums?

For an example of how Noh grew as a designer, take a look at the cover of the recently published 2015–16 Viewbook. Peeking out from beneath the die-cut lettering you’ll find an image of a project Noh created in instructor Brad Bartlett’s Type 5: Transmedia course.

The photo shows an interactive installation he created for SYNC (Science Yielding New Creativity), part of Noh’s imaginative redesign of The Tech Museum of Innovation in San Jose. The installation itself is an interactive program projected onto a 3D sculptural surface the user interacts with using hand gestures.

Noh says he had no idea what kind of work he would actually end up doing at Art Center prior to his arrival. He was initially interested in studying film (“I was hoping Art Center would turn me into a kick-ass film director”), then gravitated more towards motion graphics, before finally landing on a focus in interaction design.

“When I arrived at Art Center, I was pleasantly surprised at how up-to-date the College was with the latest technology,” says Noh, adding that his exposure to the cutting edge sparked his interest in interaction design. “The great thing about Art Center was that it showed me various ways I could become a designer, and left it up to me to choose which path to take.”

One stop along his path that proved particularly fruitful was taking instructors Jeff Higashi’s and Brian Boyl’s Interface Design. In that course he was part of a team including Product Design students Martin Francisco and Sean Whelan and together they designed a wearable device called Nudge. 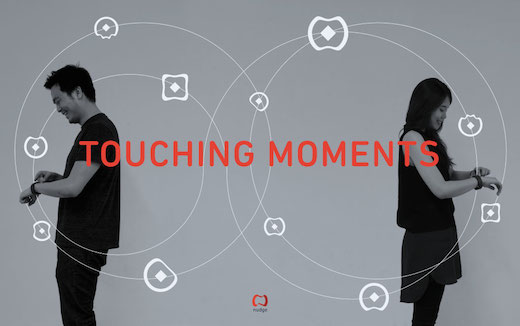 Unlike the majority of wearables today that focus on physical health and fitness, Nudge focuses on making long-distance communications more tangible by allowing users to send physical sensations like a nudge, a pinch or a squeeze to one another via a wristband that provides haptic feedback to their loved ones.

“My experience in the military was very helpful when designing Nudge because soldiers have family living halfway around the globe and never get the chance to speak with them,” says Noh, who interviewed his Army friends as he conducted research for the project. “You can say ‘I love you’ or ‘I miss you’ through a Facebook chat, but you can’t feel the warmth or the love that that person is trying to deliver.”

Noh says the military also provided him with the discipline necessary to “suck it up and be professional” when things got stressful at school. He also cites one technique the Army taught him about managing stressful situations: always imagine the worst and believe that it can actually happen.

“If you believe it, then once you encounter the actual situation, everything will look better than you thought,” he says. “So at Art Center when I went to class every week, I’d imagine my teacher tearing my project apart. But every time it ended up better than I imagined.”

And things really did end well for Noh. During Grad Show Preview he met a designer and two recruiters from Samsung who liked what they saw in his work. As a result of those conversations today he’s in San Jose, working as a user experience and user interface intern with the Think Tank Team at Samsung Research America.

“As a Korean American, the legend of Samsung is told generation after generation,” says a beaming Noh. “So, yes, I’m very excited about this opportunity.”

One thought on “Is Art Center the creative equivalent to bootcamp?”