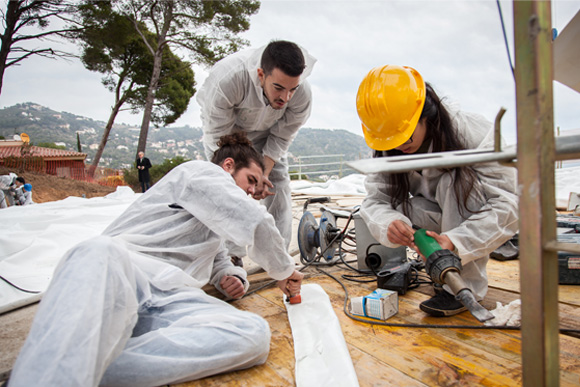 At the construction site in Spain, January 2014, students and interns prepare materials for the inflation of the air bladder that will hold up the pavilion's concrete formwork. (Photo by James Meraz) 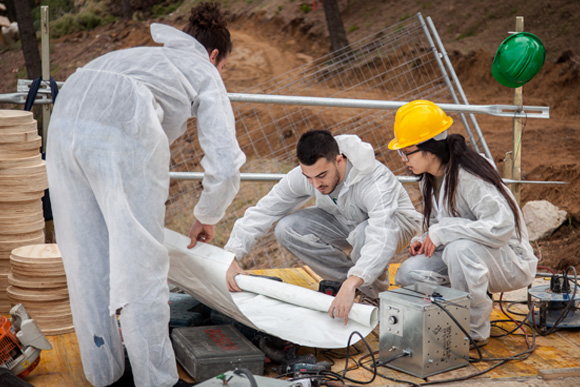 Sealing the fabric that will be injected with light-weight concrete. (Photo by James Meraz) 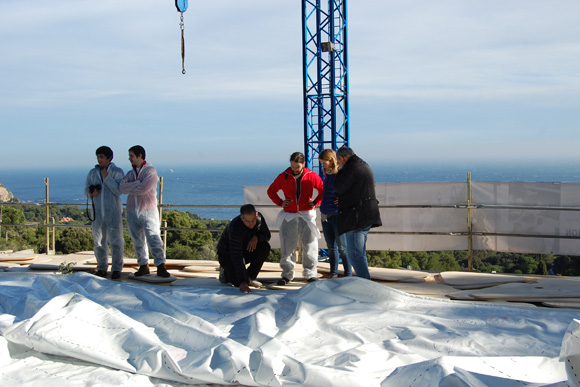 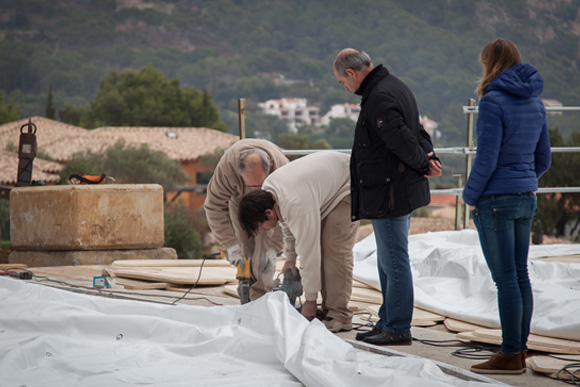 Securing the base of the air bladder. (Photo by James Meraz) 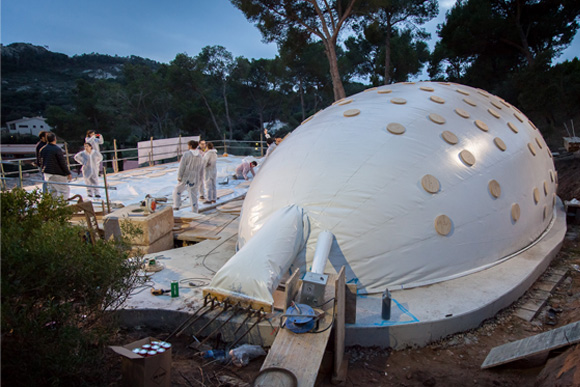 Air bladder inflation underway. A circular plywood “plug” creates the standoff for the oblong window forms that will be installed later. (Photo by James Meraz) 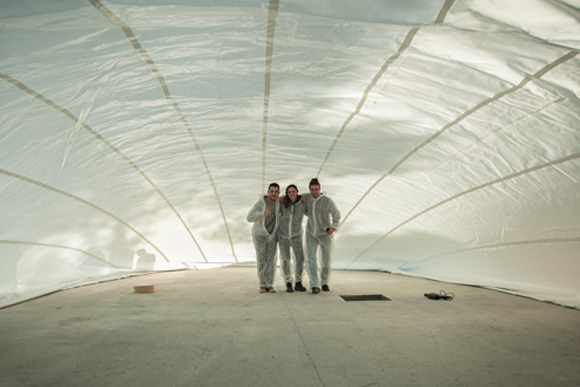 Thumbs up from team members inside the air bladder. (Photo by James Meraz) 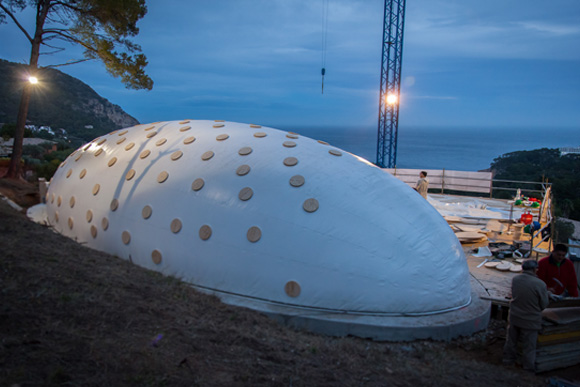 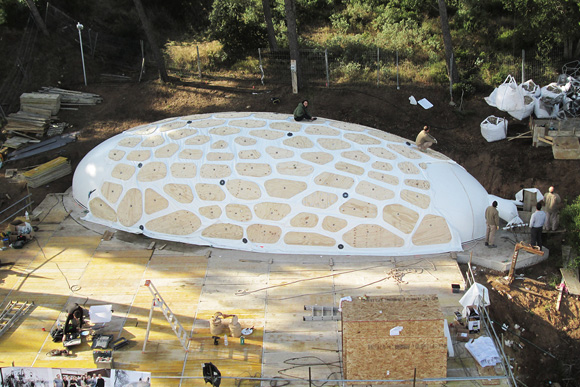 View of the construction site. (Photo by Victor Llanos) 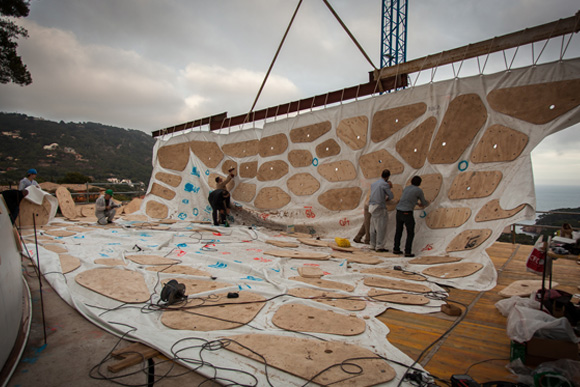 Raising the second layer, with plywood window forms, that will be draped over the first. (Photo by Jordi Alcalà) 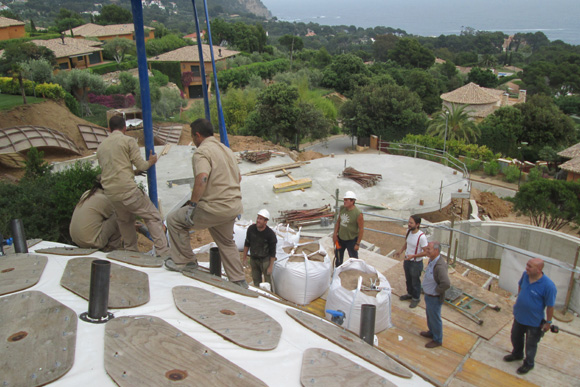 Concrete is pumped through tubes and injected into the formwork. (Photo by Stuart Maggs) 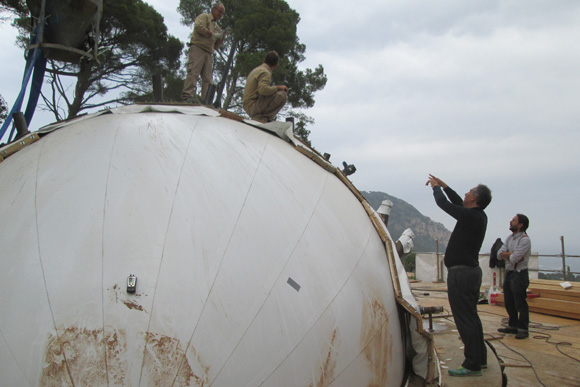 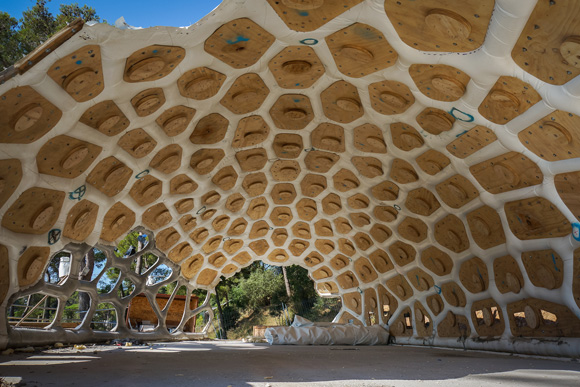 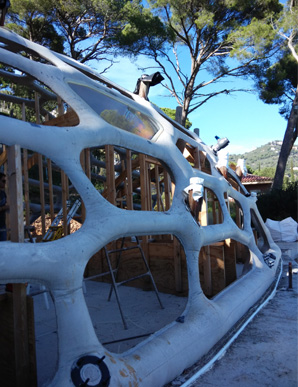 The first of the window panes is installed. (Photo by Marga Ruiz) 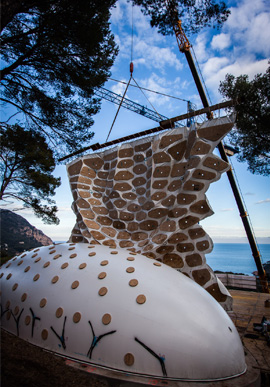 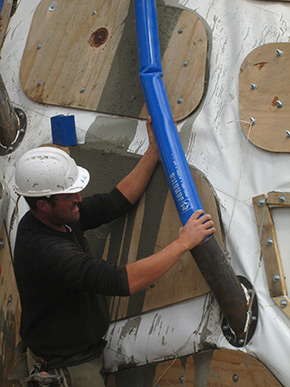 Cloud 9, an award-winning Barcelona-based firm known for its dynamic, cutting-edge architecture, has collaborated with Art Center’s Environmental Design Department to design and fabricate a work/play pavilion for a residential site located on Spain’s Costa Brava.

Students from multiple disciplines were challenged to create an innovative structure that would draw inspiration from the local environment (a Mediterranean hillside amid tall pine trees), integrate new media, and become a case study for future projects. Cloud 9 director Enric Ruiz-Geli, imbued by Buckminster Fuller’s interest in natural geometry and parametric design, gave students their brief in February 2013 and followed up with regular visits as the project progressed. Concepts were developed and prototyped at the College’s Hillside Campus in Pasadena before being implemented at the site in Spain.

The Transdisciplinary Studio became a living laboratory as the students experimented—on stovetops, in backyards and even on the beach—making windows out of pine resin, forming furniture from sand, and designing a “sound garden” that produces music triggered by the interaction between humans and plants.

On-site construction began last January, when a giant, igloo-shaped balloon was inflated to support the web-like formwork of rugged fabric, into which a lightweight, high-strength concrete mix was injected. Circular plywood “plugs” created the standoff for the oblong window forms. The partially completed, visually striking structure is pictured on the cover of the Fall 2014 issue of Dot magazine, and three videos of the project are featured online. When finished, the windows will frame textured, translucent panes made of amber-colored pine resin; and the plugs will be translated into furnishings made from a mixture of sand from the site and a bio-resin developed by the student team.