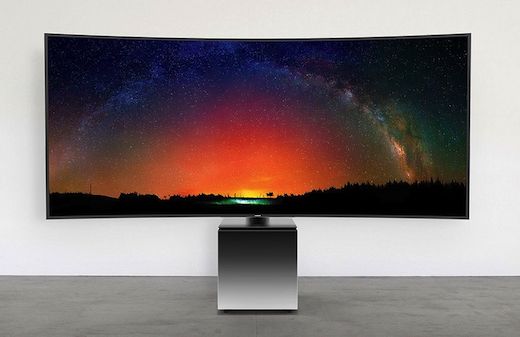 The S9W, created as part of a partnership between Fuseproject and Samsung.

In order for any one product to stand out at the Consumer Electronics Show (CES)—the annual convention held in Las Vegas in which thousands of companies show off their latest and greatest electronic devices—it has to be something special. And if that product happens to be a television set—a product category in which differentiation is not always the name of the game—then it must be something spectacular.

The S9W was unveiled by Samsung at last week’s CES and it was immediately lauded by the press. Bloomberg Businessweek called it a “sculptural masterpiece”; The Verge called it “as much a piece of art as it is a consumer electronics product”; and WIRED called it “the clutter-free curved TV of your dreams.”

What sets this set apart?

First of all, forget the living room, the S9W would stand out in a museum. See that sleek cube the 82” screen is seemingly floating above? That’s where the guts of the TV reside, as well as the set’s audio, including a subwoofer. That’s a design choice that not only allowed the screen itself to be extremely thin but also gives the entire set the appearance of a minimalist sculpture resting atop a plinth.

“We have admired paintings displayed on walls for centuries, but an image on a curve instantly becomes a sculpture,” said Behar in a statement. “Our design gives an answer to a simple question: what is the best way to display this sculpture? We truly looked at this television not as a consumer electronics product, but as a piece of fine craftsmanship.”

Featuring a 21:9 aspect ratio common to movie theaters, the screen instantly invokes a cinematic experience. And while it won’t be on par with, say, watching Lawrence of Arabia in 70mm at the Cinerama Dome, the experience could certainly give the average multiplex a run for its money. Indeed, Behar and Kang told WIRED that the design of the S9W is a response to today’s changing viewing habits. 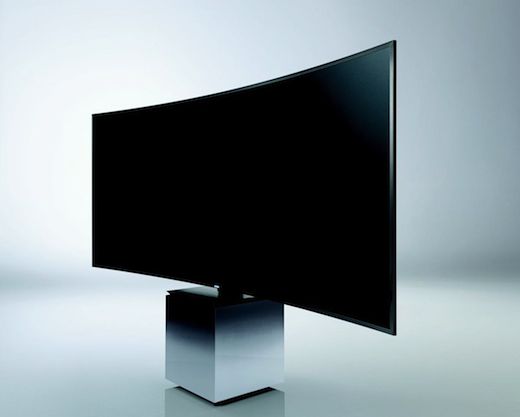 But Behar has also indicated that his interest in televisions goes beyond creating immersive experiences or objects that blur the lines between products and art. He believes televisions will play an increasingly important role in the future of our connected lives.

“The TV is in this perfect place right now where it is an inanimate object that doesn’t really participate in the Internet of Things or the contextual world around it, but that could change very quickly,” he told the Wall Street Journal, when asked why he focused his attention on televisions. “I think TVs are going to become more autonomous, smarter. We’re seeing autonomous cars. We’re starting to see things respond in our homes in ways that predict our behavior. TVs are a big part of our life and we need to move them forward.”

And speaking of the Internet of Things, Behar’s Fuseproject also unveiled the August Connect at CES, a device that bridges the company’s August Smart Lock to a home’s WiFi, giving the user the ability to lock or unlock their home’s door from anywhere and to be notified instantly of any lock activity, among other features.

For more on Behar, watch our CHANGE/MAKERS interview with him below.