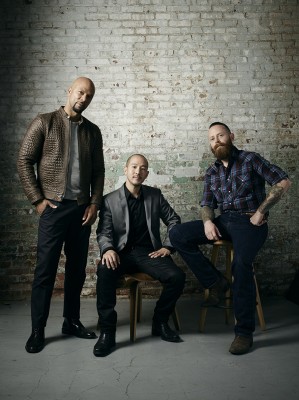 When a casting agent called Product Design alumnus Nolen Niu (BS 99) asking if he would be interested in participating as a judge on a Spike TV show, he said “Hell yeah!” A fan of such shows as Bar Rescue and Catch a Contractor, Niu didn’t even ask what the show was about before agreeing to participate. That enthusiasm, and his well-earned reputation as a furniture designer, landed him a stint as one of three judges on the furniture design reality competition, Framework, Spike TV’s newest reality show, where contestants vie to be named best furniture maker—and win a $100,000 prize. There is still time to binge watch the entire series online before the finale, which will air March 10th.

At first it was a bit surreal for Niu to see himself on TV and to get recognized at some of the most random places. Overall though, “[this] has been one of the best experiences I’ve had during my career as a designer, says Niu. “The opportunity to judge a competition and hold a position of authority related to design was an absolute honor.”

In tune with the current maker movement, Framework offers a glimpse into the process of creating handcrafted goods. “The design and build process is very analog in nature compared to the completely digital lifestyles that we live in today. It’s important that these shows continue to be produced since it shines light on the level of complexity of the work we as designers and makers perform,” notes Niu. 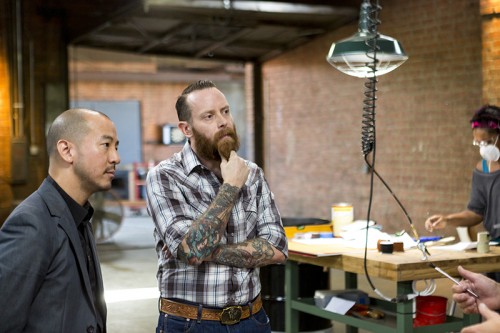 Niu is joined by hip-hop artist, Academy Award-winner and actor Common, and Hard Goods’ founder Brandon Gore on the judging panel. According to Niu, “Common is the tastemaker and represents the everyday consumer and Brandon Gore is the build expert. Both gave insightful critiques without the design lingo.“

As the show prepares for its final episode, Niu breaks down the finalists: “Jason [Radcliffe] is definitely the dark horse of the pack and winning the CB2 challenge by a landslide makes him a dangerous competitor. Jory [Brigham] is the most consistent of the three with great time management skills making him a solid contender and Freddy [Hill] is strategic and the biggest risk taker out of all of them, which makes him a threat because of his unpredictability.”

As the only formally trained designer on the judging team, Niu is often reminded of the intensity of his time at Art Center. “The demands on these competitors, designing, building and finishing an entire piece of furniture in 24 hours, with back-to-back-to-back challenges, was really impressive to watch.”

Responding to critics who claim that short time frames and unnecessary focus on interpersonal drama portrays an unrealistic image of the design process, Niu contends, “What people have to remember is that this is a design and build competition show. In real life a client wouldn’t hand you a fork and tell you to make something with it. The truth is we as professionals are always under time constraints and it’s up to us to come up with the most efficient and best solution to solve a problem. It’s no different being a student at Art Center or a competitor on Framework. I would say Art Center students often face more unrealistic time frames. The gallery to this day continues to amaze me in showcasing what a student can do in the time that they’re given.” 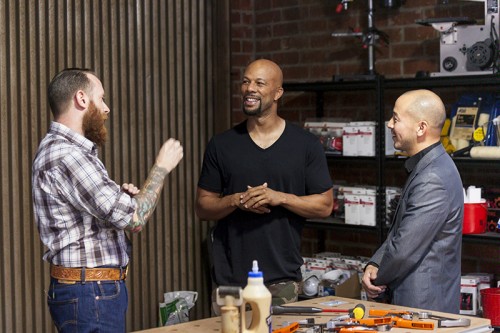 Starring on Framework has also given a boost to Niu’s business by increasing awareness about his products and showcasing who he is as a designer nationwide. Having opened up his own L.A.-based production facility and design studio in 2011, Niu is known for his holistic approach to design and clean, provocative aesthetics, as well as his desire to keep manufacturing in Los Angeles.

Niu has some sage advice for Art Center students and those thinking of entering the profession, “I would have definitely been more open to criticism, pushed myself creatively, and taken bigger risks design wise on my projects. I would advise students to listen carefully to what your instructors have to offer and challenge yourself to go beyond your comfort zone. The greatest hurdle every designer faces is his or her own pride and ego and if you’re not careful, it can take away from your learning experience at Art Center.” 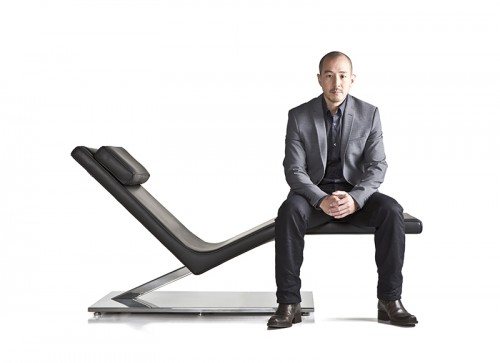