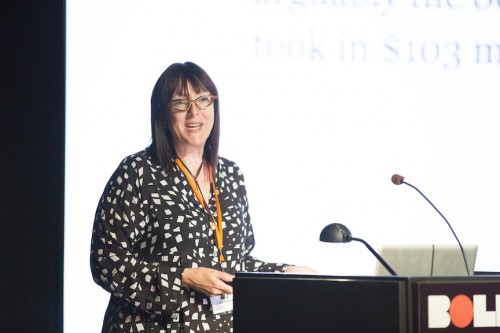 As a faculty member at Art Center College of Design in the late 1980s and early ’90s, on a campus nestled in the hills above the Rose Bowl in Pasadena, Lynda Weinman was trying to solve a simple problem. Her classes on digital media and motion graphics—computer design practices then in their infancy but in growing demand—were filled to overflowing. She wanted to make the popular classes accessible to more students, who at the time would literally camp out in the hallway to try and get in. And so she shifted the venue and began to teach 80 students at a time in an auditorium, rather than 15 at a time in a classroom. Soon after, she and her company co-founder, Art Center alumnus and Trustee Bruce Heavin (BFA 1993 Illustration), launched lynda.com to begin offering video recordings of her lectures, distributed first on VHS tapes, then DVDs, and with the arrival of the internet, online. Together the couple evolved lynda.com from its original concept as a free web resource for Weinman’s students, to a site for her books on Web design, to a respected and ever-expanding online training library now offering thousands of courses.

In what Weinman has described as a “20-year overnight success” story, lynda.com has become an industry leader in online learning, and this week the company was acquired by social media giant LinkedIn for $1.5 billion. It’s LinkedIn’s largest deal ever, and for Weinman and Heavin, it means extending their reach to an even larger global audience of creative and business professionals.

“While I’m incredibly proud of the library we’ve created, I’m more proud that we work in collaboration with schools,” said Weinman. “The type of education you get at Art Center where you’re allowed to foster critical thinking and collaboration skills, and to learn how to be critiqued and to present and to communicate—that’s what you’re really going to need in life and in a successful career.”

As lynda.com’s Chief Innovation Officer, Heavin is dedicated to making the educational experience fulfilling for both members and employees. He also oversees the visual branding and style, from creating the company’s iconic logo to ensuring the lynda.com aesthetic reflects its user-friendly teaching style. 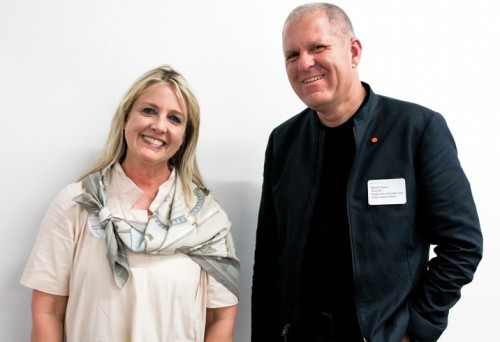 The company’s origin story goes back to when Weinman was working in Hollywood as a motion graphics designer, while teaching herself the basics of computer graphic design. As a young mother in 1984, she recalls, “I was really fortunate to be invited to come and speak at Art Center about my work on Star Trek and in computer graphics. My daughter was in a sling, I was nursing in the hallway in between my talk.” Afterward she got a call from the instructor saying that the students loved her presentation; planning to retire, he offered her his own job and she gladly accepted.

“One of the hallmarks of Art Center,” she recalled, “is that it hires working professionals who have industry credibility, which is why I was hired.”

She discovered she loved teaching, a fact that would shape her destiny.

As Art Center President Lorne M. Buchman told the Wall Street Journal, “She is a born teacher. I think that drives everything she does, whether it is the publication of a book, or setting up an international business.” 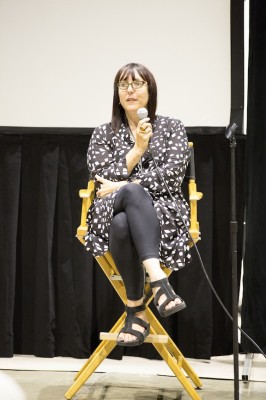 Weinman went on to pioneer a wholly new pedagogy, thanks in part to her ability to spot emerging opportunities early on. “I discovered the internet like everybody else in 1994 but the difference between me and everybody else was that I was a teacher here [at Art Center], and I realized right away that my students were going to need to know how to make websites, for clients and for themselves. I wrote a book in the way that I taught—approachable and easy to understand.” Designing Web Graphics, published in 1996, became a “tome of the times” and was translated into many languages.

“Our alumni and faculty are, and always have been, change makers, infused by Art Center’s culture of innovation,” said President Buchman. “We are a community of bold imagination whose impact is recognized around the world. lynda.com is a brilliant example of that, and of the increasingly powerful confluence of design and business.”

In September 2014, Weinman took the stage at Art Center’s BOLD symposium on creative entrepreneurship to deliver her keynote address. Before a packed house in the College’s Ahmanson Auditorium, she candidly touched on a range of early experiences instrumental in shaping her career. As a struggling 13-year-old student, she read Summerhill: A Radical Approach to Child Rearing, the ’60s bestseller that argued children would naturally develop a sense of motivation and love of learning if not forced to study. At her progressive private high school in Los Angeles—which she paid for with her $80 monthly hot dog stand salary—she took a class in feminism and discovered she “could be anything that [she] wanted to be.”

As Weinman wrote in her blog post announcing the LinkedIn acquisition, “Our story is one only possible in the Internet age, and it has been an unbelievable journey that proves just how much people have come to value and embrace new ways to learn new skills.” With LinkedIn as a partner, “We have a shared vision of connecting relevant knowledge to those in need of new or stronger skills, and believe that together we can positively impact the global job market and economy.”

Additional reporting on the BOLD symposium by Mike Winder.