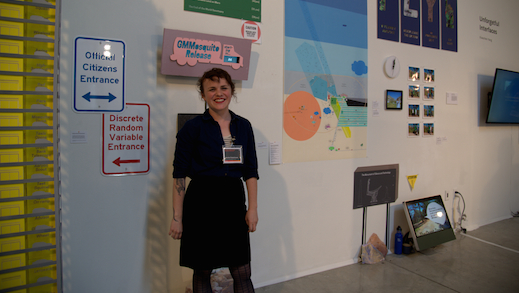 Imagine a world where scientific test sites operate like amusement parks, where robots disperse through their environment like seeds in the wind, where algorithms understand and incorporate the nuances of human language, and where the invisible data surrounding us is transformed into navigable terrain.

No, that’s not a back cover synopsis of the latest William Gibson novel, but rather thesis projects by then Media Design Practices (MDP) MFA candidates Jenny Rodenhouse, Ji Won Jun and Marcus Guttenplan, respectively, which were recently presented in the Wind Tunnel as part of that graduate program’s thesis exhibtion.

Earlier this month, a total of 13 students graduated from the program’s Lab Track, a course of study in which students complete a sequence of intense four-week studios focusing on emerging ideas from science, technology and culture, in fields ranging from synthetic biology to wearable technology to smart cities.

To celebrate the students’ accomplishments, and to further explore questions raised in their projects, on April 9 the program invited two guests—Sarah C. Rich, editor of Medium and its design-centered offshoot Re:form; and Eva Franch, executive director and chief curator of The Storefront for Art and Architecture in New York—to spend an afternoon with the students and to contextualize their theses later that evening. 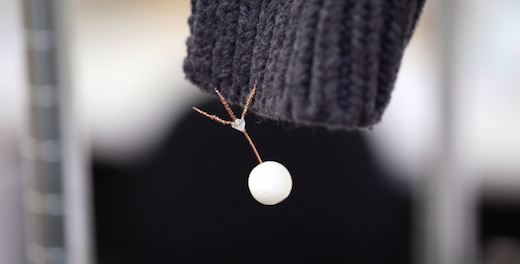 Rich told the assembled audience that she noticed two overlapping themes from the students’ projects, which she identified as: a fascination with making the invisible visible; and an examination of in-between or interstitial spaces.

The latter, she said, coincides neatly with her current interest in society’s increasing shift away from seeing things as existing on an “either/or” or “this/that” binary systems.

“We’re seeing that shift in neurodiversity with the idea that there’s not a normal or abnormal way to be, not a black or white way of functioning, but that there’s a spectrum,” said Rich. “There’s also a fluidity to gender that previously didn’t exist and a growing social acceptance that society can’t be shoehorned into just a few categories.”

When Franch took the stage, she pointed out that professional categories like designer, artist, architect and strategist were also being broken. 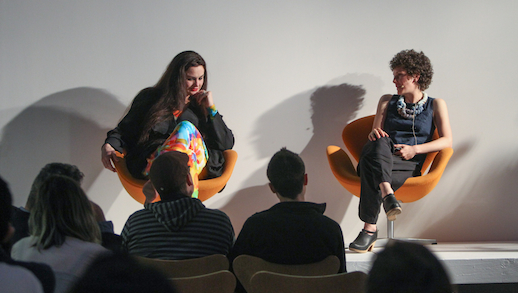 Franch said that though the students were experimenting with the latest technology, at their core their inquiries are the same questions humans have asked for thousands of years. She noticed three different lines of inquiry within all their theses: how to articulate forms of collectivity; what it means to be a singular human being; and exploring a state of confusion.

Take, for example, student Jasmin Blasco’s K_XYZ: The First Human Born in Space, several short films narrated by an individual who, as the title, suggests, is the first individual born in space. The project uses a very human voice to ask a series of philosophical questions.

“It’s fascinating to think what it means to be an extraterrestrial human,” said Franch of Blasco’s project. “What constitutes a human being? How do we relate to our surroundings as beings? How does one start becoming something else?” 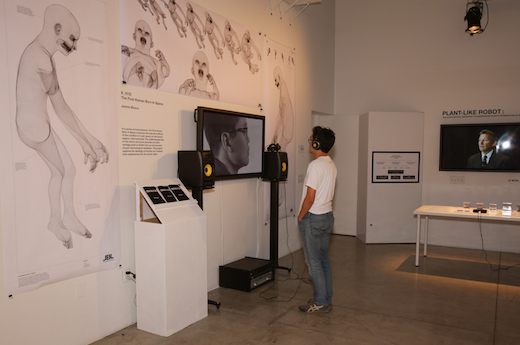