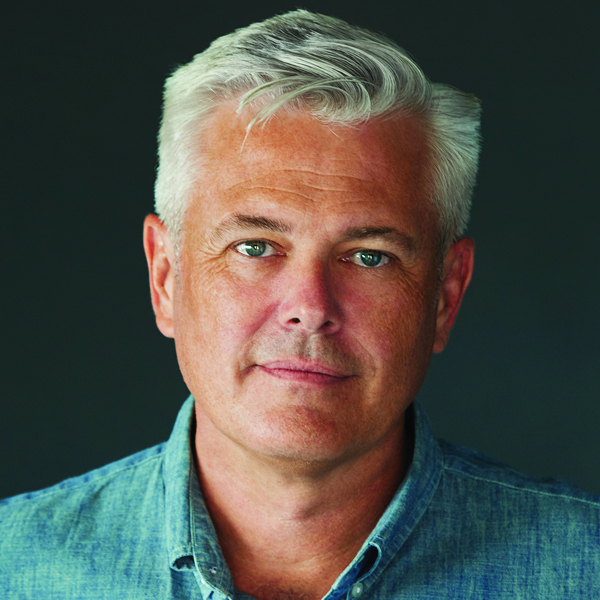 Provost Karen Hofmann announced that, after an extensive international search, the College has named Sean Adams, recognized as one of the most influential graphic designers in the United States, to the position of chair of the Graphic Design department. Adams, who has been teaching at ArtCenter for 15 years and helped launch the wildly successful Graduate Graphic Design program, most recently served as interim chair of the department. He officially took over the permanent role on March 11, 2019.

“Sean’s dynamic leadership of the ground-breaking graduate graphic design program was instrumental in the rapid-fire success of this new enterprise in less than three years, way ahead of the five-year enrollment goal,” said Hofmann. “His deep commitment to diversity, equity and inclusion and the need to raise funds for scholarships are just a few of the many reasons he is the ideal candidate for the position.”

“I am excited to serve ArtCenter and thrilled to lead our community of imaginative risk-takers as they push boundaries and design the future,” said Adams.

During his candidacy for this position responsible for both the undergraduate and graduate Graphic Design programs, Adams emphasized the need for the department to prioritize thinking and exploration of new conceptual and formal practices in light of how emerging technologies, such as artificial intelligence and the business of outsourcing, impact traditional graphic design practices. He stressed the need to balance the craft of graphic design with an emphasis on problem-solving, disruption, risk-taking and empathy to prepare students to have viable and long-standing careers in multiple media. He also articulated his drive to diversify the graphic design student and faculty population, culture and curriculum to better reflect the audiences the industry serves.

During the last several years, Adams has served on the editorial board of Design Observer, a website devoted to a range of design topics; he has continued to author celebrated books and publications and has developed numerous courses for lynda.com (now, LinkedIn Learning). He is the only two-term national president in the history of the AIGA, the professional association for design, that serves 70 chapters and more than 25,000 members worldwide.

Prior to teaching at ArtCenter, Adams was co-founder of the internationally recognized firm AdamsMorioka from 1994 until 2014. Currently, he works with a range of clients through his practice, The Office of Sean Adams. His clients have included The Academy of Motion Picture Arts and Sciences, The Walt Disney Company, The Getty, Los Angeles County Museum of Natural History, Nickelodeon and Sundance.

In 2014, Adams was awarded the AIGA Medal, the highest honor in the profession. As an AIGA Fellow and Aspen Design Fellow, he has been recognized and published in numerous industry mediums including How, Print, Step, Communication Arts and Graphis. His work has been exhibited often, including a solo exhibition at The San Francisco Museum of Modern Art. ID Magazine cited him as one of the 40 most important people shaping design internationally and GDUSA names him one of the top ten influential designers working in the United States.

An alumnus of California Institute of the Arts (CalArts), Adams is a proud board member of FullCircle, a group of individuals committed to supporting ArtCenter students on their educational journey and in developing successful career paths.

Adam’s appointment follows a comprehensive search to identify and attract a diverse and highly qualified group of potential candidates from around the world. Hofmann expressed gratitude to the committee of students, faculty and staff who conducted the search. The committee’s extensive process included multiple rounds of interviews, presentations, reference checks and gathering input from the ArtCenter community.