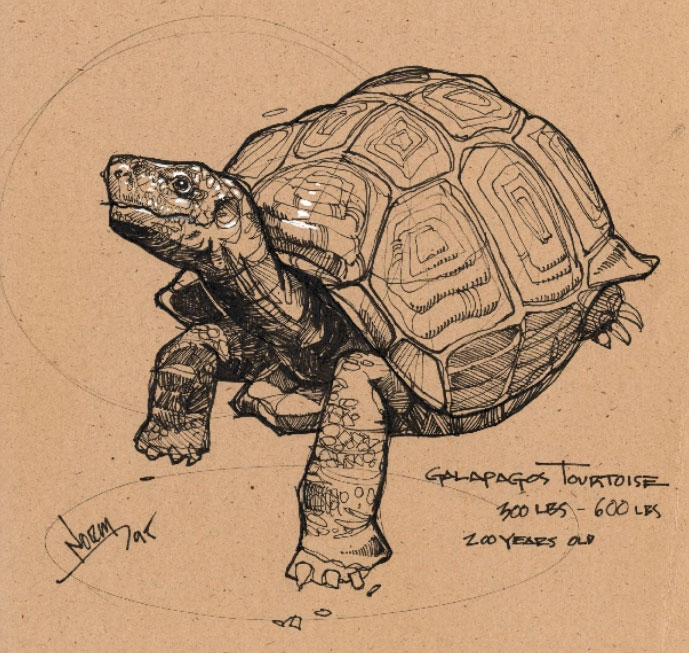 To Draw is to See: The Sketchbook of Norman J. Schureman is now available for purchase at blurb.com. Edited by faculty member and alumnus Fridolin Beisert, the sketchbook features more than 100 of Schureman’s master drawings.

This stunning collection showcases his talents as a designer and teacher. From birds to dinosaurs and from tanks to insects, every page is an inspiring example of his legacy.

All proceeds of this book go to his two sons, Milo and Kian. Preview the book online. 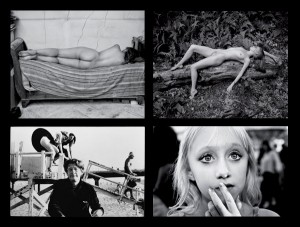 Tonight is the New York opening of Three Boys From Pasadena: A Tribute to Helmut Newton, featuring the photographs of Art Center alumni Mark Arbeit, Just Loomis and George Holz. The exhibit will run through Jan. 30 at Clic Gallery in New York.

Helmut Newton (1920-2004), a native of Berlin, was known for his provocative and erotically charged black-and-white photography, especially of female nudes. His shocking and later much-imitated style was a constant in the pages of US Vogue and Vogue Paris.

Arbeit, Holz and Loomis first met Newton in 1979 while students at Art Center. Eventually all three became Newton’s assistants during one of the most exciting and prolific times in his career. For 30 years, they kept in touch, sharing their personal work with Newton and his wife, June.

In June of this year, Three Boys from Pasadena, curated by June Newton, premiered at the Helmut Newton Foundation in Berlin. The exhibit consists of each photographer’s individual work, as well as several memorabilia panels consisting of never-before-seen snapshots, handwritten notes, journal pages, contact sheets and other souvenirs of Newton’s life. Three Boys from Pasadena is an exceptional memorial to one of the 20th century’s most iconic photographers, and an unusually revealing look at personal and professional relationships among artists and protégés.

The accompanying book, published by Factory/LeJoker, is available as well. There will be a book signing at tonight’s event.

Art Center’s in-house Design Office has been featured in Print magazine’s Regional Design Annual 2010, with two pieces included among the best American designs of the year.

The most comprehensive survey of graphic design in the United States, entries are divided by region (ours falling into the “Far West.”)

They’re in good company – the entries from this region ranged from a TEDIndia brochure to (RED)NIGHTS benefit posters to editorial illustrations for The New York Times Magazine.

“Good design is smart and thoughtful. Good design is provocative. Inventive. Good design enlightens and enhances our understanding of the world; has the capacity to elevate the spirit. A good designer is a catalyst; he or she makes all of the above happen and is able to inspire others to do the same.”

Congrats on a well-deserved honor! 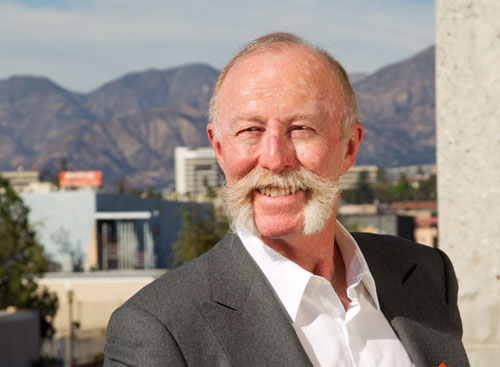 Alumnus and Trustee Doug Boyd has spent time across the map: he was born in Canada, went to high school in Phoenix, moved to Los Angeles to study Transportation Design at Art Center, then to Detroit for work. But he found himself returning to Southern California—the warm climate and creative energy drew him back. More than a decade after graduating from the College, he found it calling as well, and became reconnected with his alma mater and fellow alumni.

The founder and president of integrated marketing firm Boyd Communications, he was recently appointed to the Art Center Board of Trustees. We sat down with him to find out a little more about our new Board member.

Dotted Line: Any fond memories that you’d like to share about your time at Art Center?
Doug Boyd: How much time do you have? There are so many. The classes I had with Strother MacMinn are memorable to this day. Fine art instructor Lorser Feitelson had some of the most remarkable people stop by his Saturday morning classes. One morning, we came in and Edward G. Robinson was standing there smoking a cigarette in the auditorium with Lorser. They were talking about having lunch with Picasso in Paris, and all the affairs he was having with women. It was fantastic! I have countless memories like this.

Dotted Line: Have you remained active with the College over the years?
Boyd: I have, since returning to Southern California. I’ve been actively involved with alumni groups over the years. Occasionally I’ve helped instructors, coming in to a class and giving special assignments, or sometimes just sitting in on a class and observing. I love being involved and I love being around the students. Their creative energy is contagious.

Click here for a video interview with Doug Boyd

Dotted Line: You’ve witnessed the evolution of the College over the decades first-hand. How is it different from when you were a student?
Boyd: The differences from when I was a student at the campus on Third Street are extraordinary and quite significant. The world has also changed a great deal–students that were in the school then had a much smaller world to deal with. As the Board, College administration, faculty and alumni look at how to prepare our students for tomorrow, we realize that the world is much more complex, and far more demanding. Therefore, it’s the responsibility of the school to provide an environment and instruction and vision for students to thrive in this new world.

END_OF_DOCUMENT_TOKEN_TO_BE_REPLACED 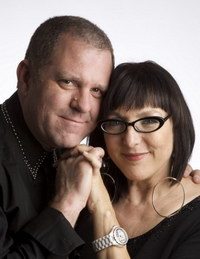 In the video below, Beisert discusses his time at Art Center and some of the lessons he learned here:

Do you remember earlier this year when Google ran an ad during the Super Bowl? Here it is below. Take a quick look—we’ll wait:

OK. What is interesting about this ad—despite the fact that it is for a company whose CEO once called advertising  “the last bastion of unaccountable spending in corporate America”—is that it was created by a group of advertising and design students dubbed the “Google 5.” Recent Art Center Media Design program graduate Jonathan Jarvis was one of five chosen from a pool of 400 applications. 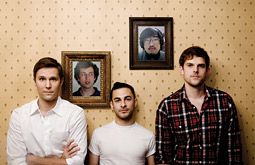 From AdAge: “The 5 program is an experiment launched last year by the Google Creative Lab and its executive creative director, Robert Wong. The company sent a call out to 12 schools searching for interesting talent who would work inside the Creative Lab for a year and then be sent out unto the industry. So, with the Google 5, the company gets new creative blood and the industry gets young talent that is schooled in Google, and, by extension, the post-digital/new advertising way—tech-forward, open-source, collaborative and smart.”

The 5 worked on a wide range of projects, from the Nexus phone to Hulu ads to the Google Christmas card. Their year-long tenure ended in June.  But the new Google 5 have arrived—and it includes Chris Lauritzen, a designer/”wild card” from Art Center ‘s Media Design program.

We can’t wait to see what they produce. They’re already tackling projects including Google search, Google TV and the Chrome browser.

Read more in this fascinating story at AdAge: Meet the Google 5, the Team Behind ‘Parisian Love’ Super Bowl Spot

A hearty congratulations to Fine Art alumnus and installation artist Jorge Pardo, who has been named a 2010 MacArthur fellow, and recipient of the MacArthur ‘genius’ award.

Pardo, as the other 22 recipients, recently learned through a surprise phone call from the John D. and Catherine T. MacArthur Foundation that he will receive $500,000 in “no strings attached” support over the next five years. MacArthur fellowships come without stipulations and reporting requirements, allowing fellows unprecedented freedom and opportunity to reflect, create and explore.

It’s been one of the greatest mysteries of the transportation industry: Just who designed the Ford Capri?

It’s taken four decades, but we finally know the answer. And interestingly enough—and probably not surprisingly—he was an Art Center alum. Phil Clark, an Iowa native who graduated from Art Center in 1958 and went to work for Ford in 1962, was the designer of Mustang’s galloping horse logo. Thanks to his daughter Holly, Clark has been identified as the designer of the Capri as well.

Holly was just a toddler when her father died of kidney failure at age 32. As an adult, she began an extensive investigation, piecing together his surviving art folios.

Read more at Hemmings Blog and at Holly’s fascinating site about her father.