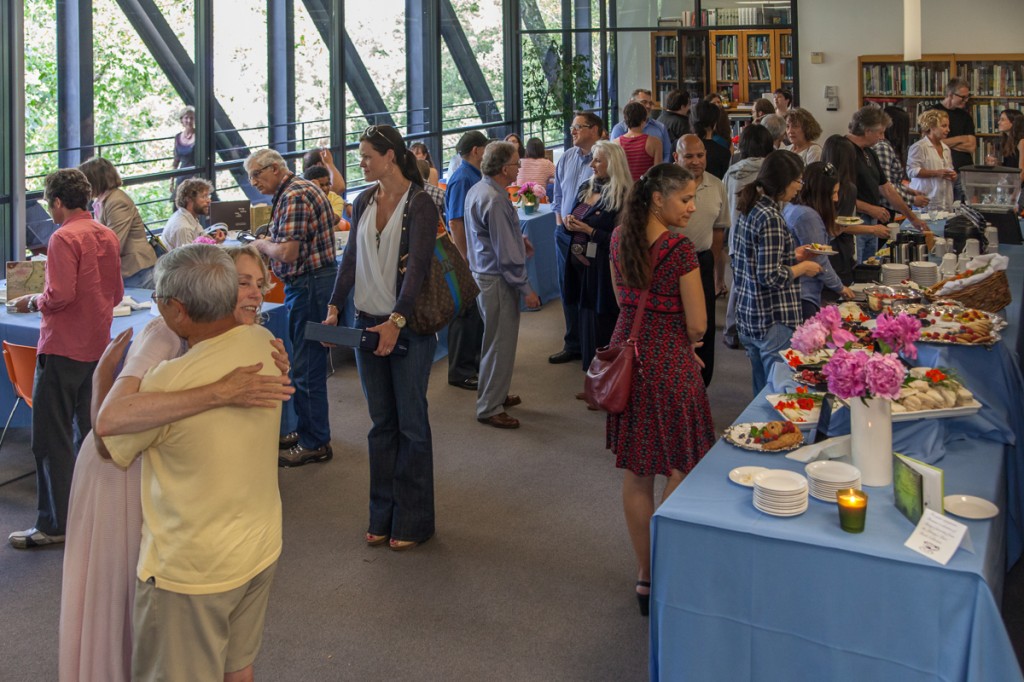 Betsy Galloway embraces a well-wisher during her retirement party in the Art Center Library. Photo by Chuck Spangler.

Friends and colleagues old and new gathered together for an Alice in Wonderland-inspired tea party to celebrate Betsy Galloway’s 35 years of devoted service and commitment to Art Center and its students. Betsy’s retirement from her position as Vice President, Library, was announced in mid-May, and her farewell party took place in the Library June 11.

“Through Betsy’s leadership and management of the Library and her collaboration with her remarkable staff, she has ensured that the Library is a professional and social community resource that enhances the rich and full educational content that the College offers,” said Provost Fred Fehlau. “She has made significant contributions throughout her tenure in her management of the Library and its other resources, including our institutional Archives, which have served thousands of students and researchers.”

Outreach activities spearheaded by Betsy have included information events and guest speakers that benefit the entire college community. She also played a key role in Art Center’s co-hosting the Art Libraries Society of North America’s international conference in Pasadena in April. During her long tenure, she oversaw the introduction of the Library’s mobile application, international student research tutorials, use of social media, video tutorials for remote learning, and library orientation programs. She credits her colleagues with innovations such as a unique and growing collection of zines, which are typically self-published and usually impossible to find in bookstores and libraries.

“The work of a library and the ways we do that work have changed dramatically in the years since I first entered the field,” Betsy explained. “The advent of the digital era brought big changes that are still unfolding, and now feels like the right time to pass the torch to a new generation.” 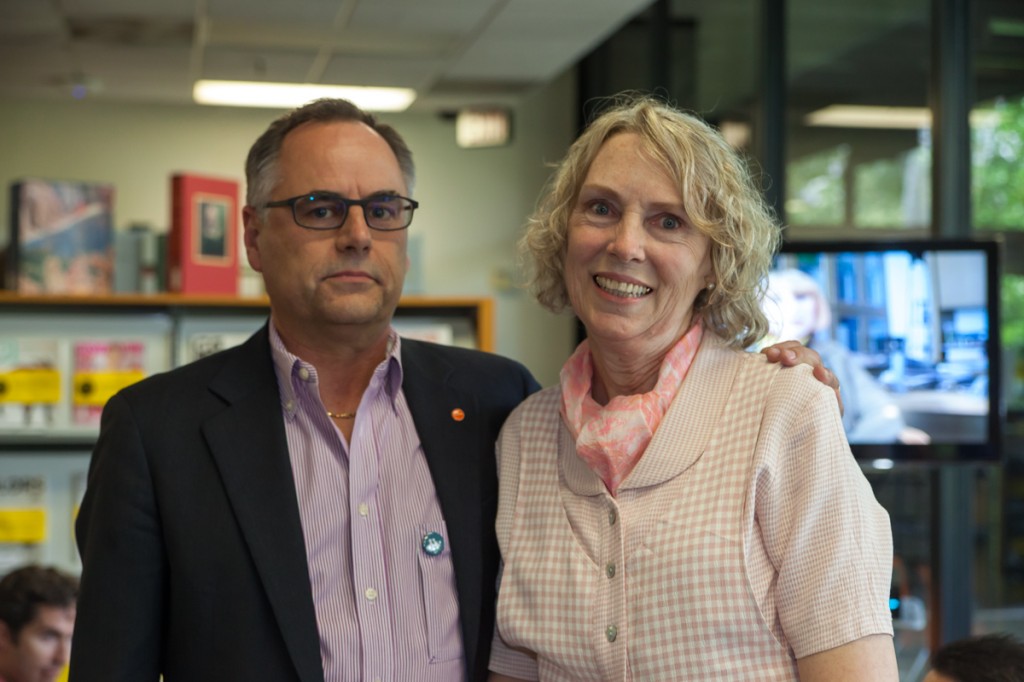 What are her plans for retirement? “I’m going to read more books than I ever could as a librarian,” replied the passionate bibliophile. What’s first on her reading list? “All the Sir Walter Scott novels,” she said, citing the noted Scottish writer whose early 19th century works of historical fiction include Ivanhoe. She also has a yen to work with her hands and plans on learning some traditional skills.

Betsy lives in the Los Padres National Forest area north of Los Angeles with her husband Howard Galloway, a 1979 Art Center Film alumnus — they met when he returned to Art Center to work as a counselor. Her commute to work, long even by L.A. standards, is one thing she will not miss.

Her husband and their son, Howard William Galloway, a student of philosophy and theology at Thomas Aquinas College in Santa Paula, were both on hand for the farewell festivities. Staff members had arranged tabletop displays of books, along with white gloves for handling those drawn from the Library’s rare books collection. Among the guest of honor’s favorites: Undine, illustrated by Arthur Rackham, and He Was One of Us, illustrated by Rien Poortvliet.

“Betsy has been an outstanding colleague and supporter of the College,” said Fehlau, “and I hope that everyone will join me in extending appreciation to her for a job well done, and best wishes to her and her family in her retirement.”

The Librarians Have Landed! And They’re Coming to Art Center