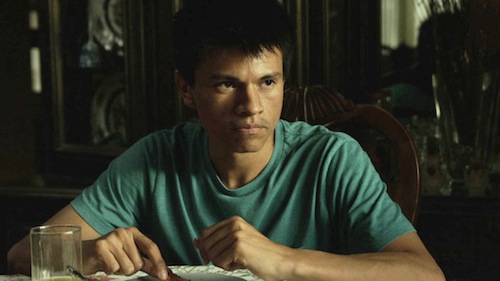 To be embraced by the notoriously finicky French is a badge of distinction for any artist. Just ask Jerry Lewis. Or Mickey Rourke. Or Charles Bukowski. Or for that matter, Sebastian Leda (00 Film), who won his second award at Cannes Lions this past May for a commercial entitled “Robocop.”

What separates Leda from the legions of directors and producers who have exited the festival with statuettes in hand is that Leda and his longtime creative collaborator, Francisco D’Amorim, are the only winners to have received prizes for spots targeted at the Hispanic market. Both “Robocop,” which took home this year’s Silver Lion award, and “Crying,” which garnered the Gold Lion at the 2010 festival, represent the kind of high production value commercials tailored to Latino audiences defining all the work produced by Dos Ex Maquina, the company Leda formed with D’Amorim shortly after graduating from Art Center.

Cannes Film Festival voters are far from alone in recognizing the value and vast reach built into Leda and D’Amorim’s business plan. The duo has been thriving both critically and commercially ever since they made the fortuitous (or prescient) decision to distinguish themselves from LA’s mob of young, hungry directors by catering to an under-served and rapidly growing viewership.

In the Q&A below, Leda gamely agreed share a few ingredients in the special sauce that’s given him a competitive advantage in the world’s most competitive (and lucrative) industry.

The Dotted Line: What was the catalyst for starting a commercial company targeting the Hispanic market?

Sebastian Leda: When I moved from Argentina to the US to study at Art Center, I had no idea about the emerging Hispanic market in the US. After I graduated I got a job as an agency producer at a Hispanic ad agency. I got to know the industry and realized there were a lot of opportunities in this market. I felt that the quality of the productions that were being done could’ve be improved if we started looking at this evolving market with different eyes. Argentina has an amazing pool of talent for commercials so I partnered with two production companies (Blue and Rebolucion) in Argentina to bring some of their amazing directors to the US. Since then we have been shooting spots for Toyota, T-Mobile, Comcast, Nature Valley (to name a few) with directors such as Pucho Mentasti and Armando Bo.

TDL: How have you overcome some of the biggest challenges and obstacles to launching a career in Hollywood?

SL: I didn’t wait for opportunities to present themselves– I created my own opportunities. I wanted to be in control. Most directors end up being in the roster of a production company and have to wait until they get called on a job that some how fits their reel. When you are starting out that’s very difficult, it usually small jobs, and it’s very hard to compete with more established directors. Your career is in the hands of a production company, and young directors are not usually their number one priority. On the other hand, opening a production company with no track record was a big gamble. That’s why partnering with very successful companies and directors in Argentina proved to be a good idea.

TDL: How did your time studying at Art Center inform or influence the success you’re having now?

SL: Art Center allowed me to experiment a lot, and I was exposed to an overwhelming amount of information. You are constantly doing new work, it was one of the most prolific times in my life. As with everything in life, you get what you put into it. I realized that if I worked hard enough in improving my craft, and never stop producing new work, in time success will come.

TDL: Who are some of your biggest creative influences?

SL: This is always difficult to answer. It changes and evolves all the time. Also most people have the same influence so it’s starts to sound like a cliche when you name them.

TDL: What was your most memorable moment at Cannes Lions either the first or second time?

SL: The funny thing is that both times I won in Cannes I wasn’t there. The first time I didn’t have the money to go, we were just starting with the production company. And this last time I was in bed with a kidney stone, so I couldn’t go. Every year in between I went to Cannes and came back empty handed. So now I’m not sure if I should go if I want to win.

TDL: What’s your next project or goal you hope to conquer?

SL: Right now we want to cross into the General Market in the US. I will always work with the Hispanic market, but as Hispanics get more assimilated into the mainstream (Hispanics will be the majority in the US by 2043), more and more we are going to see spots targeted to this new bicultural market.