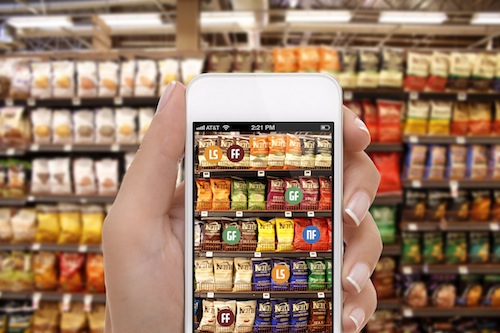 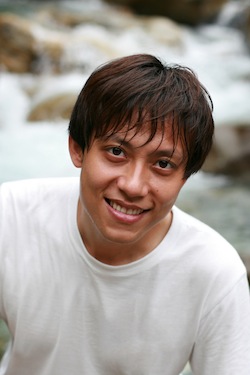 Young came to Art Center after simultaneous careers as a network engineer and a swing dance instructor. Both fueled his interest in design. Working in technology and consulting, Young said, “I came across so many horrid interfaces and became really frustrated. When I was doing network diagrams and so on, I would worry about alignment and ease of legibility, things like that. As a dance instructor, I had to do my own self-promotion, creating websites and brochures and things like that.

It was easy to learn the “how” of something, Young said. But the “why” of one aesthetic choice over another “was always a question that puzzled me.”

A typography class at Art Center at Night inspired Young to enroll in the Graphic Design program. A few quarters in, he became a teaching assistant and, following his honors term, Young taught his own Interaction Design night class at Art Center. Asked to define interaction design, Young laughed. “I get this question quite a bit. Interaction design is basically the study of human behavior, kind of applied to technology. It’s basically digital product design.”

When it comes to defining and refining design challenges, Young said, Art Center taught him “the way out is the way through. Look at it from a different angle and try a whole bunch of different things until you actually understand not just the solution, but the question that you wanted to ask in the first place.”

It’s a different process than working through a problem in engineering, Young said, “where there are always these known methods of solution and you’re trying to form an analysis. With the creative arts, you don’t really know what you’re looking for—you don’t even know if you’ve asked the right question. So it’s very easy to get frustrated.”

As an example, Young described the moving particle system he used in his creation of a generative logo and interactive signage for the annual “Cyarts Experience,” a conference for creative coders and media designers. When a viewer stood in front of a large screen alive with randomly moving circular particles, the particles would respond by converging into the Cyarts logo.

“I kind I got stuck several times trying to come up with the right combination of those things,” Young said. “It was my first attempt to design not just a logo, but one that was dynamic and moved, and using programming to do it.” Eventually, through exploring what was possible within existing constraints, he said, “the lines that made sense to connect the dots emerged by themselves. But I wouldn’t have been able to see that without exploring those options.”

Among Young’s other projects are “Rebirth,” an interactive installation “inspired by the idea of living architecture driven by biological processes,” animated “in sync with the human heartbeat”; and “Green Eggs and Ham,” which transmediated the Dr. Seuss classic children’s book as sound—converting all text elements into pitch, pauses and musical instruments—and projected coded data animation onto a wall-mounted sculpture shaped like a fried egg, sunny side up. Young did the latter during his honors term and independent study with Art Center’s Transmedia Design Director Brad Bartlett.

“Art Center has been a tremendous life-changing experience for me,” Young said. “It has permanently changed the way I think and how I’m able to solve problems, when you don’t know what the problem’s face looks like or what question to ask.”

Students coming into the Graphic Design program, he advised, should take advantage of the fact that it will train them to become “an upside down ‘T’ shape designer, meaning that there’s an area of specialization, and this kind of broad base. Explore the shape of the ‘T’ that makes you feel strong and comfortable and powerful,” Young said. “Don’t be afraid to go outside of your comfort zone and really expand that base, but also continue to ask yourself what it is that you would be happy doing, what interests you in a very personal way, and then really become an expert in that.

“School is the best place for you to develop your voice,” Young stressed. “Figure out what it is that you would be proud to make—that if this thing were made in this world, you’d be happy to see more of it. Art Center is a really great place to explore that.”