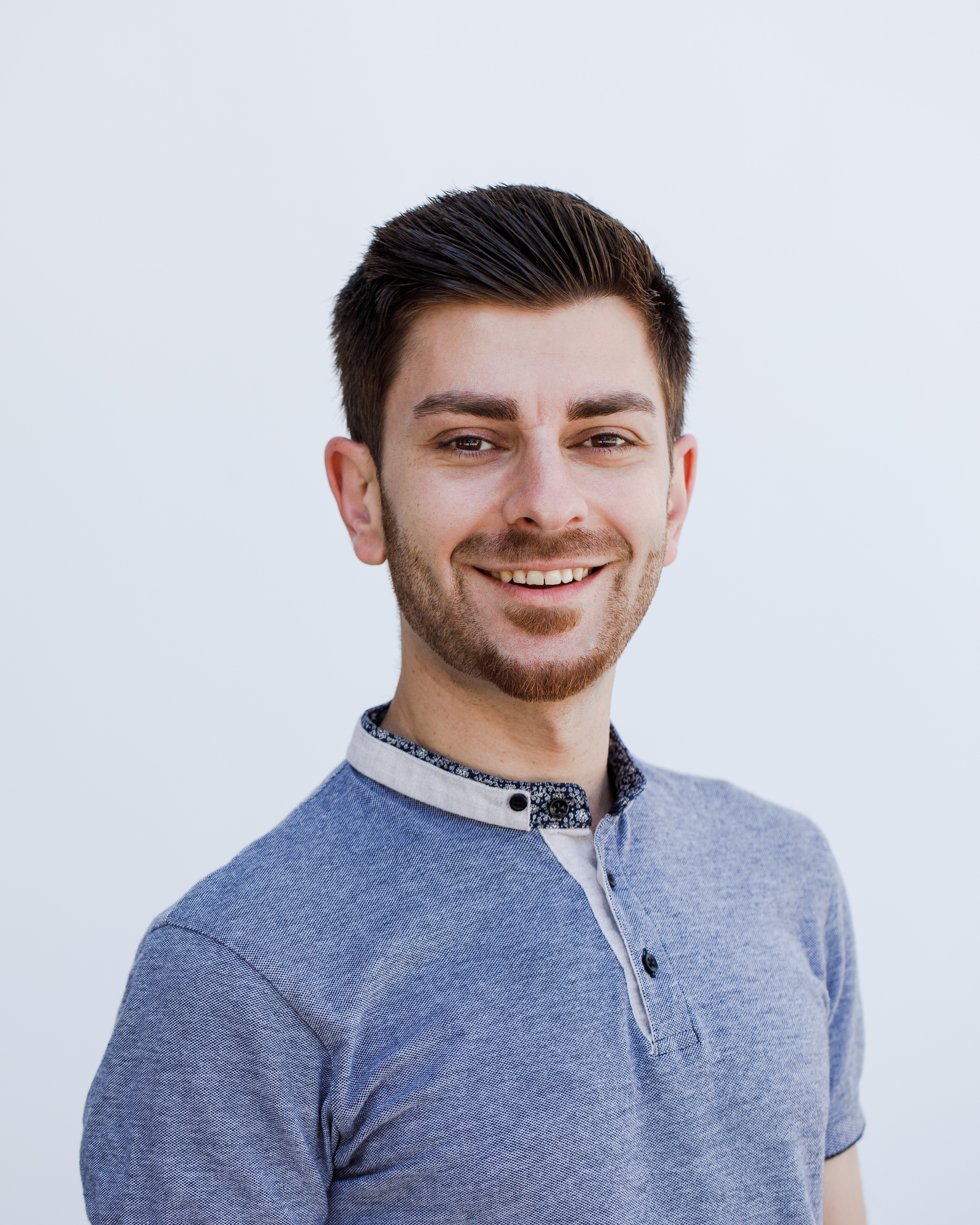 The Student Leadership Award, bestowed on one graduating student each term, doesn’t come with a stipend, scholarship grant or new car. Yet it is one of the most coveted honors awarded at graduation. What really sets this award apart from other achievements is that it recognizes efforts that are optional—it allows us as an institution to say thank you to students who have devoted time to improve the ArtCenter community—time that is taken away from course work, personal obligations or rest.

This term’s Student Leadership Award Winner, Product Design graduate Arotin Hartounian, didn’t exactly stumble into leadership positions, nor did he seek them out, but when he saw a need he stepped forward and accepted responsibility

The larger ArtCenter community was introduced to Arotin in 2012, when he was taking classes through ArtCenter at Night (now ArtCenter Extension) and was featured on ArtCenter News. Immigrating from Iran with his parents at the age of 10, he told us, “As a kid, I was always drawing and experimenting with images, but the thought of pursuing art as a career never crossed my mind. That would have been unimaginable. Those opportunities just don’t exist in Iran.”

Once high school art teachers alerted him to the career possibilities of artists and designers, Arotin set his sights on ArtCenter, first working as an employee at the Follett Student Store prior to enrolling in the Product Design Department in 2015. He immediately engaged with the student-run group EcoCouncil, which has traditionally has been one of the College’s most active and stable student initiatives. At the time Arotin joined, however, EcoCouncil was suffering from a lack of leadership and direction. By his second term, Arotin was named its President, a position he held for the next 8 terms. He helped revitalize the group and, during his tenure, EcoCouncil dedicated renewed efforts in community gardening, spearheaded the installation of filtered water stations throughout campus, hosted regular flea market sales for students to buy and sell materials from each other and installed hubs around campus for donating unused materials. Their biggest project was working with the College towards creating a zero-waste institution by focusing attention on sustainability and creating a mechanism to help students share unused and old supplies.

Arotin’s natural leadership skills were once again put to the test when he participated in a Sponsored Project course that offered a promising collaboration—ArtCenter students from different majors joined with students from USC’s School of Architecture to reimagine the visitor experience for the Museum of Contemporary Art Los Angeles (MOCA). The collaboration experienced a rocky start—a rift started to develop between ArtCenter and USC students and then things deteriorated further when disagreements between students from the different ArtCenter majors emerged. Noticing a leadership gap, Arotin stepped in and took on the role as project manager. The time and effort he devoted to resolving conflicts and clearing up miscommunications was rewarded when team dynamics improved and the team was able to collaborate on their final presentation to the museum director and members of the MOCA board.

A faculty member wrote, “Arotin is one of those rare students who makes a positive impact in just about every activity he participates in.”

Arotin was also an active participant in the ArtCenter Business Club, helping organize guest speakers and other campus programming. His interest in business, lead him to be a part of ArtCenter’s collaboration with INSEAD, where he helped facilitate a design-thinking workshop for design executives. In addition to that opportunity, Arotin received a Designmatters fellowship that allowed him to participate as an intern in the Los Angeles Innovation Team, an in-house design and data consultancy to the Mayor of Los Angeles. Arotin also pursued a study abroad opportunity to study atr the Oslo School of Architecture and Design. Thanks to a Diversity and Access Travel Award, he was able to attend the Norway Ocean Summit and was chosen to represent both ArtCenter and the Oslo School of Architecture and Design at RSD7, the Relating Systems Design and Thinking 7 conference in Turin, Italy. Over the years, Arotin has served our internal community by providing leadership where it was much-needed and he served the College as an ambassador ably representing ArtCenter internationally.

As always, the selection committee was faced with a difficult choice in choosing the award winner. All nominees have contributed to the ArtCenter community in myriad different ways and we will certainly miss them all.

Staffers are going to miss long-term student worker Illustration major Alec Bickelhaupt, who started working as an Orientation Leader his second term at ArtCenter and never stopped. By the time he graduates this week he will have served 16 terms in this role. Additionally, he worked Career and Professional Development’s Recruitment Open House event approximately seven times and served three terms as a Tour Guide for Admissions.

Advertising major Sophia de Lara’s start with co-curricular activities started when she volunteered to be part of the 2007 TEDxACCD event. Sophia found the experience of working with a team of fellow students fulfilling and that inspired her to become involved in ACSG in various roles. She also joined the Antiracist Classroom student organization, teaming with the founders to create spaces for students to heal, learn, create community and feel empowered.

Graphic Design major Charles Lin took grief and turned it into the inspiration that drove his time at ArtCenter. After applying and receiving a coveted Student Leadership Educational Development (SLED) Grant, he reconnected with his love for theater and successfully advocated for producing a live performance instead if creating a digital installation. He subsequently used this success to find a way to incorporate live performance into other classes. By advocating for his passion, he was able to craft the education he wanted.

Andres Zavala, originally from Tijuana, pursued his love of architecture while studying Environmental Design at ArtCenter. He served as a Teaching Assistant for three terms, participated in the Designmatters’ Safe Niños Studio in Santiago, Chile and received a Social Relevant scholarship from IIDA for his Nest project, an emergency temporary housing solution.

ArtCenter thanks and congratulates all the nominees for their commitment and dedication to making the College a more compassionate, transformative and life-changing environment for all of us.