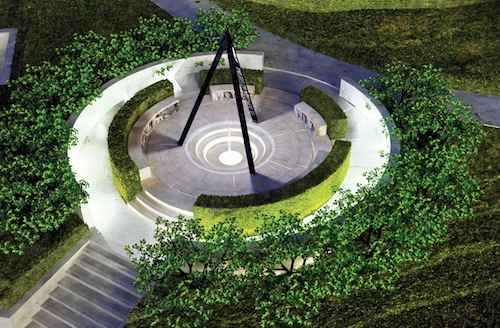 Menard’s design concept was selected by the Pasadena Armenian Genocide Memorial Committee (PASAGMC) in January, at the conclusion of a two-phase competition. The monument will be built at a proposed site in Pasadena’s Memorial Park once PASAGMC completes its fundraising campaign. Dedication of the public artwork is set for April 2015, coinciding with 100th anniversary commemorations of the Armenian Genocide.